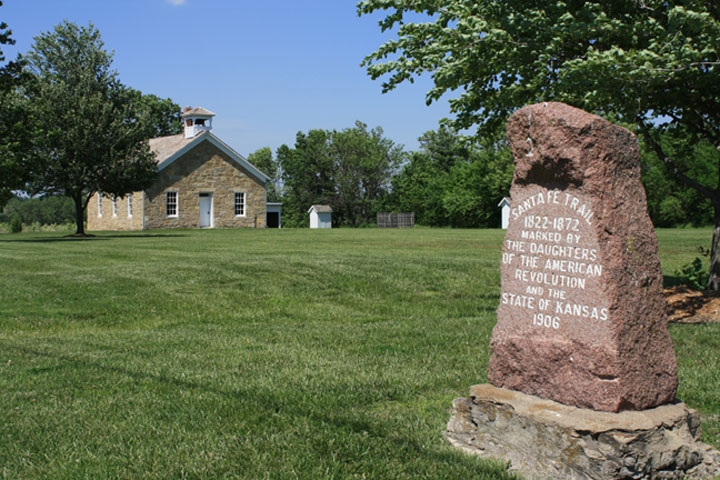 This September is the 200th anniversary of the first organized wagon train down the Santa Fe Trail. The route between Independence, Mo. (and later Westport, Mo.) to Santa Fe, México (New Mexico, today) was a vital economic generator and captured the American imagination then as now. Between 1821 and the 1880s, several other trails – besides the Santa Fe, the Oregon, California, and Mormon Trails – all crisscrossed the county and led many thousands of people to what is now the wider American West. Johnson County’s proximity to the Missouri “jumping off” points meant this rich history played out across its landscape for more than a half century.

Becknell’s expedition in 1821 was certainly not the first group to traverse the ground from what was then the edge of the United States to the edge of México. But what started with a small party leaving Franklin, Mo. late in the summer season rapidly turned into a deluge of people, livestock, trade goods, and coins moving across the state of Kansas. México, newly independent from Spain, had its boundaries near Dodge City, Kan. and westward along the Arkansas River. Santa Fe was located on a major north-south trade route within México (called the Camino Real, or royal road), and the Santa Fe Trail would deeply connect the American economy to that of México for decades. Merchants and traders from the United States drove west into México and their Mexican counterparts drove east to the U.S.

Johnson County was the natural location for the first night on the trail for those who left from Westport. Thousands, perhaps hundreds of thousands, of travelers crossed its landscape over the dozens of official trails, unofficial trails, cutoffs, and re-routes. With camp names like Lone Elm, Sapling Grove, and Elm Grove, the landscape of wooded creeks and short-grass prairie was a relatively easy entrance to the tougher western landscape. Throughout the pre-Kansas Territory era, seven years as a Territory, the American Civil War, and the prosperous decade that followed, the Santa Fe Trail (and after the 1840s, the California and Oregon Trails) brought economic prosperity to Independence, Westport, and eventually early Kansas City, Mo. Traders and farmers in Johnson County also prospered from the trails, especially those who rented out grazing lands to the oxen who pulled the wagon trains. But by the 1870s, railroads had largely replaced the westward trails, connecting far-flung places in less time than wagons on rutted roads.

In 1902, the Daughters of the American Revolution (DAR) sought to commemorate the incredible bravery, tenacity, and entrepreneurial spirit of those Americans and immigrants who drove west. The Kansas DAR chapter raised enough money for 86 red granite markers placed strategically to identify locations of importance on the Santa Fe Trail across the state. Chapters in Missouri, Colorado, and New Mexico followed suit and marked the trail in their own states, and local chapters of Old Settlers groups often aided in the fundraising or placed their own markers.

DAR placed five markers across Johnson County in 1906. One was located in Overland Park. Another “one and a quarter miles south” of Lenexa. A third was placed on the courthouse grounds in Olathe. A fourth was installed at the Sunflower School, located mid-way between Olathe and Gardner. The last was placed at Lanesfield School, two and a half miles northeast of Edgerton. Over the years, additional markers from various groups have been placed at locations across the county (including two more by DAR: one at Mahaffie Farmstead & Stagecoach Stop and another at Lone Elm campground), and more recently, brown roadside signs help alert motorists to the history with which they are intersecting.

The marker erected in 1906 still stands near the Lanesfield Visitor’s Center today. Lanesfield was a short-lived abolitionist town not far from Edgerton and Gardner. Although the town dissolved (literally, moved brick by brick) after the railroad bypassed it in the 1870s, the school remained and its early students recalled seeing wagons rolling west across the nearby landscape.

If you visit Lanesfield, you can read more about the history of the trails, the school, and the old town on interpretive markers located throughout the site. Nearby, Gardner Junction Park provides information about the point at which the Santa Fe Trail and the Oregon and California Trails diverged. The Gardner Museum also relates the early history of the area and the town’s connection to the trail economy. For more information about the DAR Trail markers, see: https://santafetrailcenter.org/dar-markers/

Lanesfield Historic Site is open without charge the second Saturday of each month through the fall. Visit Saturday, Sept. 11 and Oct. 9 between 10 a.m. and 4 p.m. The annual Lanesfield Fall Open House is scheduled for Saturday, Oct. 30 from 11 a.m. – 4 p.m. In connection with the Santa Fe Trail Bicentennial, the Johnson County Museum will offer a program by Dr. Gene Chavez titled “Latinos on the Santa Fe Trail” on Oct. 7 at 6 p.m. To register: https://anc.apm.activecommunities.com/jcprd/activity/search/detail/8756?onlineSiteId=0&from_original_cui=true&locale=en-US

For more information about Johnson County’s Santa Fe Trail history, check out the resources on the JoCoHistory website: https://jocohistory.org/digital/search/searchterm/Santa%20Fe%20Trail 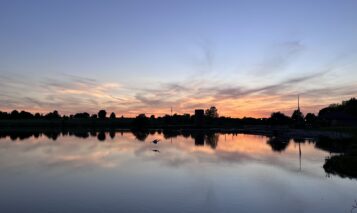 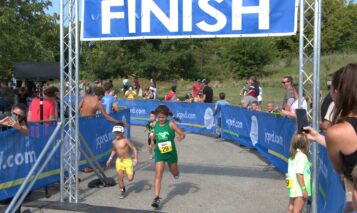 Inside JCPRD: Sign up now for two JCPRD triathlons coming up at Kill Creek Park 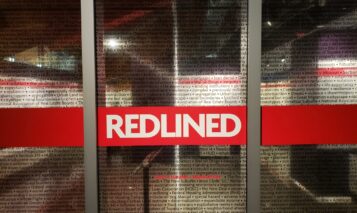 Inside JCPRD: Was Johnson County redlined? 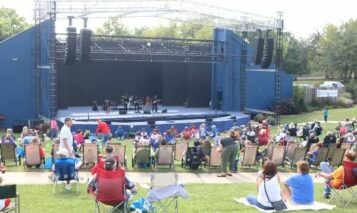 Inside JCPRD: Join our new annual tradition of An Evening in the Park on Aug. 7 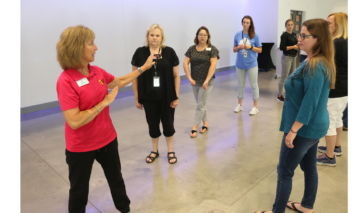 Inside JCPRD: After 23 years, Jill Leiker is retiring from JCPRD