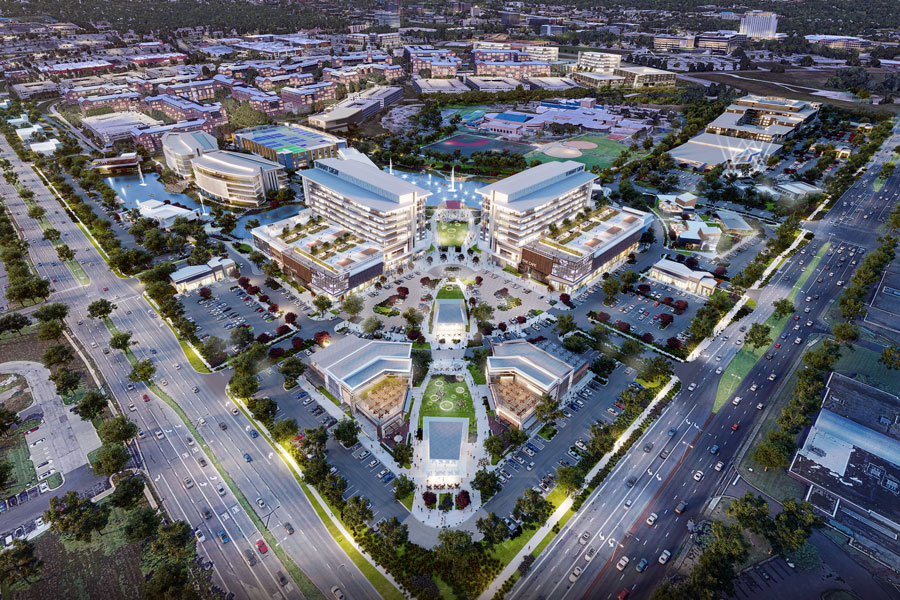 TreviPay, an Overland Park-based tech company, says it will relocate its corporate headquarters to Aspiria on the former Sprint headquarters site in October. The company signed a lease for 73,000 square feet of space at the expanding corporate campus located at 119th Street and Nall Avenue. Above, a rendering of the Aspiria project, looking northwest from the intersection of 119th and Nall, via Occidental Management.

TreviPay, an Overland Park-based company, will relocate its corporate headquarters to Aspiria, the rebranded name for the former Sprint campus that is undergoing a major renovation.

The company signed a lease for 73,000 square feet of space in the vast mixed-used development located at 119th Street and Nall Avenue, according to Wichita-based developer Occidental Management.

“The Aspiria Campus is a perfect location for TreviPay’s Global Headquarters. The new location allows our more than 400 Kansas City-area employees to be in one location,” TreviPay’s CEO Brandon Spear said.

The announcement of its prospective move to Aspiria comes on the heels of TreviPay’s own full-scale rebranding efforts earlier this year.

TreviPay, originally known as Multi Service Technology Solutions, or MSTS, was founded in 1978 and is currently headquartered on College Boulevard in Overland Park.

TreviPay is not the first tenant to sign a lease for the Aspiria site, according to Occidental.

Occidental says branding and marketing firm TTEC Holdings — currently based in Colorado — has also signed a lease at Aspiria.

The plan calls for an additional one million square feet of class A office  space, 380,000 square feet of mixed-use retail and restaurant space, a 120-room hotel and 600 multifamily units.

The project is on a “7 to 10 year” timeline for it to be entirely completed, according to the developer.

TreviPay expects to occupy its space on the site by October.