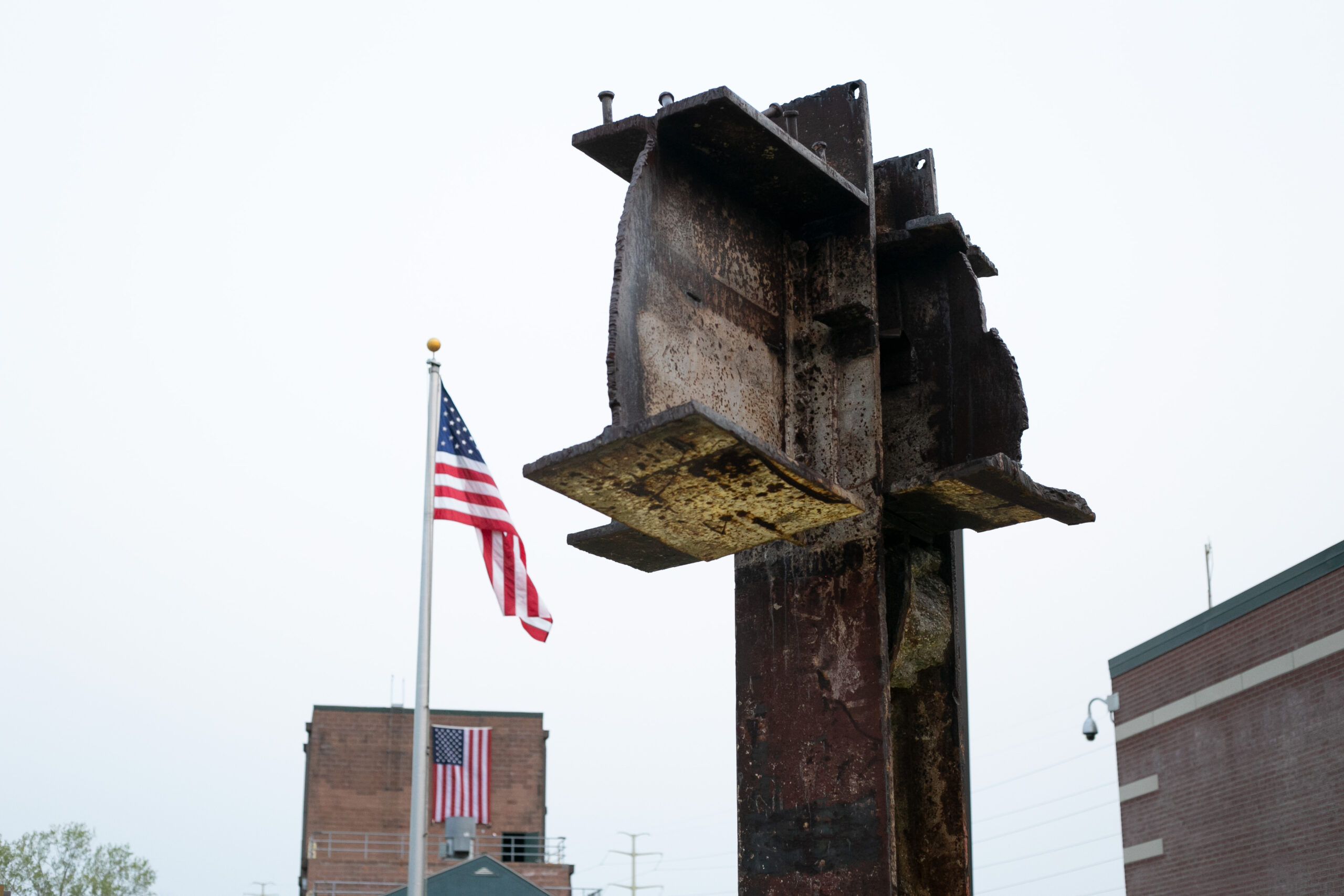 A 14-foot steel beam from the World Trade Center in New York City is the centerpiece of the Overland Park 9/11 Memorial, the Kansas City area's largest site dedicated to remembering the terrorist attacks of Sept. 11, 2001. More than 100 people gathered at the memorial Saturday to mark 20 years since that day. Photo credits Leah Wankum.

People from across the Kansas City area gathered in Overland Park Saturday morning at the metro’s largest 9/11 memorial to remember the attacks and to honor the lives and memories of those killed on Sept. 11, 2001.

As in years past, Saturday’s two-hour ceremony followed the timeline of events that day in 2001.

Overland Park firefighters and police officers led the ceremony with a symbolic ringing of a fire bell marking the exact times that planes hit the two towers at the World Trade Center in New York City, rammed into the Pentagon outside Washington, D.C., and crashed in a field near Shanksville, Penn.

Bells again were tolled to mark the moments when the the twin towers fell.

“As caretakers of this memorial, we have pledged to never forget,” said Capt. Paul Schnicels of the Overland Park Fire Department, who served as the honor guard coordinator for the memorial service. “As we conduct today’s ceremony, please keep in mind the lives lost 20 years ago today and our duty to honor and remember their sacrifice.”

Police officers led a 21-gun salute, and a bagpiper performed “Amazing Grace” as officers laid a bouquet by the panel depicting the names of the 9/11 victims.

Firefighters also laid flowers on each of the panels that describe the timelines of the four airplanes that were hijacked that morning.

Here are some images from the morning ceremony.

Hi there! I'm Leah, and I cover Lenexa and Shawnee for the site. Here at the Post, we believe that an informed community is a stronger community. But we can't produce truly local coverage of Johnson County without your support. I hope you'll consider trying a subscription today. Our subscribers give us a 94% satisfaction rating — try it out for yourself and you'll see why! Your first month is just $1.