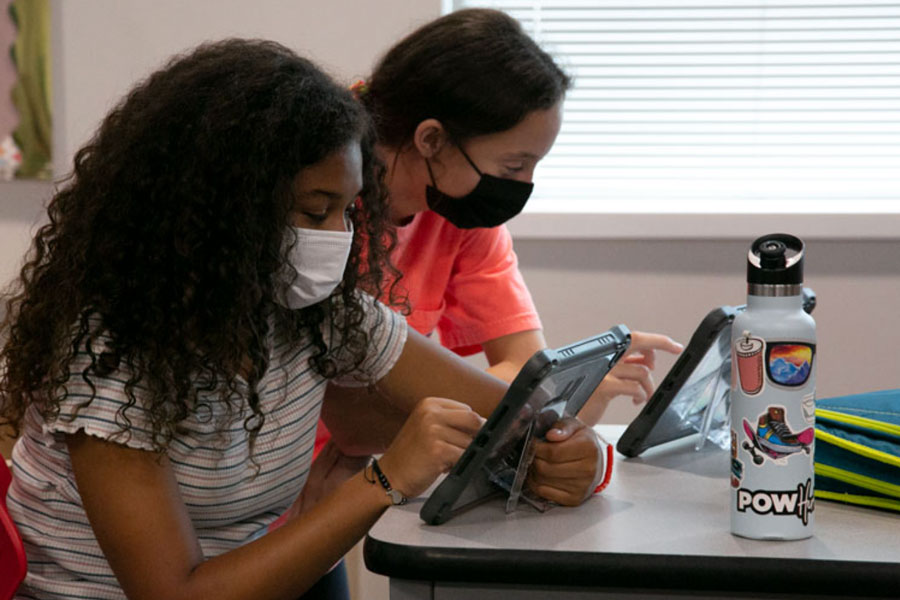 Through nearly a month of school this fall, the Shawnee Mission and Blue Valley school districts, combined, have approved hundreds of mask exemptions. But neither district says it tracks the number of requests that are denied. Above, two Crestview Elementary students work on an assignment while wearing masks.

Both Shawnee Mission and Blue Valley are requiring all students to wear face masks this school year as a COVID-19 mitigation measure.

Even with universal mask requirements in the districts and a countywide mandate for all elementary students, individuals are able to obtain exemptions, primarily for health-related reasons.

Here’s how both Shawnee Mission and Blue Valley are handling exemptions — and how many have been approved so far this school year in each district.

That is more than double the amount of mask exemptions approved during the 2020-21 school year, in which 16 students were afforded exemptions, according to Smith.

However, it should be noted that all students have returned to in-person learning this year, compared to last year, when many students were in hybrid or remote-only mode for parts or all of the school year.

According to the district’s COVID-19 mitigation plan, students with a “medical condition, mental health condition, or disability that prevents wearing a face covering” can be exempted.

In order to be approved for an exemption, students in SMSD must show proof of a medical diagnosis from a physician who states wearing a mask would be detrimental to the child’s health, Smith said.

Smith said this week that he was not aware of any exemption requests the district had received that have been related to religious beliefs, though that condition is not a specific category of exemption laid out in SMSD’s COVID-19 policy.

Smith said the district has approved exemptions related to communication with students who are deaf.

The district is tracking approved requests via individual school buildings, she said.

Prior to the beginning of the school year, Brutto said Blue Valley had 136 mask exemptions on file — which accounts for approximately 0.61% of students, she said.

As of Sept. 14, there were 312 approved mask exemptions in Blue Valley.

Brutto said approved reasons include the following: “medical, communication or actively participating in a religious activity.”

If exemption requests didn’t meet the criteria, Brutto said they were denied.