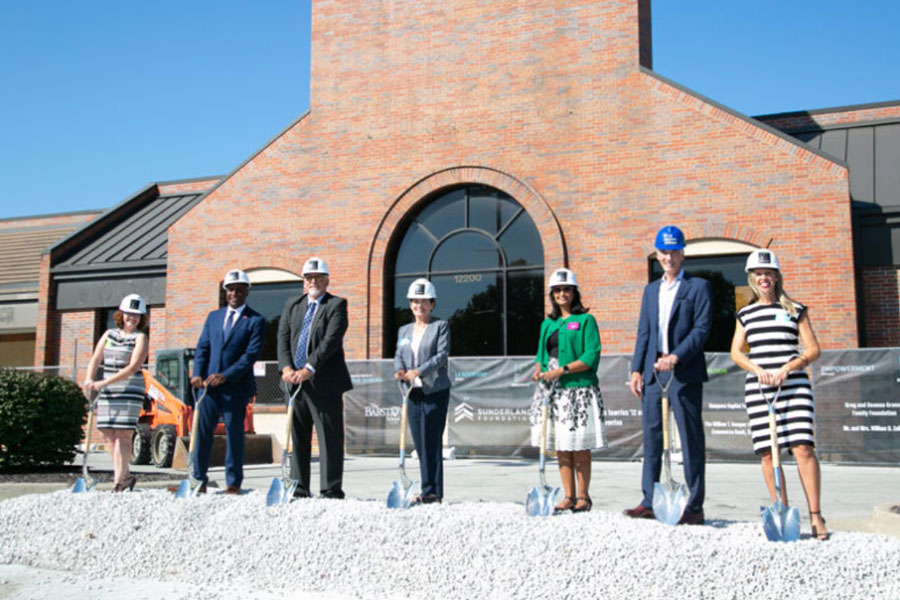 The Barstow School in Kansas City, Mo., is crossing state lines into Leawood with IDEA Space KC, an innovative learning center for children across the Kansas City metro area. Above, leaders break ground on the space — which is slated to open in summer 2022.

As a result of the Towrisses’ donation, Foster announced Thursday that the new learning center will be named the Dan and Cassidy Towriss IDEA Space.

The announcement of the naming and the center’s official groundbreaking comes as Dan Towriss faces criminal charges in connection with a boating accident on New Year’s Eve, 2019, in Florida.

Authorities in Broward County brought five misdemeanor counts against Towriss last September after a 42-foot boat he was piloting crashed into a stone jetty near Fort Lauderdale, Fla., around midnight on Dec. 31, 2019.

The charges include culpable negligence and reckless operation of a vessel. Each charge carries with it a penalty of up to a year in jail. Towriss has pleaded not guilty to all five counts.

In addition, a couple injured in the crash sued Towriss, alleging he’d been drinking prior to driving the boat, the South Florida Sun-Sentinel reports.

IDEA Space KC is billed as an innovative learning space located at a former Leawood Hy-Vee at 12200 State Line Road. Foster said he used to drive by the empty parking lot imagining what it could become — and whether his dream for a hands-on learning lab was just that, a dream.

Now, Foster said he’s dreams are more tangible with the former grocery store set to undergo a major renovation over the next year in order to be turned into IDEA Space KC.

Barstow officials envision IDEA Space KC as a center for hands-on learning focused on the so-called STEAM fields — science, technology, engineering, arts and mathematics — that will welcome students from across the Kansas City metro, from kindergarten to 12th grade.

Leawood Mayor Peggy Dunn was on hand at Thursday’s groundbreaking and said she looks forward to the center opening. She credited Barstow with a “truly great idea.”

“Society’s needs have changed, and they have evolved to meet those changes,” Dunn said. “As our workforce development needs have been modified and changed greatly over the years, STEAM education has become more and more important — and IDEA Space KC is going to foster those careers in engineering, the skills, trades, computer science and advanced manufacturing.”

Foster said the Towrisses’ $2 million donation is “the largest gift from an individual in the history of the school.”

The Towrisses were not present at the groundbreaking lat week, but Cassidy Towriss was quoted in a press release from the school that she and her husband believe IDEA Space KC will impact thousands of kids across the metro.

“As a Barstow alumna, I’m proud to see Barstow investing in a new space that will serve children for years to come and be a wonderful example in the Kansas City community and to communities across the country,” Cassidy Towriss said in the release.

The Towrisses’ donation accounts for a quarter of Barstow’s capital campaign for the center.

According to school officials, the single biggest donor to the project is the Kansas City-based Sunderland Foundation, which donated $4 million.

That is also the largest foundation gift in the school’s history.

Overall, Barstow says it has raised $7.7 million of its $8 million goal for Idea Space KC.

The Silagyis were both injured in the crash. Lauren Silagyi suffered a fractured skull and brain bleeding that has required multiple surgeries, according to the couple’s lawsuit.

The Silagyis allege Towriss had a cocktail and some wine before getting behind the helm of the boat and then had another cocktail while piloting the vehicle.

Towriss’ lawyers have moved to dismiss the Silagyis’ complaint, and the next hearing in the civil case is set for December, according to Broward County court documents.

Towriss also faces the separate criminal case based on the five misdemeanor counts. The next hearing in that criminal case is scheduled for Oct. 21.

Lisa Tulp, The Barstow School director of communications, declined to comment specifically on the allegations and lawsuit.

“The Barstow School has no comment on an event unrelated to the school or to IDEA Space,” Tulp said via email. “We are grateful to all of our generous donors and their commitment to building a STEAM learning center that will serve thousands of children on both sides of the state line.”

Guggenheim Insurance also did not respond to a request for comment from Towriss on the issue. 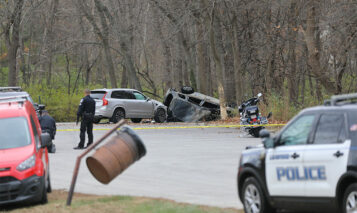