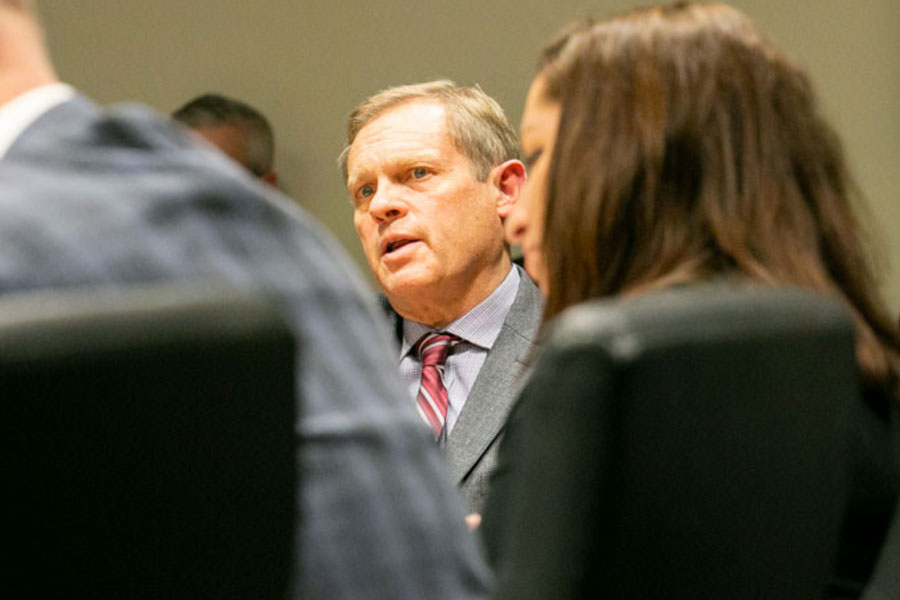 Bill Ebel has served as Overland Park's city manager for the past 11 years and is set to formally step down in February. Mayor Carl Gerlach this week laid out the process for finding Ebel's replacement, which will began with a special committee to select a firm that will conduct the search. File image.

Gerlach notified the council at Monday’s meeting that he will initiate a process similar to that used in previous city manager searches, with a special screening and selection committee taking the first steps to find a search firm this week.

Under Gerlach’s timeline, that selection committee would find and recommend a search firm by November to the full council and then disband.

Councilmembers, including the ones newly elected on Nov. 2, would begin their work with the search firm on Dec. 6, culminating in a final decision, which Gerlach projects to occur in March or April.

Gerlach said the timeline allows the executive search firm to be in place and ready to go when the new councilmembers are seated after the November 2 election.

Members of the temporary committee that screens the search firms were chosen among councilmembers and committee chairs not running in that election, Gerlach said.

They include: Gerlach, who is stepping down as mayor after 16 years in office, along with councilmembers Fred Spears, Paul Lyons, John Thompson, Holly Grummert, Tom Carignan and Scott Hamblin.

Ebel’s last day at work is scheduled to be Feb. 25.

He is stepping down after 11 years as city manager and another 10 working in other capacities for Overland Park.