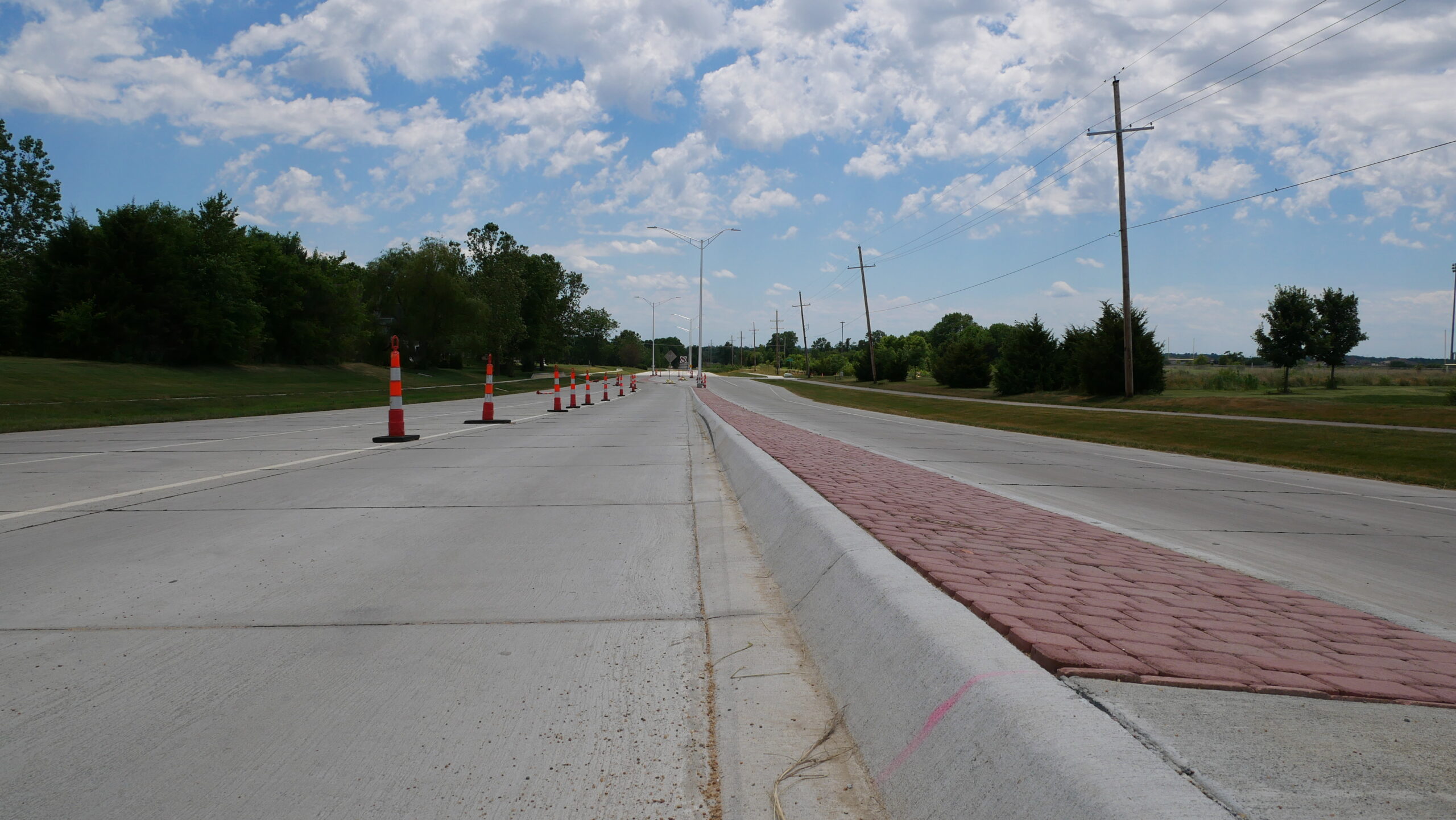 Quivira from 159th to 179th Street is open once more following two years construction to add safety measures. Key improvements include raised medians and shoulders, three roundabouts and five miles of sidewalk. In the future, the stretch of road could become four lanes. Image via city of Overland Park.

After two years of construction, a stretch of Quivira Road from 159th to 179th Street in Overland Park is fully open once again.

The city announced the reopening late last week on its Facebook page.

“Thank you for your patience these past two years, as this street construction project was a massive undertaking,” staff wrote. “The new roadway puts an emphasis on safety.”

The $27 million project began back in August 2019, and was completed in a four-phase process.

Some of the project’s key improvements include:

Additionally, a multi-use trail, street lighting, storm sewers and landscape restoration were added to Quivira with the construction.

The planning for this project began back in 2018.

Traffic has increased along this section of Quivira as the area has grown. Over the past decade, Blue Valley Southwest High School has opened at 179th and Quivira, along with a nearby middle school.

Various growing subdivisions have also sprung up around the road.

In the future, this stretch of Quivira may be expanded into a four-lane road by 2040 due to excess traffic congestion, according to the South Overland Park Transportation Plan of 2015,

“We analyze traffic studies to determine how many lanes are needed, which is why we still settled on one lane each way here,” staff said on Facebook. “But with the area continuing to grow, we designed and constructed the project to allow for potential future expansion to four lanes if/when necessary.”