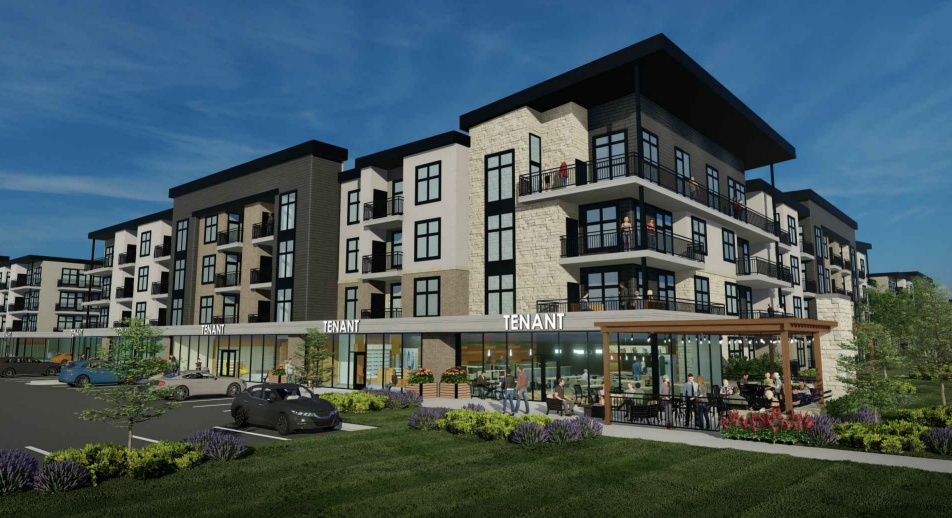 The proposed mix-used development would sit on more than 116 acres of land south of 133rd Street and west of State Line Road. It would sit on 116 acres, and have 935 dwelling units in total. The complex would have luxury apartment, single-family homes, assisted living facility, retail and office space.

After more than a year of discussion between the city and developers, the Leawood City Council voted Monday to continue the discussion for the rezoning and preliminary plan of Cameron’s Court, a proposed mix-used development spanning more than 100 acres off State Line Road.

The decision came after hours of testimony from both the project’s developer, neighbors of the proposed site and councilmembers themselves who all left the evening divided on the next course of action.

According to council documents, the proposed project would sit on more than 116 acres of land just south of 133rd Street and west of State Line Road.

Here are the details of the Cameron’s Court:

Nearly 30 residents who live near the proposed Cameron’s Court site addressed the council Monday, expressing their concerns for the project.

Many residents repeated similar concerns, including:

“The project is not mixed use,” Mark Casey, a resident who says he has attended all the meetings involving Cameron’s Court, said. “If you do the math on just the left side this project, it is 99% residential.”

Casey said not only was he concerned about things such as density and traffic, but also the process for developing the project’s plan.

He argued the developer should have been more involved in hearing feedback from neighboring areas about what they would like to see Cameron’s Court become.

Rick Oddo, president of Oddo Development and the developer for Cameron’s Court, argued a traffic study conducted prior to this meeting found 133rd Street can handle the influx of cars.

Oddo also said Johnson County appraisers have stated that there will likely be no impact on the value of the neighboring homes.

He cited other large mixed-use developments in the Leawood area, such as Park Place and Mission Farms, stating the home around those areas have not seen a change in value after the projects were completed.

In terms of green space, Oddo said in addition to removing a building in order to add more greenery, the addition of a small park in the middle of the complex — currently being called Chadwick Park — will add more green space than their plan originally called for.

Oddo pointed out that 34% of the complex was now slated to be green space.

In regards to impacting schools, Oddo said, he reached out to Blue Valley School District officials, who informed him that Cameron’s Court was projected to have little impact to three schools nearby, which the district said are running at 75-80% capacity.

The application for Cameron’s Court was initially heard by the Leawood Planning Commission in August 2020.

Since then, developers have gone to nine different meetings with the city to try to settle on a plan both the city and developers can be satisfied with.

On Mondayt, the council split on what was presented, with some councilmembers saying they were eager to pass the plan as it was laid out.

“If we don’t pass this, two questions: What’s going to go in its place? And how long is it going to be?” councilmember James Azeltine said.

Alzeltine argued the complex meets the city’s low-density requirements and fit the conclusions of a recent study of the 135th Street corridor.

Other councilmembers, however, were less than enthusiastic to pass the application, repeating many of the same fears residents had voiced during the evening.

“I agree this plan has come a long way,” Mayor Peggy Dunn said. “But if there were more opportunities for some more home ownership and not as many apartments, I think it would be a better plan.”

In the end, the council decided to vote on continuance, and the project will be addressed again at Leawood’s City Council on Dec. 6.

Until then, several of the councilmembers said they would like to see developers get the neighbors more involved in the project’s planning.