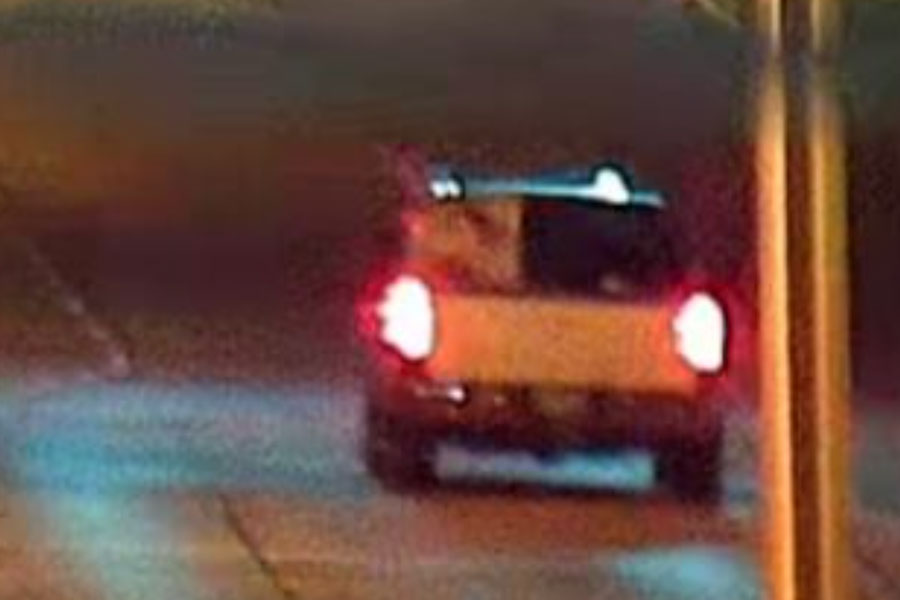 Overland Park Police are searching for a vehicle linked to an alleged incident that occurred early Tuesday morning in which a homeowner was shot at as he confronted suspects trying to break into a vehicle in front of his home.

According to police, the incident took place just before 1:40 a.m. Tuesday in the 12900 block of Carter Street in south Overland Park.

A police statement says the homeowner “interrupted someone breaking into his vehicle and went outside to confront the suspects.”

The suspects then fired gunshots towards the homeowner, according to police.

Nobody at the home was hit by gunfire, but police say “several rounds penetrated the home.”

After the suspects drove away, police say the homeowner then followed the suspects in his own vehicle for a time.

Police say the suspects fired more shots at the trailing homeowner around the intersection of 135th Street and U.S. 69 Highway.

The suspect vehicle was last seen heading north on U.S. 69.

Police describe the suspect vehicle as a “silver or light-colored truck.” There is no description of the suspects.

If you have any information about this incident, you are urged to call the TIPS Hotline at 816-474-TIPS or the Overland Park Police Department 913-344-8750.