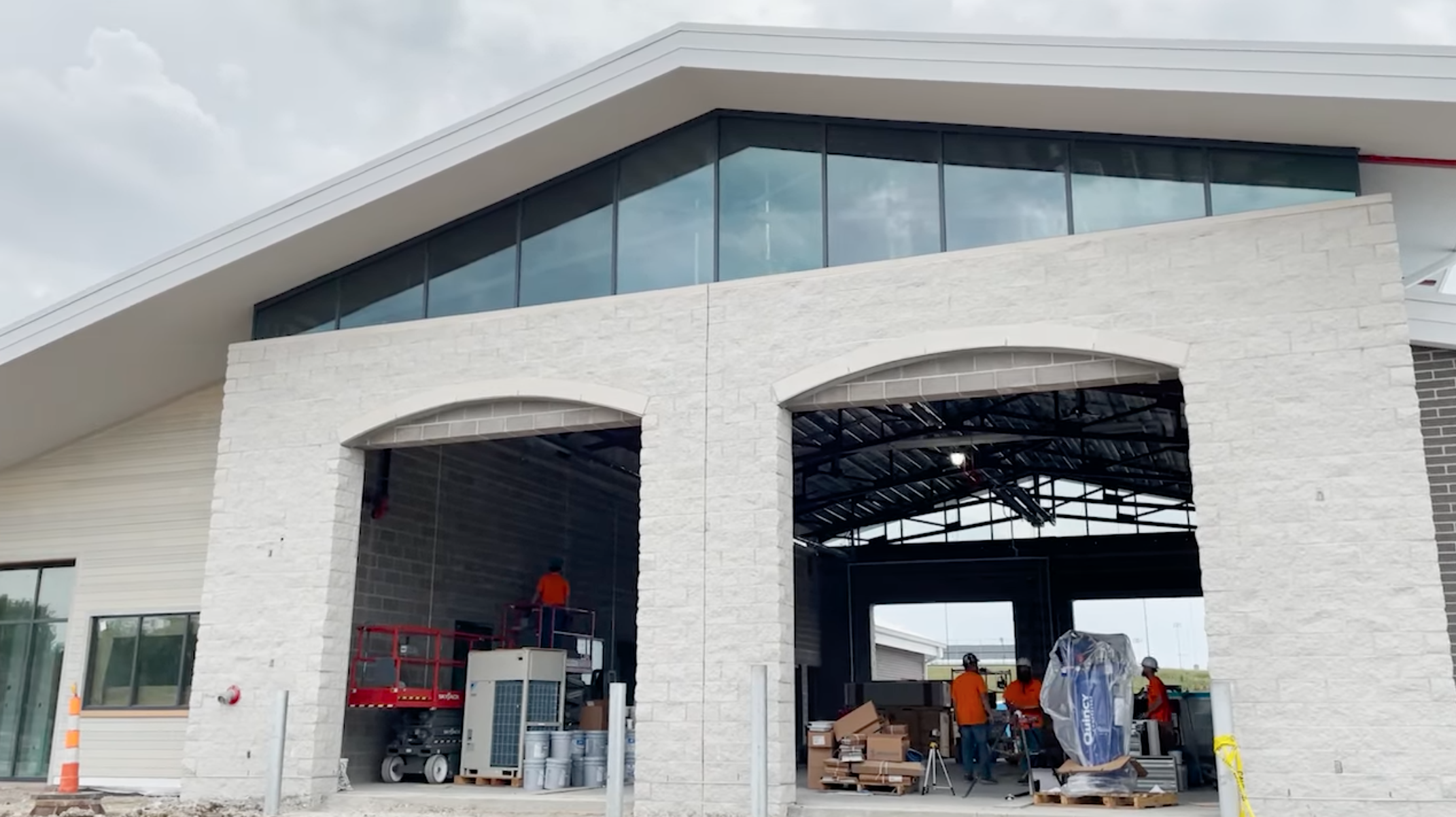 Fire Station 48 for Overland Park is set to open this November. The new station will serve an 8-mile area annexed by the city in 2008. Currently, Overland Park Fire Department Station 45 and Johnson County Fires District 2 serve residents in that quickly growing area.

Overland Park’s newest fire station, built in partnership with the Blue Valley School District, is getting close to completion.

Fire Station 48 at 175th Street and Quivira Road is being built along the north property line between Aubry Bend Middle and Blue Valley Southwest High School on district property.

The district donated the land, which used to be the site of a soccer field, so it could be converted to the fire station. In return, the Overland Park Fire Department agreed to the partnership between the school and the station.

“In consideration for land for the station, we are assisting them with a fire science program probably for a 10- or 15-year period,” Overland Park Fire Chief Bryan Dehner said.

The new station will serve an 8-mile area annexed by the city in 2008.

“Even though we paid for protection in this area, it is at the farthest reaches of their response time,” Dehner said. “So as this place has built up and the population has increased, we’ve known… that a facility in this area was going to be needed.”

A four-person crew will work out of the station, and the garage bay will house a fire engine and a brush rig, which is used to fight grass fires.

Other features of the facility will include:

Blue Valley School District spokesperson Kaci Brutto said the new station location is beneficial with the number of activity and athletic events that happen at both the high school and middle school nearby.

The $5.8 million project is set to be completed and open in November.