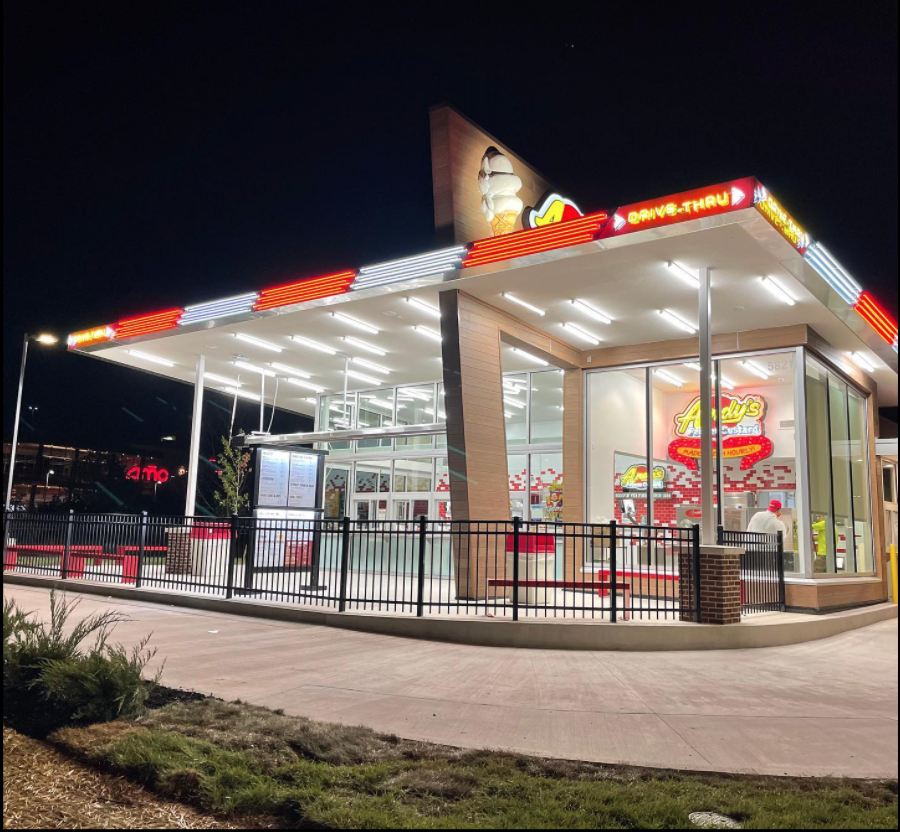 Located at 5821 W. 135th Street, the new shop celebrated the event with a “first scoop” ceremony and a ribbon-cutting event.

“We wanted to find a signature location as we continue to grow in the Kansas City metro area, and this is it,” Andy’s CEO Andy Kuntz said in a release.

Kuntz, along with his wife and company co-owner Dana Kuntz and representatives of the Overland Park Chamber of Commerce, were all in attendance to celebrate the opening Thursday.

The first 102 guests to arrive at the opening received a free S’mores Jackhammer concrete, Andy’s current seasonal item, in honor of this being the 102nd store to open under the Andy’s name.

The new location has a drive-thru, walk-up windows and some outdoor seating, with a menu featuring a variety of custard-based desserts, from concretes to sundaes to splits.

Founded in Osage Beach, Mo., in 1986, by Kuntz’s parents, John and Carol Kuntz, the company has now spread to 10 states and employs over 2,000 people, according to its website.

The Prairiefire location is the 9th Andy’s to open in the metro.