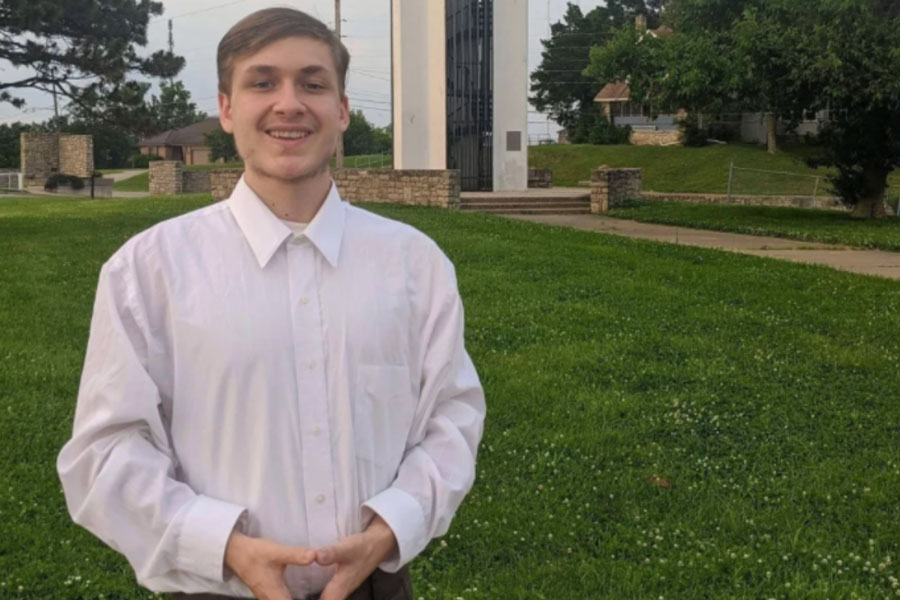 Update 11:30 a.m.: Kansas state Rep. Aaron Coleman has been charged with one count of misdemeanor domestic battery in Johnson County.

A charging sheet says Coleman “did … unlawfully, knowingly, or recklessly cause bodily harm to a person, or knowingly cause physical contact with such a person in a rude, insulting or angry manner.”

Court records show the alleged victim is either someone who is “in a dating relationship” with Coleman or is a family or household member with Coleman.

The charge of domestic battery is a Class B misdemeanor.

Rep. Aaron Coleman of Kansas City, Kan., was arrested in Overland Park over the weekend on domestic violence allegations.

Johnson County Sheriff’s Office records show that Coleman was booked on Sunday at the Johnson County jail for domestic battery charges with no priors.

He is scheduled to appear before a Johnson County judge on Monday.

Coleman, who took office in January, has previously been accused of abusive behavior. Some of his fellow Democrats are calling for him to resign.

“This is extremely disturbing news. We are watching closely to make sure we gather all the facts,” Kansas House Minority Leader Tom Sawyer said in a statement. “His constituents and the State of Kansas would be better served if he were to resign and get the help he badly needs.”

“However,” Sawyer said, “I want to reiterate again that the House Democratic Caucus does not condone this behavior in any way, shape, or form.”

Coleman represents the 37th district of the Kansas State House of Representatives.

Allegations of abuse first surfaced in August 2020 during his primary election against  incumbent Rep. Stan Frownfelter.

In January, Sawyer and 12 other Democrats, filed a complaint against Coleman in an attempt to remove him from office because of his history of abusive behavior.

A house committee issued a written warning to Coleman, determining that the allegations in the complaint were true and his conduct was “unfitting” for a lawmaker.

In October, the Kansas City Star reported that Coleman had been banned from the Kansas Department of Labor for allegedly berating a police officer while entering the property.