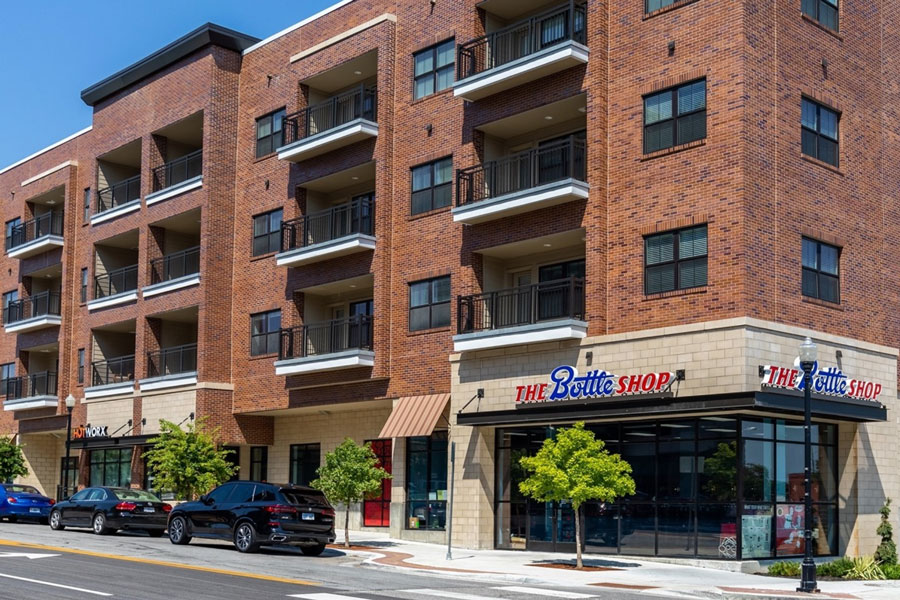 Overland Park City Council terminates tax incentive deal with Market Lofts after the developers sold the project without councils approval. Around $100,000 worth of TIF money that had already been collected for the project will ultimately be returned to the city and the other taxing jurisdictions. File photo.

The tax incentive deal between Overland Park and the developers of Market Lofts has officially been terminated.

On Monday, the Overland Park City Council voted unanimously to end the tax increment financing agreement after the city learned in September that the developer had sold the project without the council’s approval.

Created in 2007, the Market Lofts project at 7314 W. 80th St. was the city’s first tax increment financing deal. The project has had a long, messy history and it has taken more than a decade to complete the development in the revivifying downtown area.

Market Loft’s developer, Market Lofts LLC, was required to receive approval before transferring ownership of building, as part of the agreement for public financing.

However, the city only learned of the sale to Grand LLC on Sept. 3, a day before closing.

Due to the short notice, there was not enough time to bring the sale to city council, according to attorney Todd LaSala, who is advising the council.

With the sale, Market Lofts LLC put the project in default of the agreement, allowing the city to not reimburse up to $694,000 in tax increment funds in the coming years.

Around $100,000 worth of TIF money had already been collected, but none of it has been paid to the developer. That money will ultimately be returned to the city and the other taxing jurisdictions, city officials said.

Last month, a city council committee unanimously agreed the TIF deal should be nixed and sent the decision forward to the full council.

On Monday, the council also unanimously approved terminating the agreement.

Some councilmembers voiced their frustration with how long the Market Lofts project has been in the works.

Council President Curt Skoog, in particular, voiced his opinions on the matter. Skoog is running for mayor and has faced criticism from his opponent, Mike Czinenge, for being too permissive with tax breaks for developments.

“I think it’s important to point out that there are those who say that the city is in the bag for developers and that we just give out money left and right and that we have no systems or approach to look out for the taxpayer,” Skoog said.

He pointed to the Market Lofts project as a deal that was “structured … in a way that protects taxpayers at every step of the process.”

“I think it’s good for the public to see that when we don’t have participation from the other party, and they break these clauses, penalties happen,” Councilmember Chris Newlin, who is also on the ballot Tuesday for reelection, said.

Neither the former developer and current owner of the Market Lofts property came to protest the termination of the agreement.