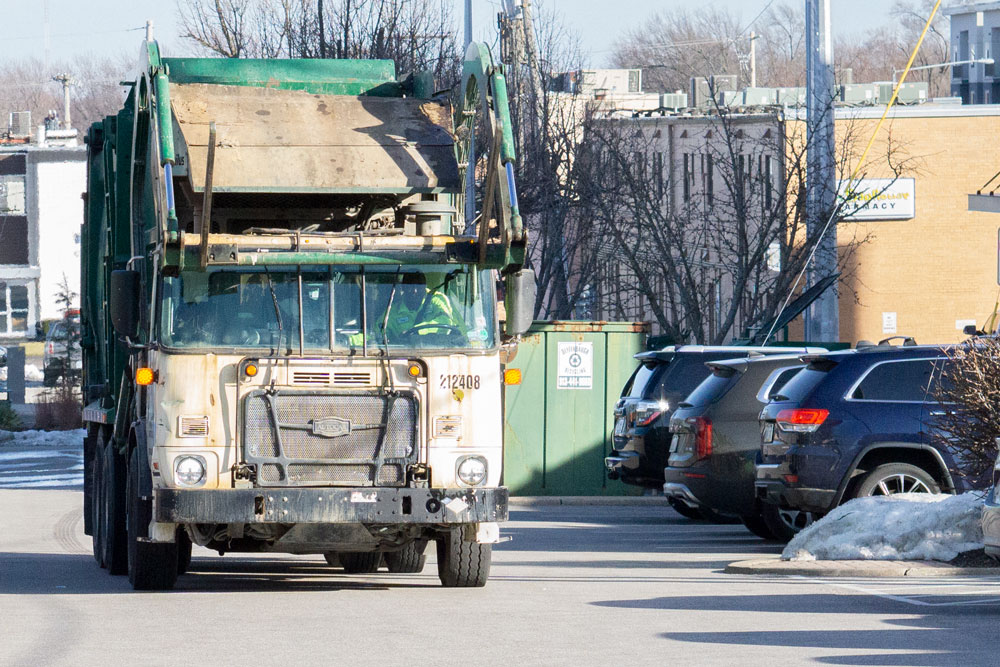 The city is considering changing how it conducts bulky item pickups, which currently allow residents to have large items picked up curbside every other year. The current program is city run, but officials have proposed requiring private trash haulers to offer bulky item pickup as part of their base service to residents. File image.

Sine 1988, Overland Park has offered residents a bulky item collection event to provide an opportunity to dispose of large items, such as furniture and appliances not collected by weekly trash pickup.

However, changes to the popular program could be coming soon because city staff say it is no longer as effective as it once was.

In this year’s event alone, each of the four collection weekends were followed by a full week or more of follow-up collections, according to city documents.

The city’s environment programs coordinator Jim Twigg told a city council committee this week that the city-run program is no longer effective, in part, because of increased prices and changes to how waste management is run.

Due to these issues, city staff at Wednesday’s Community Development committee meeting presented a potential new bulky item pickup process that would take out of the city’s hands and, instead, require trash haulers to provide some large item pickup as part of its base service to every resident.

One advantage to this new proposed system would be that residents would have access to the bulky item pickup once every year, instead of every other year, which is what is currently in place.

Additionally, the new system would spread item pickup throughout the year for residents, not just within a cluster of collection weekends, which is believed to be part of the issue with the current program.

But a drawback raised by several councilmembers Wednesday would be that if trash haulers would be required to provide bulky item services, fees for residents would likely increase.

Councilmember Faris Farassati said he did not like that part of a new bulky item system. Essentially, he said, the city would be cutting the service out.

“I feel like we should try our best to not get to that point,” Farassati said.

Councilmember Holly Grummert said she worried about neighborhoods and residents without homeowners’ associations, as they are more likely to see a price increase under the new system.

Twigg said, according to his research, the average resident would pay about $33 a month for their usual waste management, such as trash pickup, in addition to adding bulky item pickup.

The $130,000 budgeted for the current bulky item program would be used to provide additional resident services, such as being put towards the city’s yearly recycling extravaganza event.

Though not all committee members were thrilled by the proposed changes to the program, many did express that they understood it needed to change somehow.

At the end of the meeting, councilmembers gave city staff the green light to move along with drafting a potential new ordinance to change the bulky item program to the new system.