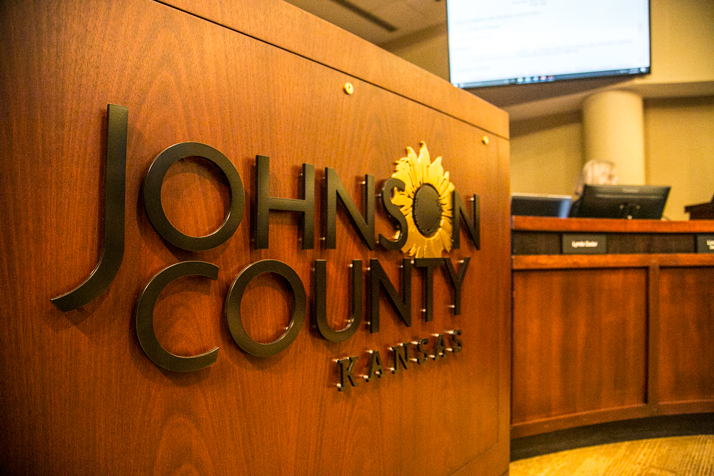 The Johnson County Charter Commission, a body convened once a decade to discuss the county's home rule charter, has begun debating specific proposals to change county governance. On Monday, the body voted down a proposal to make county clerk, register of deeds and treasurer elected positions. File image.

A proposal to make the county clerk, register of deeds and treasurer into elected offices failed to advance during the first round of voting Monday as the Johnson County Charter Commission began to sort through fifteen amendments proposed by its members.

The amendment, offered by Wendy Bingesser, fell one vote short of the nine needed to keep it alive. Amendments that are approved by the Charter Commission ultimately will go before voters in a countywide vote.

The Charter Commission meets every ten years to review the county’s home rule charter, what serves as basically the county constitution.

This year’s commission, made up of 25 appointed members, has been holding informational meetings and public hearings for months, but Monday’s meeting was the first at which the body began discussing possible changes to the county’s charter.

Charter Commission members had time before Monday to submit their proposals for changing county governance, a list that totaled 15 amendments and three recommendations.

Most notably, the original list of ideas included a proposal to consider changing Johnson County’s name, but the commissioner who wrote that recommendation withdrew it before Monday, saying the Charter Commission was not the best venue for that “important discussion.”

On Monday, the Charter Commission considered seven amendments, but Bingesser’s proposal to make some county offices elected was the only one that ended with a final decision.

Other amendments discussed Monday were either continued to explore further, or withdrawn with the option of being rewritten later.

The clerk, register of deeds and treasurer are currently appointed by the county manager, but Bingesser argued that electing them would make them more accountable to the citizens.

Bingesser, an Olathe resident who ran unsuccessfully for the Kansas House as a Republican in 2018, said she’d received numerous emails from people concerned that county government is too concentrated in “just a few people.”

Those officers are elected in other Kansas counties and used to be elected in Johnson County, as well. That changed with the county home rule charter of 2000, which made them appointed.

Some charter commissioners said the current system ensures high standards of professionalism that might suffer if the offices became political.

“In my opinion these are bureaucratic positions. They should not be subject to voting,” said charter commissioner Chris Iliff, who is a nonprofit director outside of the commission. “I think the system we’ve got is working great. I’d hate to see it changed.”

Commissioner and Lenexa Mayor Mike Boehm added that facts sometimes get lost in the heat of campaigns.

“I think we put ourselves at risk of having folks who can get one more vote or have a well-financed, good campaign but not have any skills to run the office,” Boehm said.

However, Commissioner and Olathe city councilmember Karin Brownlee said educating the public on a candidate’s qualifications is a big part of a campaign.

Another amendment, offered by Commissioner Randy Hutchins, would have made the county appraiser’s office elected rather than appointed. But Hutchins said he’d re-offer the idea as a recommendation after other commissioners noted an appointed appraiser is required by Kansas law.

Recommendations, unlike amendments, would go to directly to the county commission — a separate entity – if approved by the charter commission and would not require voter approval to be enacted.

No final decision was reached on several other items.

Commissioner Greg Smith withdrew an amendment to require appointees of county boards to live in Johnson County after some commissioners wanted more clarity on which county positions would be affected. Smith mentioned Public Health Officer Joseph LeMaster more than once because his health orders affect all of Johnson County. LeMaster, who lives in Wyandotte County, drew sharp criticism from opponents of the shutdowns of the early days of the pandemic.

Charter Commission Chairman and lawyer Greg Musil left open the idea that Smith could resubmit his amendment with more detail.

Two similar amendments that created advisory boards on public health were continued so they could be merged into a single proposal.

Another of Smith’s amendments — to require a special election when a vacancy occurs on the county commission more than 90 days before the next regular election — got enough support to get a second look.

Smith said voters should make the decision, but some on the charter commission said it would be expensive. An early vacancy has only happened once in the past 20 years, Musil noted.

The charter commission will also look at an idea presented by Hutchins to create a new elected position of county “unincorporated trustee” to address public works and planning issues in rural areas.

The trustee position is needed, Hutchins said, to give more representation to rural residents on road surfacing and other rural issues. Unincorporated areas make up 40% of the county’s land mass but only 10% of the population, Hutchins said.

But there were many questions about exactly what authority the new position would have and whether Kansas law would allow it.

The commission did not get to some of the more contentious proposals to make county elected offices partisan, non-partisan or to extend the term of the chair of the county commission.

A recommendation to consider the appropriateness of the county’s namesake, Thomas Johnson, a slave owner and pro-slavery advocate, was withdrawn earlier.

The next Charter Commission meeting will be Nov. 17.