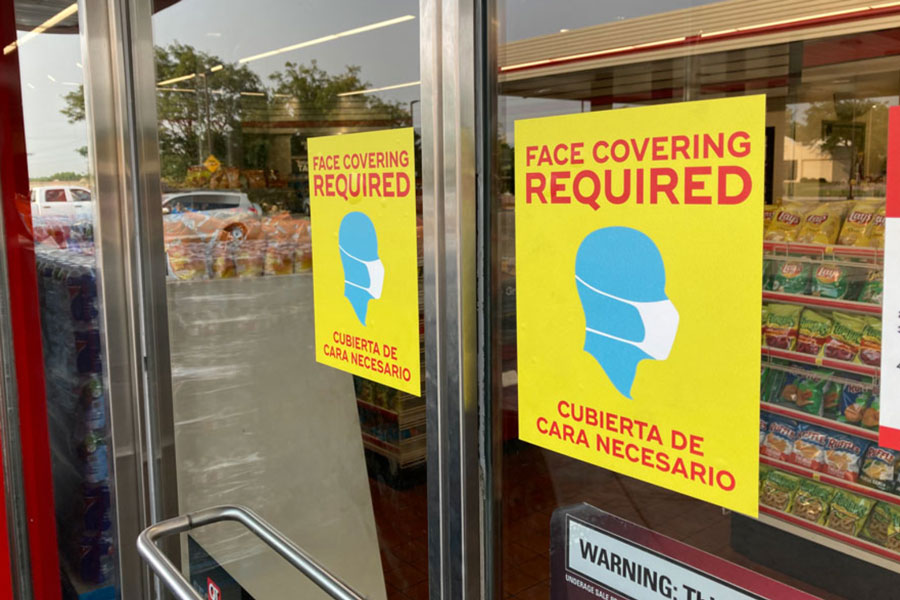 By a 5-4 vote on Monday, the Roeland Park City Council allowed its citywide mask order to expire at 12:01 a.m. Tuesday, Nov. 16. Some councilmembers expressed concern that rising case numbers in Johnson County showed the continued need for a mask mandate through at least the end of the year. File image.

The last city in Johnson County with a face mask mandate has let its order expire.

Roeland Park was the only remaining city that required masks to mitigate the spread of COVID-19.

The resolution had taken effect Aug. 24 and was initially set to expire Oct. 19, but the city council later extended the expiration date. The order required masks for all people indoors in places accessible to the public or in crowded outdoor public places, with some exceptions.

Roeland Park was the second Johnson County city to enact a mask mandate in the absence of a countywide order after Prairie Village imposed one on businesses starting Aug. 24.

The Prairie Village City Council allowed that city’s mandate to expire on Oct. 31.

The council’s action Monday came despite the Johnson County Health Department’s report on its COVID-19 dashboard that the county is once again at a “high” level of community risk, with 139 new cases per 100,000 people in the week ending Nov. 12 and a 6.5% positivity rate.

Roeland Park’s residents “obviously care and choose to wear a mask wherever they go because they know that it provides additional protection for not only themselves but for others when you’re indoors or where social distancing can’t be maintained,” Mayor Kelly said Monday.

Others in the metro area have been wearing masks without mandates, “and I don’t expect that to cease anytime soon,” he said.

Kelly said businesses that require masks could still call police if a patron refuses to wear a mask and won’t leave the premises, which would constitute trespassing.

Roeland Park police said they had received no notification that any business patron was violating the mask requirement while the resolution was in effect.

Jan Faidley, Tom Madigan, Benjamin Dickens and Jim Kelly voted to allow it to expire. And Mayor Kelly broke the tie in favor of letting the order end.

Despite voting to let the resolution to expire, Faidley said, “My gut doesn’t tell me this is the right time to let up on masks. I think there’s lot to be said about leading by example with what we do in the city. … I honestly think if we don’t keep using mitigation as one of the tools that we have, there’s no way we’re going to get on top of this virus.”

Faidley said she thought if the council were to reconsider imposing a mask mandate, it should consider passing a “full-fledged ordinance based on home rule. I really don’t want to go down that path, but I think that’s the next step.”

Mayor Kelly agreed the council should keep future consideration of an ordinance as an option if circumstances require it.

The resolution imposed no monetary fine for violators, and the city emphasized education over enforcement.

A resolution has the force of law, but an ordinance permanently changes city law and becomes effective only after publication.

Rebne said that the council should think about those most vulnerable to COVID, including young children who remain ineligible to be vaccinated, and that he believed some people in Roeland Park wore masks because of the resolution.

But Madigan said the resolution had “outlived its purpose.”

“I see people wearing masks, myself included, every day,” he said, adding that people would wear or not wear a mask regardless of the resolution.

Councilmember Kelly said he agreed people should continue wearing masks but opposed extending the resolution because “it’s rather unenforceable” and “it’s getting to the point where we have to let people make their own decisions.”

But if the council were to reconsider a mask mandate, “they should do it with something with teeth (that is) enforceable,” he added.

Some groups of people were exempted from the mask order, including young children, people with certain health conditions and people seated at a restaurant.

Some controversy about the city’s mask resolution arose in Roeland Park in September when Bishop Miege High School adopted a new policy making masks optional for students, faculty, other staff and visitors.

Some Roeland Park city councilmembers argued that the school was violating the city’s resolution.

The council agreed in October to allow Miege to continue its optional mask policy until Jan. 7, with some restrictions, including asking Miege to promote vaccinations among its students and staff and provide COVID-19 screening and testing to students.

Jerry LaMartina is a freelance journalist who contributes frequently to the Shawnee Mission Post, among other Kansas City-area publications. 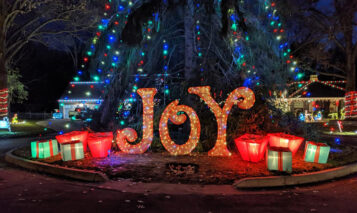