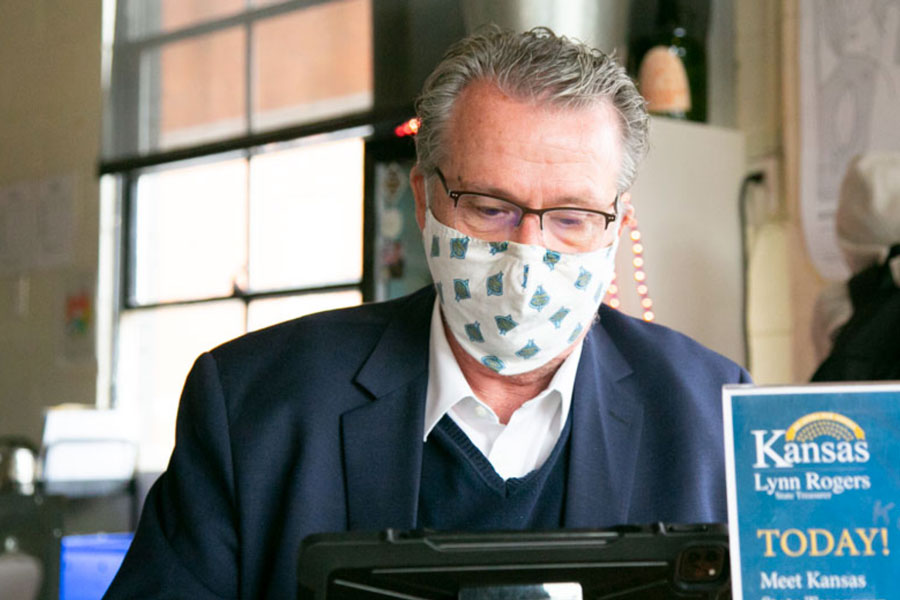 Kansas State Treasurer Lynn Rogers often makes public appearances, including a recent one at an Overland Park coffee shop, trying to make Kansans aware of their potentially unclaimed property. This is money that has been turned over to the state for various reasons. Currently, Rogers says $400 million has accumulated over the past four years. Above, Rogers at the Filling Station earlier this month.

Johnson Countians and other Kansans may have money to their name that they don’t know about.

There’s more than $400 million worth of lost or unclaimed property that the State Treasurer’s Office is holding onto — and is working to get back to rightful owners.

State Treasurer Lynn Rogers hosts unclaimed property events at least once a week across the state, including one earlier at the Filling Station coffee shop in Overland Park.

At that event, Rogers said he encourages people to search their name on the website www.kansascash.ks.gov because there could be a large amount waiting.

Recently, he and his team helped connect a Kansan to $213,000 owed them from an insurance claim, he said.

“Some of these are small amounts, but sometimes they can be life changing because people don’t know that they’re there,” Rogers said.

During August, the state treasurer’s office connected 6,200 Kansans to a little more than $6 million, Rogers said.

Rogers said there are a few different ways unclaimed property is turned over to the state, such as an overpayment of a final utility bill, dividends or final paychecks.

The $400 million figure, Rogers said, has been accumulated over the last four years.

Here’s how to find out whether you have unclaimed property: