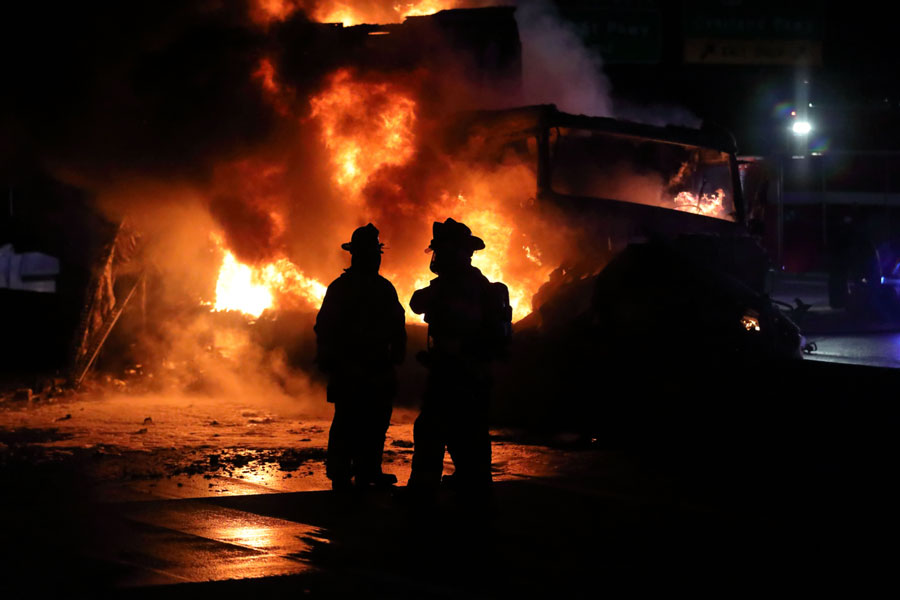 Lenexa fire crews responded in the aftermath of a tractor-trailer crash on I-35 late Friday night. Officials say the truck became engulfed in flames after hitting a stalled vehicle that had been involved in another wreck. The truck's drive was able to escape with no injuries. One woman was transported to a hospital with non-life threatening injuries. Above, firefighters stand in front of the burning truck. Photo credit Mike Frizzell.

A tractor-trailer crash and fire caused a late-night closure of Interstate 35 in Lenexa Friday.

The Kansas Highway Patrol says two vehicles were involved in a crash on northbound I-35 just north of US-69 Highway about 10:30 p.m.

One vehicle rear-ended another, and the striking vehicle continued northbound, leaving the other vehicle stopped on the interstate.

Seconds later, troopers say a tractor-trailer rear-ended the stalled vehicle. No one was inside of the stalled car.

Troopers have not said if the stalled vehicle from the first crash was in one of the northbound lanes or on the shoulder when it was struck.

The tractor-trailer and stalled vehicle came to rest on the right shoulder of the highway and caught fire. The truck’s driver escaped uninjured and attempted to use a fire extinguisher to douse the flames, but his efforts were unsuccessful.

Lenexa firefighters responded and found the tractor-trailer and passenger vehicle engulfed in flames.

Firefighters quickly called for additional fire units to respond, including a water tanker from the Olathe Fire Department to supply water to firefighters on the interstate.

All northbound lanes of I-35 and the exit ramp to 75th Street were closed as firefighters worked to extinguish the fire.

Police also closed both directions of Lenexa Drive, the east frontage road, so that a Lenexa Fire Department aerial apparatus could shoot water on the fire from above.

Johnson County Med-Act transported one woman to an area hospital with non-life-threatening injuries sustained in the initial hit-and-run crash.

One northbound lane of I-35 reopened about 11 p.m. after the fire was brought under control.

The exit ramp to 75th Street and Lenexa Drive reopened at about 12:30 a.m. Saturday.

All northbound I-35 reopened by about 3 a.m. after an extensive cleanup was completed.

No other details were immediately available.

Check back with this report for updates. 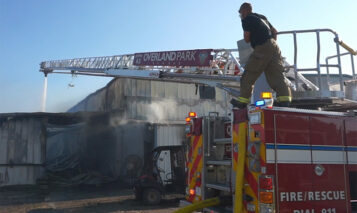 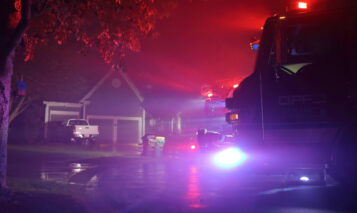 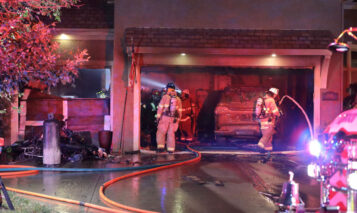 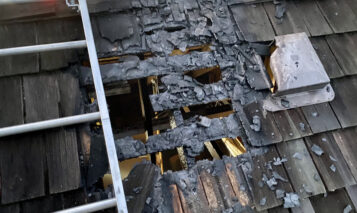