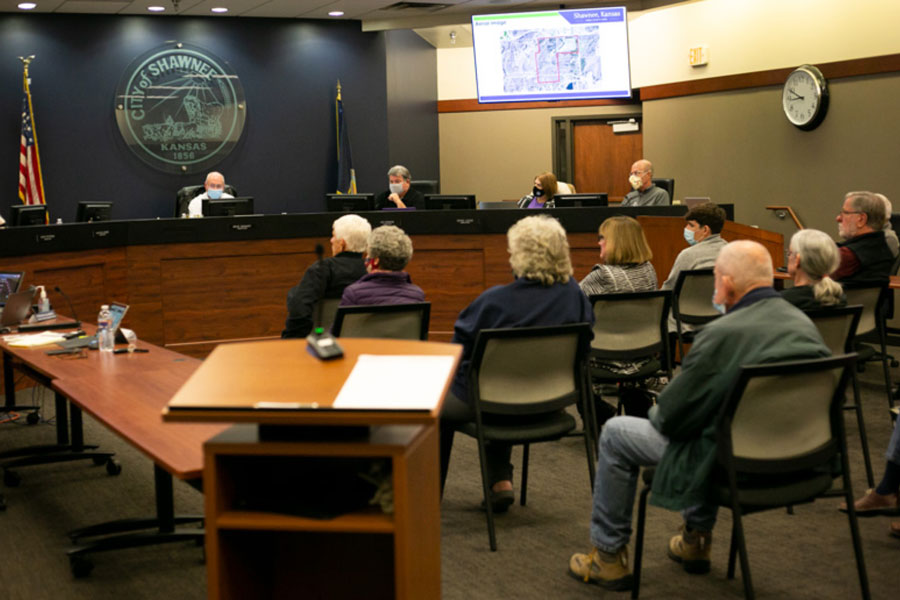 Since the onset of the COVID-19 pandemic nearly two years ago, more attention has turned to how local governmental bodies broadcast their public meetings, since in-person attendance in many cases remains limited.

The city of Shawnee, for instance, recently voted to add live video streaming of its city council and planning commission meetings sometime early next year. (Currently, the city only airs live audio.)

Cities across northern Johnson County offer a mix of livestreaming services and also allow public access to recordings of meetings after they are finished.

Here’s how you can watch city council and planning commission meetings in Johnson County’s biggest municipalities.

The city of Fairway livestreams city council, planning commission and board of zoning appeals meetings on its YouTube channel.

The city also records meetings for internal use of capturing the minutes for the meeting. Once minutes are approved, those recordings are deleted. However, recordings of the meetings stay on YouTube indefinitely.

The city of Leawood livestreams almost all of its city meetings, including city council and planning commission, on its YouTube channel for public access. Those YouTube videos are not archived, so once the livestream ends, they are not easily accessible.

Anyone interested in obtaining a recording of a meeting must request a DVD copy of that meeting for a $25 fee.

Leawood city officials did not immediately return the Post’s request for comment for this story.

The city of Lenexa does not livestream its city meetings.

The city does record all city meetings to aid with compiling meeting minutes. The audio recordings are not published online, but they are available to the public through an open records request.

City leaders have had informal discussions in recent months about adding livestreaming services and/or recording meetings for public access.

The city of Merriam does not livestream any city meetings. Jenna Gant, communications and public engagement manager for the city, said Merriam has no plans to offer livestreaming in the near future.

However, the city does record its city council meetings, which are available to view on the city’s YouTube channel after they are complete.

Gant said meeting recordings are usually posted the day after the meeting. Other city meetings are not recorded.

The city of Olathe livestreams all city council and planning commission meetings on the city’s website. Additionally, recordings of those meetings can be accessed on Olathe’s website afterward.

Tim Danneberg, city spokesperson, said each meeting is indexed so that members of the public can either watch the entire meeting or find a specific item to view.

The city of Overland Park livestreams all city council, planning commission and city council committee meetings on the city’s website.

Meg Ralph, digital communications supervisor for the city manager’s office, said Overland Park posts recordings of those meetings on its website after the livestream ends.

Like Olathe, these archived meeting videos are indexed so viewers can skip to a point on the agenda they want to see.

The city of Prairie Village livestreams all city council and planning commission meetings on its Facebook page.

The city of Roeland Park does not offer livestreaming services currently.

However, Keith Moody, city administrator, said the city does record all city council meetings and workshops. Those recordings are available on the city’s website.

The city of Shawnee currently livestreams audio and any presentations for city council and planning commission meetings on its website.

Sometime in early 2022, the city plans to add a live video feed as well.