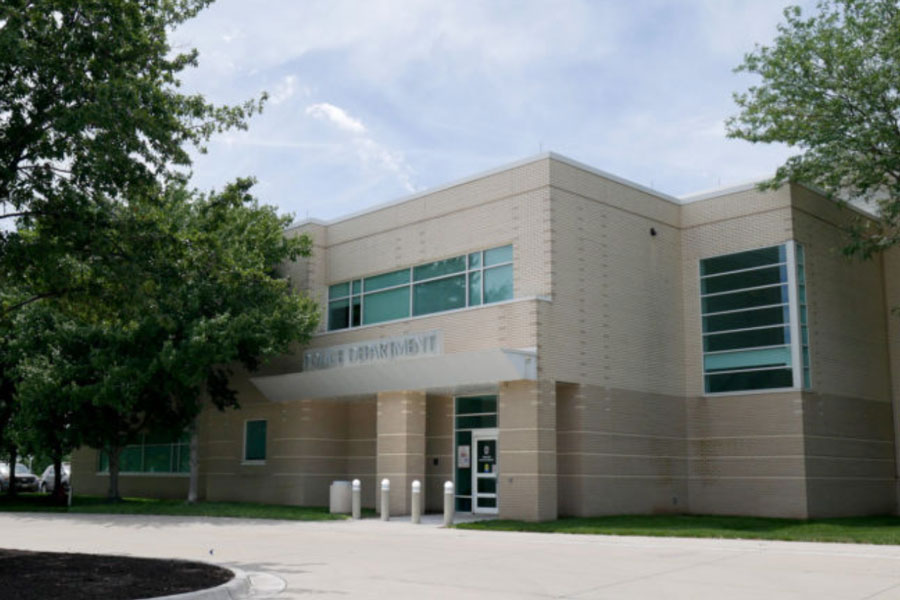 An increase in construction costs during the pandemic have contributed to the rising price tag for a major renovation of the Sanders Justice Center in south Overland Park. A city council committee this week approved raising the maximum price of the project by $4 million. Image via Overland Park city documents.

At this week’s meeting, the Overland Park City Council’s Public Safety committee approved a change order that gives more funding to improvements to the Sanders Justice Center and the Myron Scafe Building.

The improvements include remodeling the locker rooms and adding a new police vehicle storage building, which will serve as a temporary fitness facility at first.

This called for just over $4 million for the project and an additional $900,000 toward the Capital Improvement Program.

The increase in the CIP will be funded through the county courthouse sales tax.

Under the original 2019 study that prompted the Sanders Justice Center construction project, senior civil engineer Tony Rome said the program study called for a new courthouse and a new police training facility on top of renovations to the justice center, 12300 Foster Street, just of 123rd Street and Blue Valley Parkway.

The improvements advanced on Wednesday would serve as the first phase of the facility construction project.

“It’s a pretty heavy remodel,” Rome said. “Basically we’ll be demo-ing every single thing within those walls and building it all back completely, besides the floors and the rafters.”

Rome said the need for an increase in funding comes from material and labor shortages, and how those have driven construction costs up.

The rafters have been ordered, and they have approximately a seven-month lead time. He also said the new doors were ordered a couple of weeks ago and have a 16-week lead time, instead of their usual four weeks. Lockers have gone up approximately $250 per locker as well.

“A lot of things have changed in the last few years,” Rome said. “Trying to build buildings has been very complicated with labor shortages, supply chain issues, and material costs.”

The committee passed the measure unanimously.