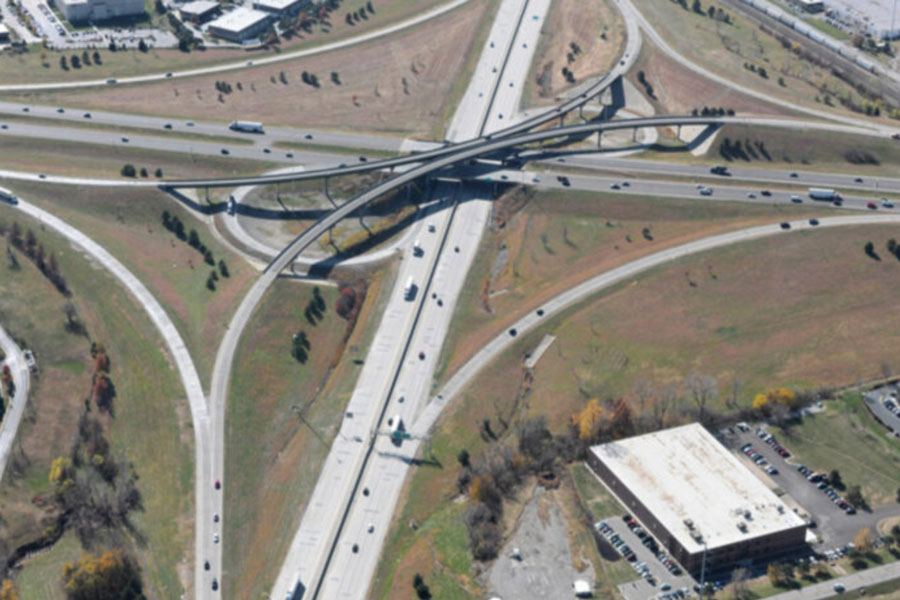 A plan to potentially add and reconstruct lanes on K-10, above, in Johnson County between K-7 and I-435 is one of three new projects put on the "development pipeline" of KDOT's Eisenhower Legacy Transportation Program, or IKE. Image via KDOT.

On Wednesday, Kansas Gov. Laura Kelly announced 26 new highway projects across the state to be added to the “development pipeline” of the Eisenhower Legacy Transportation Program, or IKE, the state’s key mechanism for addressing aging roads and bridges.

The new projects statewide total an estimated $750 million of work and are now put in a development phase “where preliminary engineering and analysis is completed to prepare projects for construction,” a website giving an overview of the project list says.

“These projects are in every region of the state — and they improve safety, expand economic development opportunities, and strengthen our communities,” Kelly is quoted in Wednesday’s release.

Three projects in Johnson County made the list of new development projects, joining another project — the toll lane expansion of U.S. 69 Highway between 103rd and 151st Streets — which is already in the construction phase, according to KDOT.

Here’s what the new projects entail:

This busy stretch of K-10 running between K-7 on the west and I-435 to the east will receive capacity improvements.

As an initial step, KDOT says it will determine which areas need 8-lanes and which can continue with 6-lanes.

“This is the next logical segment for K-10 improvements,” a project description says.

This project has an estimated cost of $223 million and is the most expansive of the three new Johnson County projects added to IKE.

This stretch of Interstate 35 south of 119th Street will get its lanes reconstructed and some new lanes added, under the preliminary project plans.

“A high-traffic area and project with regional support — Olathe, Edgerton and Wyandotte County all agree it’s a priority,” the project description says.

This project has an estimated cost of $74 million.

Interchange at Santa Fe Street and I-35 in Olathe

This project is paired with the lane reconstruction on I-35.

It focuses on the interchange at I-35 and Santa Fe Street, which serves as a major entry point to downtown Olathe from I-35.

The interchange would be reconstructed with the aim of addressing safety concerns.

It will cost approximately $40 million.