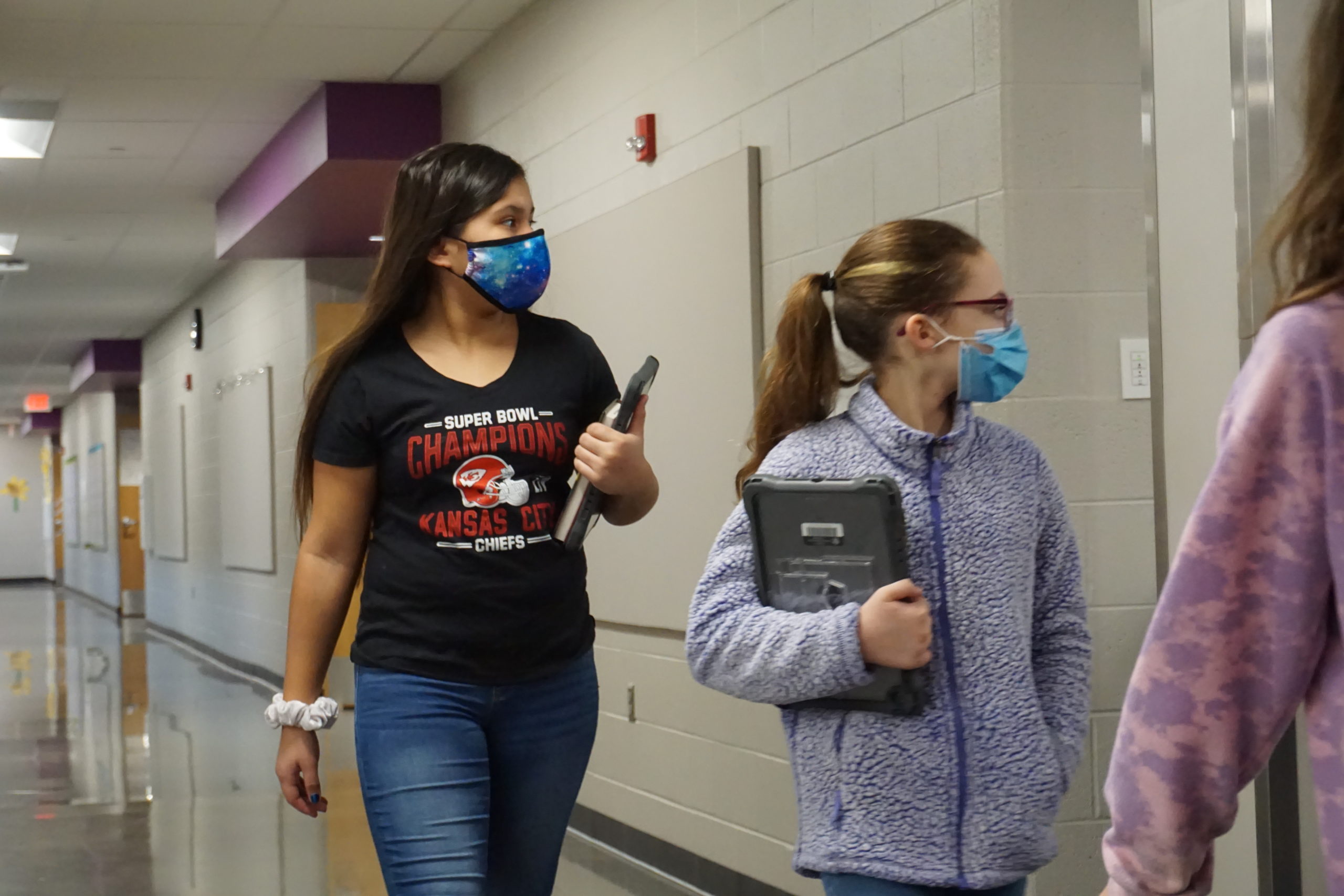 The Kansas Supreme Court in a ruling issued Friday affirmed a Johnson County judge's decision to toss out a lawsuit two parents filed last year against the Shawnee Mission School District challenging the district's mask policy, but the high court said the lower court judge went too far in declaring the emergency powers law under which the parents sued to be unconstitutional. File image.

The Kansas Supreme Court reversed a district court decision Friday that threw out a lawsuit filed against the Shawnee Mission School District’s use of COVID-19 pandemic prevention measures and declared the underlying state law a violation of the state and federal constitutions.

Justices of the state’s highest court faulted the lower court’s decision to weigh in on the constitutionality of Senate Bill 40 adopted last year by the Legislature.

The Supreme Court agreed the Johnson County judge properly tossed out two parents’ lawsuits against SMSD because they weren’t filed soon enough, but the justices concluded the judge procedurally went too far by unnecessarily wading into constitutional considerations.

Justice Dan Biles, appointed by Democratic Gov. Kathleen Sebelius, wrote the “decision may be just a temporary retreat from a raging storm” of political and legal intrigue as the state worked through government boundaries on emergency management.

“It reflects necessary adherence to a long-standing doctrine of judicial self-restraint known as constitutional avoidance,” Biles’ opinion said. “This rule strongly counsels against courts deciding a case on a constitutional question if it can be resolved in some other fashion, especially when the question concerns the validity of a statute enacted by our coordinate branches of state government.”

Johnson County District Court Judge David Hauber had dismissed a lawsuit filed by two parents against SMSD because the plaintiffs didn’t challenge the district’s face-covering policy within the mandatory 30 days.

Hauber also ruled the pandemic law approved by the Legislature unconstitutionally deprived school districts of due process and interfered with the judicial system by mandating a verdict within 10 days.

Hauber’s opinion said: “One can imagine the reaction from legislators if courts routinely demanded that a given legislative committee or chamber enact a law or report a bill out of committee within a certain time frame.”

Attorney General Derek Schmidt, a Republican who is running for governor in 2022, intervened in the case before the district court and appealed the lower court ruling that SB 40 was unconstitutional.

She argued the appeal by the attorney general’s office should have been dismissed for lack of jurisdiction. Luckert said the district court didn’t have authority to reach Senate Bill 40’s constitutionality once it decided the lawsuits were untimely.

Provisions of COVID-19 state law applicable to school districts expired last summer, but the statute aimed at restraining county governments was left in place by the Supreme Court.

“The district is disappointed that the Court declined to strike down legislation that so clearly contradicts the Kansas constitution. However, we believe this case brought to light the highly problematic nature of SB 40, and anticipate that any future similar legislation will be challenged and likely struck down by the courts.”