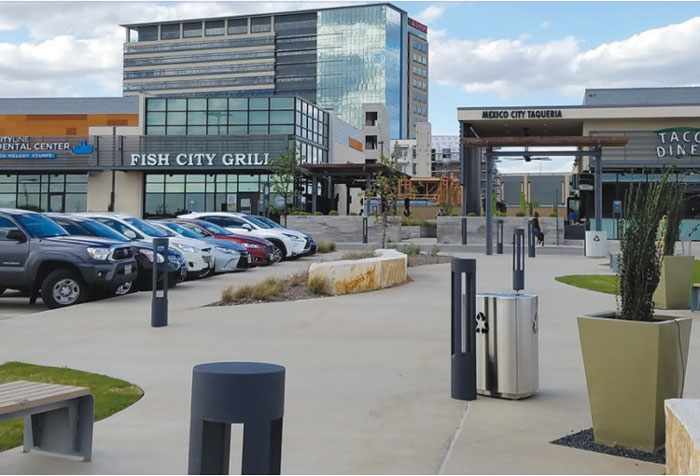 Galleria 115, a mixed-use development at 115th Street and Nall Avenue in Overland Park, plans to increase the density of the project. The developer is looking to increase the project's apartment count to a total of 678 total units between two multifamily complexes while adding additional office and commercial spaces. File photo.

A new year means new changes for the 37-acre, mixed-use development known as Galleria 115 at 115th Street and Nall Avenue in Overland Park.

First approved by Overland Park City Council in November 2018, the $350 million project has seen many delays since then.

However, the delays have not stopped the developers from pushing forward with a bigger concept for the site.

In a new preliminary site plan completed by Kansas City-based Block Real Estate Services late last year, the developer is looking to increase the project’s apartment count to a total of 678 total units between two multifamily complexes, according to Overland Park documents.

With the changes, a planned apartment community in the southwest corner of the development increased from 300 to 356 units.

Parking garages will also be residing under and just south of the planned apartment complex with the new plan. The developer originally planned to have a five-story parking garage, but that has been done away with in the revised plan.

The other apartment community in the development, The Residences of Galleria, is planned to have 322 units that will be open by spring of this year, according to its website.

In addition to more apartments, office and bank square footage is also growing with the new plan.

Block’s latest plan includes the addition of a Fidelity Bank on a lot that was originally set to be a restaurant location.

Galleria also plans to incorporate around 130,000 square feet of commercial uses, which include retail, restaurant and entertainment.

Among the restaurants on site will be a Chick-fil-A and Whataburger, which was approved by the city earlier in fall.

The city council was presented with the new plans for Galleria 115 in December, but opted to remand the project back to the planning commission to allow city staff the opportunity to ask the developer more questions about the project.

Galleria’s latest site plan will be reviewed once more by the city’s planning commission in the coming months.