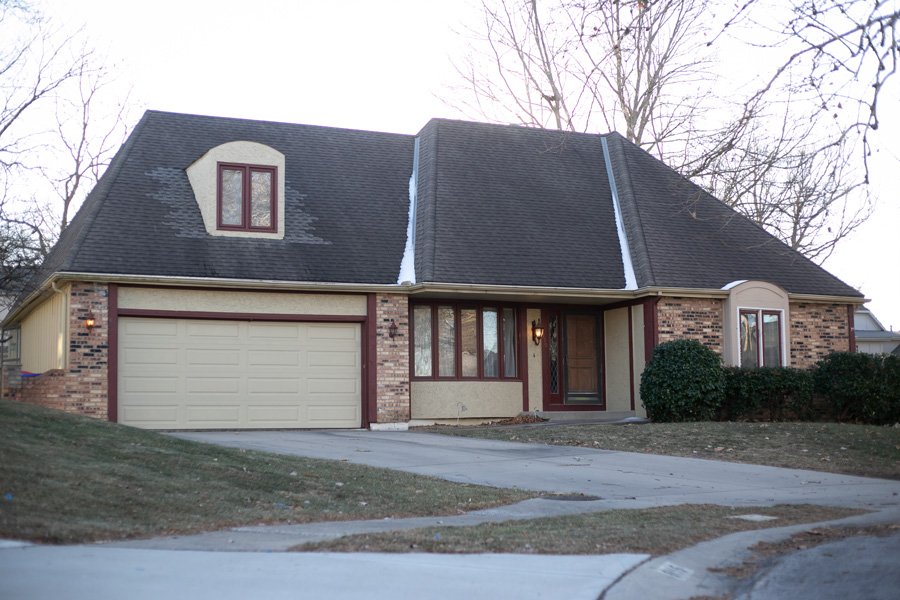 A man who runs a nonprofit serving the homeless in the Kansas City area wants to establish what he calls a "sober living facility" in this four-bedroom home in the Shannon Valley Estates neighborhood off College Boulevard and Antioch Road. The house would provide space for up to eight people who have been referred from hospitals, detox centers and recovery agencies to live while they get their lives organized. Photo credit Leah Wankum.

The house at 9119 W. 113th Street in Overland Park represented a chance at a new life for Kar Woo’s parents when they emigrated from Hong Kong more than three decades ago.

Now that they are gone, Woo, founder of the non-profit Artists Helping the Homeless, hopes to offer the same thing to people struggling with addiction.

First, though, he will have to convince neighbors who have distributed flyers and raised the alarm to city councilmembers last week.

Woo proposes a “sober living facility” for the four-bedroom home at the end of a cul-de-sac in Shannon Valley Estates. That would provide space for up to eight people who have been referred from hospitals, detox centers and recovery agencies to live while they get their lives organized, he said.

The home, to be called the Concord House, would have a monitor on site around the clock and would provide basic services like transportation to jobs, doctors and school, he said.

The model is similar to the Oxford House recovery facilities, except residents would not be charged for their stay.

Woo said he talked to the board of the home association about two weeks ago.

The idea is new enough that no permit application has yet been made. But a neighbor two doors down said the people he knows are in shock.

“I’m hearing language I haven’t heard since I was in the Army 50 years ago,” Richard Renzi told councilmembers during a public comment period Jan. 3.

Renzi said he and other neighbors were just learning about it. He understood the facility to be for people who are not in a rehab program.

“They don’t work. They just hang around,” he said. “That such a thing could happen in our neighborhood of unlocked doors in the daytime is beyond us. It’s a nightmare for our sense of security not to mention the resale value of our largest personal investment, our homes.”

Shannon Valley Estates is a neighborhood of 1980s era homes across College Boulevard from Corporate Woods and just down the hill from Antioch Road. Various real estate services put the median home price there at $379,000.

But neighbors don’t yet have the full picture of how the Concord House would operate, said Russ Townsley, accountant for the nonprofit who sat in on an interview the Post conducted with Woo.

“Some people in Shannon Valley have envisioned this as being something other than it is,” he said.

Townsley and Woo hope a detailed letter to homeowners and an upcoming Zoom meeting later this month will clear things up.

The Concord House isn’t the first of its kind for Artists Helping the Homeless, but it would be the first in Johnson County.

They already have two such respite homes in Lawrence and two in Kansas City, the first of which opened in 2015. Those homes have an excellent record of success and no complaints from neighbors, they said.

“They do get jobs; they do work. They don’t just hang around,” Townsley said.

In fact the program offers a scholarship fund and encourages participants to attend counseling, therapy or treatment programs off-site.

The residents come by referral only and are vetted by case workers from referring agencies. The program is voluntary, for people who have committed to making a change in their lives, according to a letter sent to homeowners.

Drugs and alcohol are not permitted on site, and there is random testing, as well.

As for security, the Concord House would not accept sex offenders or violent offenders. Residents there would not be locked down, but are asked not to leave on their own. Visitors also are limited to case workers and family. Staff is on hand at all times, not only for security but to provide support for the residents, he said.

The respite houses were started as a way to fill a gap in care for people with addiction, Woo said.

People coming out of detox would typically have to wait one or two months to be admitted to an inpatient treatment center. Without support, they often relapsed, losing confidence and hope, he said.

“This is opening up hospital beds as well as saving the community money over time so they don’t keep running into the same challenges,” Woo said.

The homes are meant to provide a structured way for people recovering from addiction to get the support they need, said Townsley.

“The goal is for people to go through recovery, get jobs, get stable housing and not just survive but thrive in the workforce.”