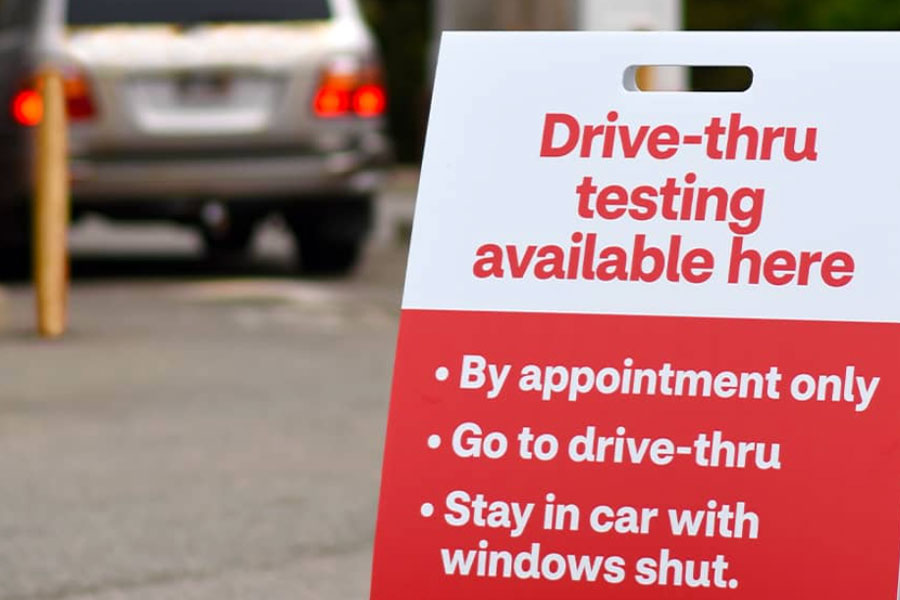 Peter Carnesciali, a Kansas City, Missouri, resident and who works as an engineer for Minted.com, an online marketplace for artists, created the Twitter account KC Vaccine Watch last March to help metro residents find local vaccine appointments, at a time when such slots were in high demand.

The Twitter account was linked to a bot Carnesciali that automatically tweeted out appointments when they became available.

Carnesciali shut KC Vaccine Watch down over the summer after vaccination appointments became easier to find and demand dropped.

However, he said people began reaching out to him for help in finding testing appointments in recent weeks after the rise of the Omicron variant caused a record surge in cases

So, Carnesciali relaunched the bot service about two weeks ago, this time tweeting out testing appointment opportunities.

“It’s been really great to see all the appreciation from people saying that they were looking for something like this and that they’re glad to be able to find it when they needed it,” he said. “I’ve gotten a lot of people telling me how much they appreciate it.”

Carnesciali suspects that the appointments the bot service finds are probably a result of cancellations, which create the sudden openings in CVS Health’s appointment system.

The bot service keeps track of appointments, scans what it has already checked is available, and is then connected to the Twitter account that tweets them out.

So, the account’s more than 21,000 followers will see tweets like this scroll across their feed whenever an appointment becomes available:

Carnesciali initially created the bot service last year to find a vaccination appointment for himself, and then he helped some friends out by sharing appointments with them.

The bot service only connects to CVS appointments because Carnesciali noticed other testing providers attempt to block out bots.

He hopes that CVS appointments the account tweets out help fill the need for testing as the Kansas City area navigates this recent surge in COVID-19 cases.