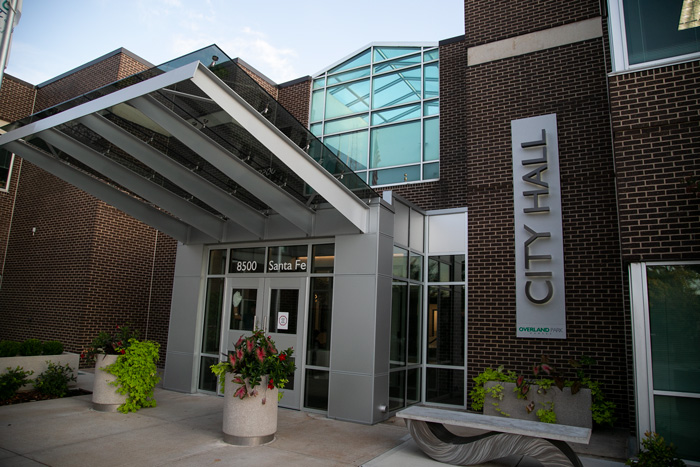 Based on the suggestion from new Councilmember Melissa Cheatham, a city council committee recently sent instructions to city staff to work out the details of a system for posting councilmembers' votes just a day or two after meetings. Currently, individual councilmembers' votes are included in meetings' officials minutes, which typically don't get approved until a week or two later.

People who want to know sooner rather than later how individual councilmembers voted in Overland Park may get some help this year.

A city council committee recently sent instructions for staff to work out the nuts and bolts of including voting records on the city’s website within a day or two of a meeting, rather than later in the approved minutes.

Ward 2 Councilmember Melissa Cheatham, who was elected to her first term in November, presented the idea to the Finance, Administration and Economic Development Committee earlier this month as a way, she says, of adding transparency to city proceedings.

Currently, the council and its committees take roll call votes when required. Otherwise proposals live or die by voice votes in which individual votes may not be clear.

Some information on votes is available in the minutes, but those usually take at least a couple of weeks before they can be approved or corrected at the next meeting.

Cheatham, who is not on the FAED committee, told the committee at its meeting on Wednesday, Jan. 19, that a timelier accounting of votes will help residents stay engaged and hold their officials accountable.

“It’s not a secret how we voted. It’s just a little difficult to find,” she said.

She referred to a 4-2 vote taken minutes earlier at that very meeting. With members wearing masks, it was difficult to tell how they voted, even for a person in the room, she said.

For someone watching remotely, with cameras placed at a distance from the dais, it might have been next to impossible.

There’s already a way for votes to be recorded, at no extra cost, if the city chooses to use it, Cheatham said. Software that displays recordings and agendas of the meetings contains an option to compile and post councilmembers’ votes.

Others on the six-member committee were generally favorable about the idea but asked staff to come up with information on the details of how it would work.

For instance, some committee members wondered if the city should use a vote record that is searchable by councilmember or by individual agenda items.

Councilmember Paul Lyons and committee chairman Fred Spears questioned whether the additional roll calls — where each individual councilmember is asked to voice their vote — would slow down proceedings, though both said they didn’t oppose the idea.

Lyons said virtual meetings in the pandemic’s early days had all roll call votes and “that tended to slow meetings down quite a bit.”

Councilmember Tom Carignan wondered whether the idea should begin just with the full council meetings or extend to committees also.

He also said the committee and staff should consider legal consequences if, say, there was a discrepancy between the website and the minutes later.

“I think this could be a good thing. I just want to make sure it’s meaningful, that it adds value and it doesn’t become onerous on the staff,” he said.

City staff was instructed to look first at limiting vote tracking to just full council meetings as a sort of pilot project.

Cheatham said she hopes that after that’s evaluated, the vote records will be expanded to include committees.

“I do think there’s a sense sometimes in the community – probably not a fair sense – that people’s minds are made up by the time it gets to the council, or by the time something’s gotten to the council it’s too late,” she said.

Since it was a discussion-only item, there was no vote at the committee.