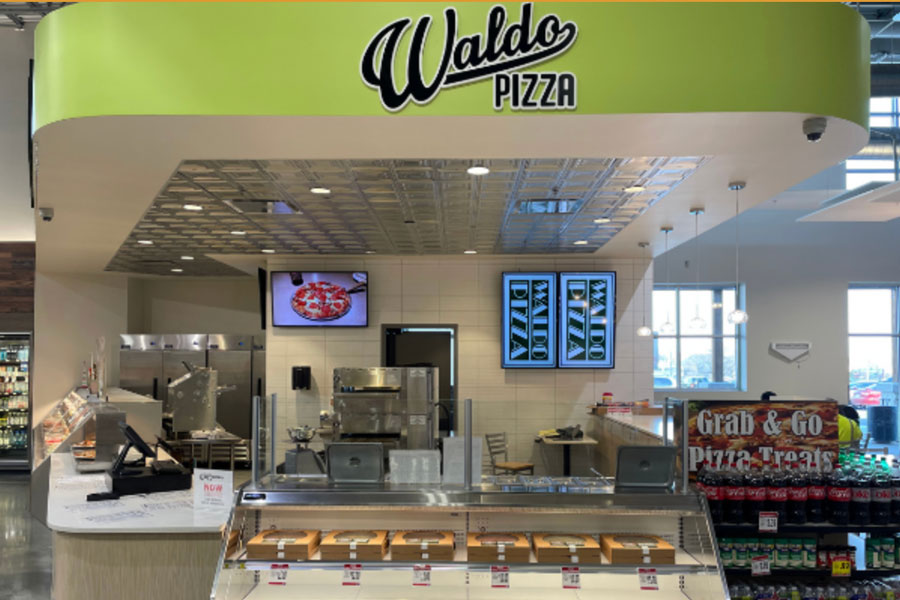 Waldo Pizza Express, billed as a “grab-and-go” option for pizza lovers, will soon open a kiosk next to a Starbucks in Cosentino’s Market in the Bluhawk shopping center, 8051 West 160th Street.

Company officials say the Waldo Pizza Express there will open inside the market in mid-February.

Shoppers can order pizzas at the counter, and they’ll be ready in 10 to 15 minutes. The pizza place also plans to eventually offer curbside pickup and delivery, owner Steven Kingery told the Post.

As of last month, there is also a Waldo Pizza Express inside a Cosentino’s Price Chopper in Blue Springs, Missouri, too.

The express locations will offer all the same toppings and crusts available at the restaurant, except for the honey wheat crust.

The kiosk at Cosentino’s will feature the restaurant’s popular gooey butter cake.

How the idea came about

Kingery said the idea for the express concept was a collaborative one with Cosentino’s stores.

He said it came from the early pandemic days in 2020, when Waldo Pizza started offering take-and-bake pizzas in some Cosentino’s locations.

“We started doing take-and-bakes in the grocery stores and they noticed how well our sales were going through all their stores,” Kingery said. “So they approached us with the idea of having like an actual kiosk-type express inside of their grocery store. We definitely leaped at the opportunity.”

Waldo Pizza Express at Cosentino’s at Bluhawk will be open daily from 11 a.m. to 9 p.m.