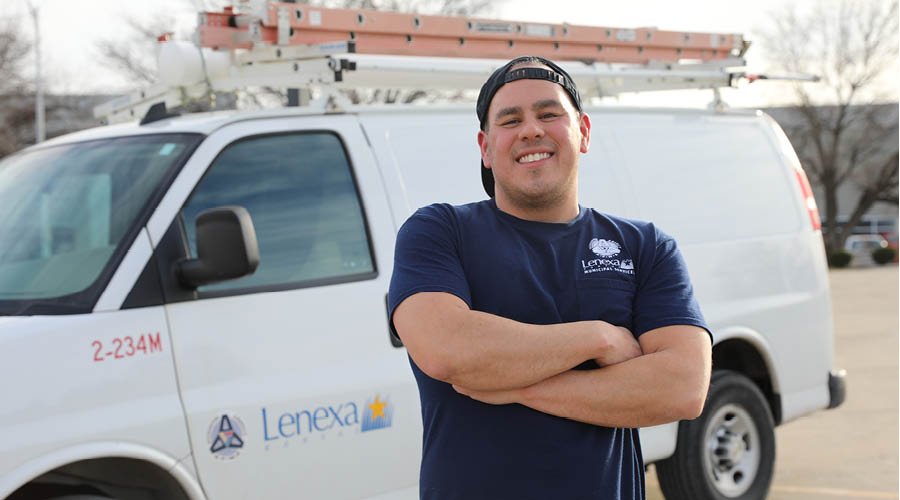 Bobby Lyon has worked for the City of Lenexa Municipal Services Department as a facilities maintenance technician since 2017.

Repairing water fountains. Fixing garage doors. Cleaning air conditioner units. The four full-time facility maintenance technicians working for the City of Lenexa’s Municipal Services Department do it all. For Bobby Lyon, though, it’s more than keeping things in working order. His job is about helping others, learning new skills, and seeing his handiwork across the city.

Growing up, Bobby recalls how his dad was super handy.

“If we had something and it broke, our options were to fix it or do without,” Bobby said.

As a young kid, Bobby not only saw his dad repair what was broken, but he also saw him take parts and make them into something.

“My dad and I are both really into motorcycles [and fixing them up],” he said. “A lot of times, it was just me running tools, parts, holding the light, listening to him try to figure it out. Once he was finished, I was always like, ‘Wow! Something coming out of nothing.’ Something busted up and put back together. I always thought that was a cool process.”

When Bobby saw Lenexa City Hall being built in the growing Lenexa City Center neighborhood in 2017, he knew change was coming.

“I started in the apartment industry [nearby] literally picking up pet waste and cigarette butts,” he said. “I was a groundskeeper and stayed there for a while and worked my way up to the service manager position. I don’t know why I was so good at it, but turns out I was. I watched [City Hall] get built.
Whenever you see a new building, there are often job opportunities that come with it.”

Struggling to balance work, college courses, kids and home life, Bobby was looking for a shift in his career.

“It was time for something new,” he said. “Something I could leave at the door every day. Here, we have a great crew, a great team. That’s honestly my favorite part because I come to work every day and it’s like hanging out with your friends. We talk. We laugh. Someone has a problem, we help. It’s like a little family — that’s not something you find at every job.”

Bobby joined the City of Lenexa in 2017 as a facilities maintenance technician I and has since been promoted to a technician II. The work hasn’t always been simple, and there is always something new to learn.

“Plumbing is not my favorite, it’s dirty work,” Bobby said. “That part took a lot of adjusting for me. But, you know, the end of the day, you go home, take a shower and forget about it.”

Leaving it better than you found it

Bobby starts the first 30 minutes of his workday behind the computer checking the status of work orders before jumping in a City vehicle and getting to a work site.

“There are a lot of little different things you don’t think of normally until that one instance it doesn’t work and you want it to,” Bobby said. “I never know what I will encounter, but I always know that my team — and the others within our City — will be able to work together to make a difference for the community.”

Bobby said one of his most memorable days at work was when he was cleaning a chiller — part of the heating and cooling system — at the Lenexa Police Department and found five newborn kittens living inside the machine.

“These kittens were adorable,” he said. “I had to go get animal control. They helped us get the kittens all cleaned up and we took them to an animal shelter. Hopefully they got a second chance at life.”

“The best maintenance is the maintenance you do before you have to fix things,” Bobby said. “Water heaters, drinking fountains, circuit breakers, fans — there’s just a lot. Throughout the year, we’ll make sure we touch on every single one of these.”

Being able to use his hands and leaving things better than he found them is what makes Bobby feel satisfied about the work he does.

As a young father, Bobby tries to involve his two kids in his work accomplishments, as simple as they may seem.

“I hope my kids see that working with your hands is something you can do for a living and that trade skills are a perfectly good option for a career,” he said. “I hope they would see that those talents are equally something to be proud of.”

That means when they’re passing through Lenexa as a family, Bobby points out the work he’s done for the city.

“You drive around and you’re like, ‘Do you see that building right there? Dad works to keep it up and running,’” he said. “They don’t care, but I do. I think it’s fun.”

More than a handyman

Bobby and the facilities maintenance staff are an integral part of the daily operations of every city-owned building within Lenexa.

“Without [our] work, the structure, upkeep and presentation of our city facilities would not be up to standard, and our city employees and community members would not experience the enjoyable environment that they do,” he said.

When a new person starts on the team, they become well versed in all aspects of facility maintenance.
“They come with me, and I show them what I know,” Bobby said. “After I get them up to par with what they need to know, we’ll send them with someone else from the team. They can pretty much learn a different talent from everybody on our crew.”

Taking pride in his work is essential. That’s a standard Bobby and his co-workers believe in.

“No one wants a half-done job with a mess everywhere,” he said. “You don’t want to leave stuff for the next guy. You want to make sure it’s done right the first time. And we are never without. The City buys all our uniforms, buys our boots, tools, trucks to drive. If we need personal protective equipment, we get it. We always have what we need to be effective in our position.”

What’s the work he’s most proud of? Helping the City of Lenexa’s We Care Committee — employees who organize efforts to support local charitable groups and causes — load and transport holiday gifts for local kids and families that employees sponsor through Red Bags KC program.

“I look forward to it every winter,” he said. “That’s something that I’m passionate about in my own time, just helping people out, people in need. I never went without, but every now and again people need a hand. That’s one thing I’ve always tried to do myself and teach my kids. Just help when you can.”

Bobby Lyon lives in Olathe with his wife, Kristin, and two kids, Willow and Porter. Outside of work, Bobby enjoys spending time outdoors, going on road trips with his friends and riding his motorcycle.

Ready for your next career move? At the City of Lenexa, you’ll be trained, supported, and valued. Build your future with us and use your talents to grow and succeed as a member of our team. Learn about current job opportunities at Lenexa.com/Jobs. 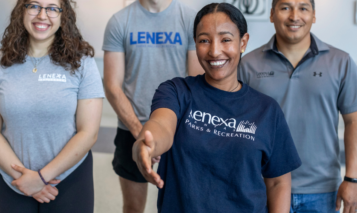 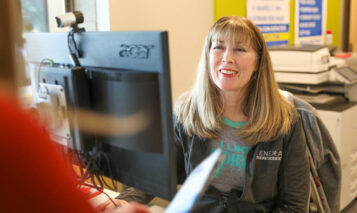 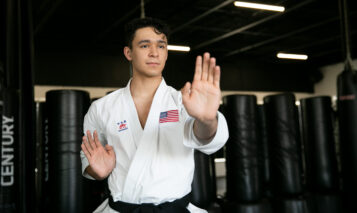 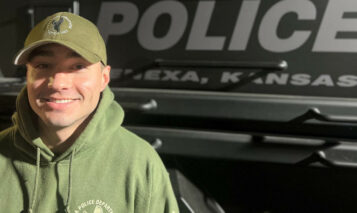 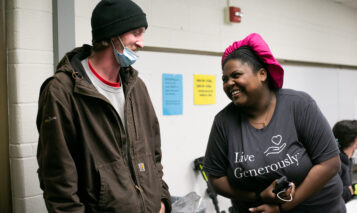 Project 1020, JoCo’s only winter shelter for adults, opens just in time for bitter cold after delay