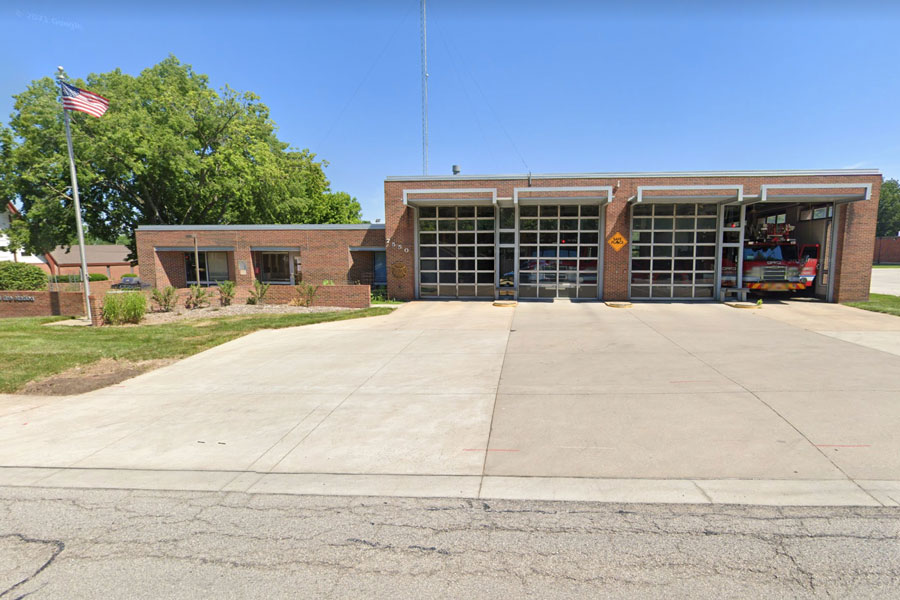 The Overland Park Public Safety Committee approved an agreement for final designs for a reconstructions of Fire Station #41 on 75th Street. This would allow the city to pursue final design and construction services at the cost of $1.04 million. Image via Google Maps.

Plans for a fire station reconstruction in Overland Park took a step forward this week.

The city council’s Public Safety Committee on Wednesday approved a supplemental agreement for the reconstruction of Overland Park Fire Station #41, which sits near the intersection of 75th Street and Conser, just west of Metcalf.

The agreement will allow the city to pursue final design, site development, permit and construction services from Kansas City-based SFS Architecture at the cost of $1.04 million.

The city initially selected SFS for design services in 2016. The company established a project budget for the fire station last year.

Project engineer Tony Rome said sustainability is a key factor of the project.

Although plans aren’t finalized, he said some of the improvement possibilities include adding bifold doors, using LED lighting and removing part of the parking lot to incorporate more green space.

“In all of our buildings, we use energy-efficient lightbulbs and we always strive to make every building as efficient as we can,” Rome said. “It’s good stewardship of taxpayer funds and for the environment.”

Before voting, the committee and city staff discussed the sustainability factor of the station design at length.

Some conversation involved the possibility of obtaining LEED certification, which would establish an environmental standard for the building as a city facility.

City manager Bill Ebel said that to a degree, an energy-efficient standard already exists for city facilities without that certification. The main perk to gaining LEED certification, he said, would be branding for the city.

“We have an energy code that we’ve adopted for all construction, private and public,” Ebel said. “There are certain components of a certification that may get you that brand, but it doesn’t mean that our staff has not always been (using) the latest and best in energy.”

Pursuing LEED certification would stop design until the months-long certification process ended, which some committee members expressed concern about due to how far the project has already come.

“I don’t see us, as a council, stopping projects in the middle,” said committee member Scott Mosher. “To take an existing project that we’re looking to get started and to stop it in the middle after all the work’s done, to me, is going cost us as much as maybe making it LEED-certified might save us.”

The committee passed the supplemental agreement unanimously. After plans for the fire station are finalized, they will later go before the city’s Planning Commission for approval.