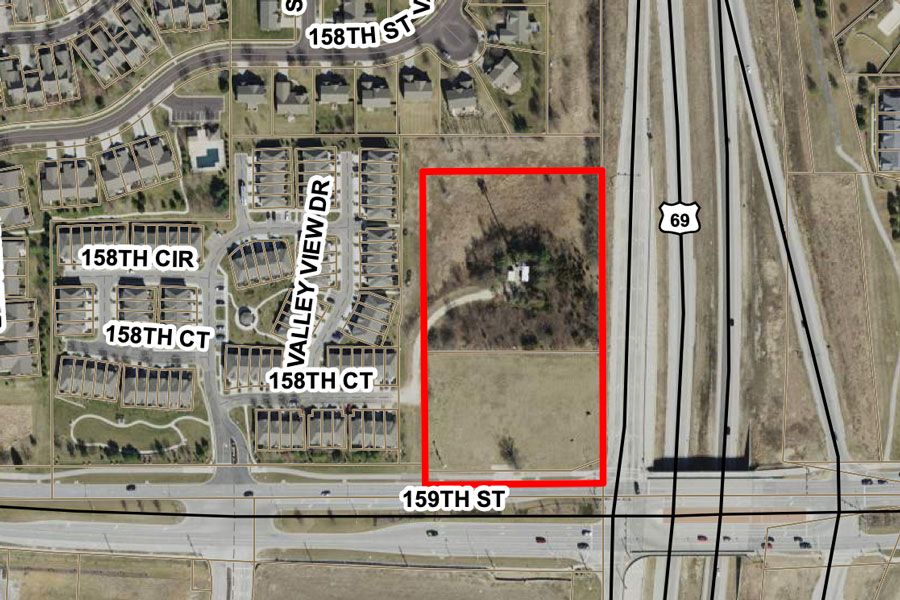 The Overland Park Planning Commission tied in a vote for a car wash at 159th Street and U.S. Highway 69 at this month's meeting, denying it by default. Site rendering from city documents

An evenly split vote at the Overland Park Planning Commission’s Monday meeting sent plans for a new car wash back to city council.

Smithco Group, the applicant, proposes building a car wash for a roughly 4-acre site at the corner of 159th and U.S. Highway 69. The site neighbors the Rockwood Commons housing development, the Ridge at Pinewood subdivision and the Bluhawk commercial development.

Following a lengthy discussion, the planning commission again recommended denying both a rezoning request and special use permit for the auto soak tunnel car wash. Both recommendations to deny came by default because they lacked a majority in favor of approval.

Plans for the proposed car wash will go before the Overland Park City Council with recommendation for denial March 7.

Plans for the car wash came before the Overland Park City Council on Jan. 3, and the council remanded the proposal to the planning commission for further consideration.

Since then, project engineer Tony Meyers said analysis had been conducted to address previous traffic concerns, such as the possibility of increased traffic and accessibility to the site.

Project staff took measures to address these concerns, such as recommending restriction on u-turns for westbound traffic at Shawnee Drive, reviewing access control rights with the Kansas Department of Transportation and determining the level of traffic the site would generate.

Meyers said staff determined this property to be most appropriately developed with land uses that would create low to moderate traffic intensity.

“We believe that this proposed land use probably falls in that category,” he said.

Curtis Holland, an attorney with Polsinelli Law Firm representing the applicant, confirmed one of the main concerns about the car wash from previous discussions was access from 159th Street and its connection to U.S. 69. Some discussion took place about moving the car wash’s driveway entrance slightly west, he said, but an emergency pole and underground piping make that difficult.

“It’s also important to know that the hours of operation for this facility are going to be (9 a.m. to 8 p.m.) and it’s going to occur over the day,” Holland said. “So it’s not going to be concentrated. You shouldn’t have any impact on the early morning and (evening) peak hours with the amount of traffic that’s going to be generated from the site.”

In discussion, commissioners were evenly split. Some were still concerned about traffic and access, while others were less worried after staff’s further analysis or unsure if any other land use would have the same problems at this site.

Commissioner Edward Reitzes said that although traffic would increase for the car wash compared to the water tower and the cell tower that previously occupied this space, he did not expect it to be drastic.

“I think generally speaking, It’s not going to be all that heavy for a car wash,” Reitzes said. “Even though the interchange is going to get busier of course as time goes by and there’s more development nearby, I just don’t see this as being a proposal or a project that is really going to be detrimental to the area.”

Commissioner Radd Way said it seemed like a car wash was not the right fit, considering all the traffic concerns and potential means to address them.

“It feels to me like we’re trying to force the commercial use into a site location that isn’t appropriate for that,” Way said. “When I hear about all the u-turns and stoplights and what everybody’s going to do, I don’t think it’s an appropriate use.”