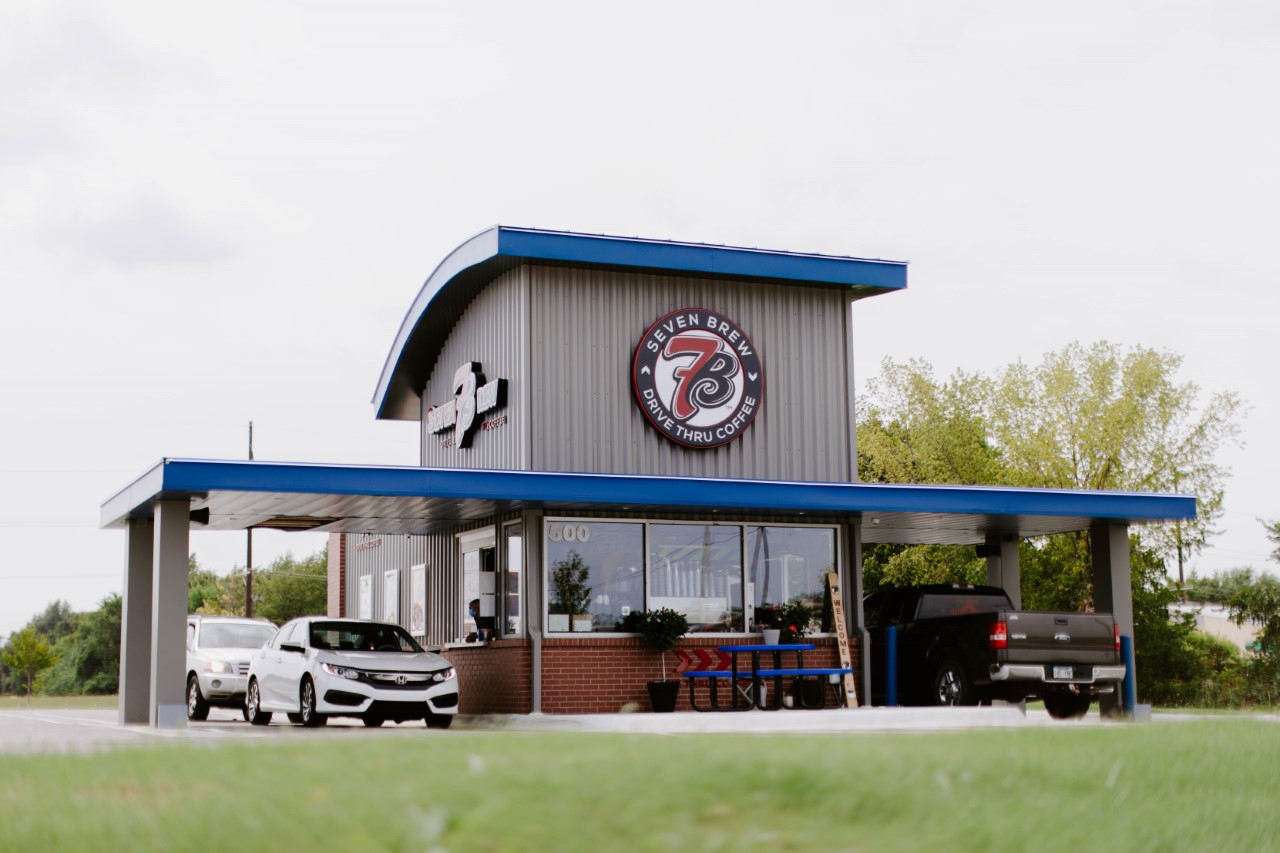 Arkansas-based 7 Brew Coffee is planning to open a new drive-thru-only location in Overland Park sometime this May at 151st Street and Metcalf Avenue. Four other locations are also coming to the city by the end of 2024. The coffee franchise specializes in both iced and hot coffee and also mocha chillers. Photo via 7 Brew's Facebook page.

7 Brew Coffee, an Arkansas-based coffee chain, is making its way to the Kansas City metro with plans to open several drive-thru-only locations around Overland Park within the next few years.

Officials say Mean Bean Development LLC, an area franchisee group, is aiming to launch the first location in Overland Park at 15041 Metcalf Avenue sometime this May.

At their Monday meeting, the Overland Park Planning Commission unanimously approved the final development plan for that new Overland Park shop as part of their consent agenda.

Another area franchisee, EBS Investments LLC, says they too plan to open a location in the city before the end of the year, but it will be in north Overland Park. And by 2024, the group hopes to have three other locations launched in the area.

7 Brew specializes in both iced and hot coffee, as well as mocha chillers, according to its website.

Customers can customize their drinks by adding one of the company’s seven original flavorings, such as Snickerz or White Chocolate Mocha.

In 2017, the company opened its first location in Rogers, Arkansas. There are now 16 locations across Arkansas and Missouri, and the  first Kansas location is opening this month in Topeka.

The investment from Drink House Holdings is what has allowed for the rapid expansion 7 Brew is currently undergoing throughout Kansas, a company spokesperson said.

“We have set ambitious growth and expansion goals, including launching a franchising program, and Drink House Holdings’ expertise will be invaluable in achieving those goals,” Evan Grisham, president and director of franchising, said a release.