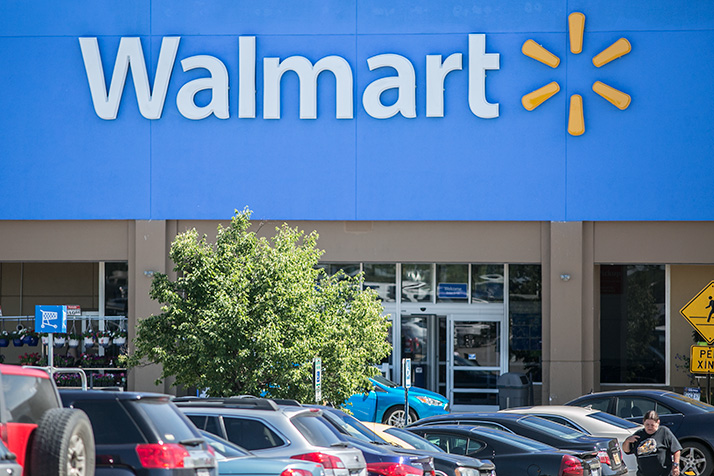 If the Kansas Supreme Court rules against Johnson County in its appeal of a lower court’s ruling on how to appraise Walmart stores’ properties, it likely won’t be a budget killer right away for Overland Park, said City Manager Bill Ebel.

But he cautions that future structural changes that upset the balance of property tax, sales tax and user fees collections could be “concerning” in the long run.

Ebel recently said that a “substantial portion” of the estimated $1.5 million the city might have to refund due to the ongoing Walmart case has already been set aside in a liability account, should the court rule in favor of the retail giant.

In remarks to a city council committee recently and then later to the Post, Ebel said any refunds the court orders should not result in cuts to the current budget.

“However, the reduction in future revenue that would be a result of reduced assessed valuation would negatively impact future budgets,” he said in an email to the Post.

A reduced property tax base and less reliable sales tax growth could result in some tough choices ahead for city leaders, he said.

Ebel initially shared his thoughts with the city council at its meeting Jan. 24 as he discussed the city’s five-year capital improvement budget. At that time, questions arose about the Walmart case and the sales tax outlook.

At that meeting, he called the city’s current financial state “stable.”

The questions came up because the Kansas Supreme Court had recently decided it would hear the county’s appeal of the Walmart and Sam’s Club property valuations of 2016 and 2017.

In that case, Walmart appealed its property valuation, saying a different appraisal method should have been used.

Widely known as “dark store” valuation theory, Walmart and other big box retailers across the country have challenged their local tax bills, saying the value of the business itself should not figure into the value of the store site for tax purposes. (Critics have dubbed this the “dark store” theory because, in essence, retailers are arguing their properties should be appraised as if the buildings are empty.)

Kansas courts have so far agreed with the retailers. A final ruling against the county by the Supreme Court could result in refunds to those retailers and lower future tax revenues.

More than a third of the city’s assessed valuation is for commercial properties, Ebel explained.

In some cases, changing the appraisal method would result in the values of big box retailers decreasing by about 40%.

If that scenario is applied to the rest of the commercial property tax category, the city’s property tax revenue would be reduced by about $8 million a year, or about two mills.

The impact would be even greater if other types of retail are included, he said.

Commercial businesses are big users of police and emergency services but would be paying less. Continued loss of revenue would mean the city must choose between reducing those services, reconfiguring its budget or increasing revenue some other way, he said.

In the past, Overland Park has been able to rely on steady and growing sales tax revenue from its retailers – a resource that not every Johnson County city has. But sales tax has also been fluctuating due to the growth of online shopping and the COVID-19 pandemic.

Ebel told councilmembers in January that sales taxes made a strong and unexpected rebound this year and are expected to grow by 2.7% in the five years following this year’s 0.8% growth.

But he warned councilmembers not to take a growing sales tax base for granted.

“That strategy worked while you were a fast-growing city and there was no other competition in the area for sales tax,” he said. “It is not a strategy for sustainability going forward. You’re going to have to take a more balanced approach between those two revenue sources.”

Ebel didn’t see the recent downgrade of the city’s bond rating by Moody’s as an issue that would have a big effect this year because the city still has an AAA rating from two other agencies and the downgrade was based on hotel guest taxes, which do not fund general operations.

Nor does the city issue bonds to pay for street maintenance.

Bond ratings can affect the interest rate cities pay to borrow for capital projects, though. In general ratings agencies consider a government’s ability and willingness to collect enough in taxes to pay off the amount.

Restrictive court rulings or a shrinking tax base can be seen as unfavorable conditions, he said.