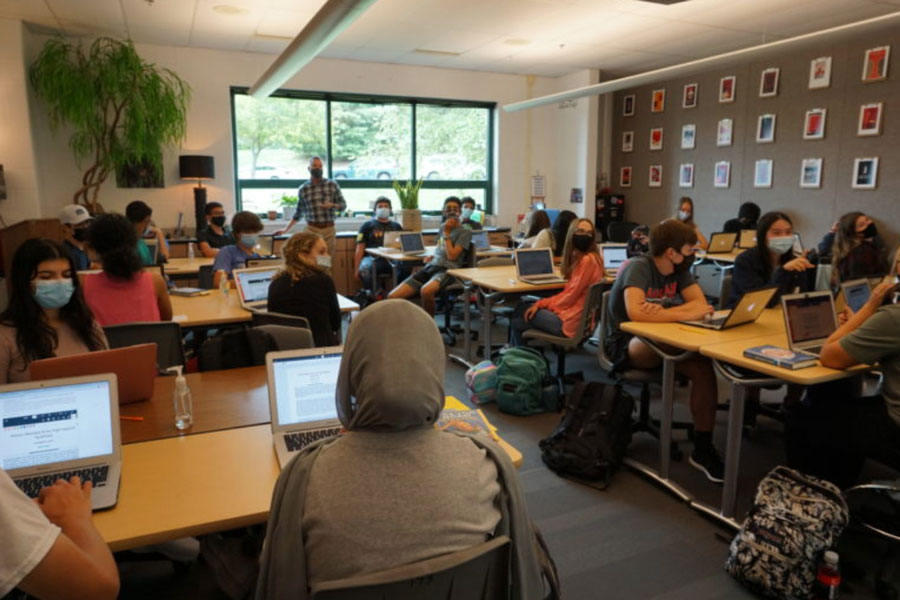 The superintendent of the Blue Valley School District, along with her counterpart in Olathe, have voiced their opposition to a bill being debated in the Kansas House that would allow students to transfer and attend any school in the state at any time during the school year, starting this fall. File photo.

Officials from the Blue Valley School District have testified against a proposed bill making its way through the Kansas Legislature that would allow for open enrollment starting next school year.

The measure was the subject of testimony this month in front of the House K-12 Education Committee.

If approved, House Bill 2553 would allow students to transfer and attend any school in the state at any time during the school year, beginning July 1.

It would also require districts to have a policy in place to determine how many out-of-district transfers they can accept at each grade level.

Additionally, each district would be required to submit the number of student transfers, both  approved and denied, and the reasons behind the decision to the stat department of education.

According to the National Center of Education Statistics, at least 23 states currently have laws on the books that require school districts to accept a certain number of students who live outside their district boundaries to enroll in their schools.

Kansas’ measure is being pushed by Republican lawmakers who cast it as a way to give families and students more power over their education.

Rep. Kristey Williams, a Republican from Augusta who chairs the K-12 Education Committee and is sponsoring the bill, said during a hearing earlier this month that it is “what is best for kids.”

“I don’t understand the push back on that,” she said. “I think that just because I can’t afford a home in a certain district, it doesn’t mean I shouldn’t have the advantages that that district provides their students and there are differences,” Williams said.

But some local districts, including Blue Valley, have opposed it.

“While we can certainly empathize with parents in lower-performing districts, both Blue Valley and Olathe are among the highest-performing districts in Kansas — indeed competing nationally — and, as such, would find our districts overwhelmed with requests from non-residents, ” they said in written testimony presented to the committee earlier this month. “Without intending to sound elitist, it is nonetheless true that housing costs in our districts often provide a check on resident student growth now,” the statement reads.

The statement goes on to list five specific points of concern these districts have with the bill, including:

Concerns by the school board

HB 2553 was brought to the attention of the Blue Valley Board of Education during the legislative update portion at its meeting Monday.

During the discussion, Merrigan gave the board a rundown as to why the district testified as an opponent to bill, saying the bill was “a logistical nightmare in a district the size of Blue Valley.”

After hearing her reasoning, the board seemed mostly in agreement, saying the bill could penalize local taxpayers and could lead to strained resources within parts of the district.

“We are supposed to be funded at 92% for special education, which means that we are supposed to recoup 92% of our costs, that is not happening,” Merrigan said at the meeting, referring to constitutionally mandated levels of funding the state is supposed to provide public schools.

Instead, she said, Blue Valley is compensated at 64%, leaving the rest be covered by the district’s general fund, meaning the introduction of additional students could lead to a further strain in the department.

Now that the bill has been introduced as of last week, the committee will be deciding within the next following weeks if the bill should move forward.