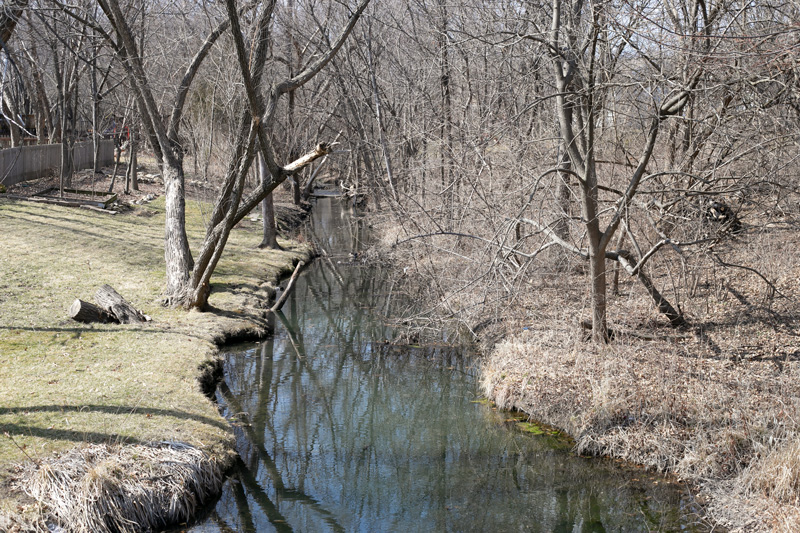 Last year, Johnson County asked residents to submit their ideas for potentially renaming Negro Creek, above, a waterway which runs for 6.5 miles through Leawood and Overland Park. Some new names suggested by residents included Freedom Creek and Hope Creek. Other respondents said changing the name would be bowing to "wokeness" and "cancel culture." File image.

It wasn’t long after an article on Negro Creek ran in Johnson County’s Best Times magazine that suggestions for alternative names began coming in.

That was last summer.

But as Black History Month this year draws to a close next week, the committee reviewing the naming of Negro Creek isn’t much closer to reaching a resolution than it was a year ago, when a University of Missouri-Kansas City history professor disclosed that the name’s most plausible origin stems from the suicide of a freedom-seeking Black man.

The COVID-19 pandemic, plus the prospect of changing federal rules, has been most responsible for the delays in the committee’s work, says county commissioner Becky Fast.

“The pandemic has just really slowed things down,” Fast said. “I think we’d be in a whole different spot if it hadn’t been for the pandemic.”

Specifically, the prevalence of COVID-19 has kept federal historical archives closed or limited for the continuing research the committee wants to do, she said.

Further research is necessary because committee members want to find out more about the story the UMKC researcher, Dr. Diane Mutti Burke, unearthed about a year ago.

An account from an 1879 newspaper in Spring Hill attempted to explain why the creek — which now runs for roughly 6.5 miles through Leawood and Overland Park — was commonly called by a racial slur.

It told of a man who was hunted down near the creek as he sought his freedom. Rather than submit, he slashed his throat, according to the newspaper retelling.

Burke found that story most plausible because of other records of slave holders in the area with the same name mentioned in the article. Other possible reasons for the name did not have as much supporting evidence, her report said.

The naming committee members want to look for more verification of that story, which was written years after the incident.

In particular, they would like to find the name of the man who died, as a possible replacement name for the creek. But although the same historian has been engaged through the county museum budget, the limited access to the archives has kept that research from happening.

She said renaming the creek after the man who died is a good possibility, if his name can be found. If not, members will go back to the question of whether to change the name at all.

The question of whether to change the creek’s name has drawn mixed responses from members of the public who responded to the county magazine story last year.

The written submissions were obtained by the Post through an open records request. Verification of submitters’ names was not always possible, so they are not being used in this story.

Most of the email writers to date want the name changed, with some adding that they had been unaware of the creek’s history.

“Why didn’t we do this decades ago? Why now?” one person wrote. “I’m ready to sign a petition.”

Another said, “There should be no second thought. This name has its origins in racism and allowing it to remain now that you are aware of it constitutes a continuation of that racism.”

One writer asked that it be renamed “Hope Creek.”

“Hope symbolizes the expectation or desire for something good to happen. In this situation and especially in a time of racial tension, in the US, there’s a need to have optimistic hope of positive outcomes and possibilities with respect to our community and world.

“I believe it would build confidence and goodwill among all residents of Johnson County,” said the writer, who identified themselves as Black.

Among the people who wanted the name change, alternatives varied widely.

Freedom Creek was mentioned most often. There was also a suggestion to call it Still Creek after Black abolitionist William Still, or Langston Hughes Creek, after the Harlem Renaissance poet.

Others suggested geographical names like Blue Valley Waterway, Stanley or Kenneth Creek. More than one respondent said the opinions of Black residents should weigh heavily in the name choice.

Among emailers who wanted to keep the Negro Creek name, the phrase “you can’t erase history” was seen more than once. So were the words “woke” and “cancel culture.”

“Waste of time and money just to satisfy some idiotic wokeness,” said one person. “Doesn’t the government have more important issues other than bowing to the whims of some leftist progressives? Get a backbone!”

Another said the creek was probably dark in color and got its name from the Spanish word for black, which is negro. Burke’s report listed this as an unlikely reason for the name.

“It’s appalling how upset some people have become over creek names, pancake syrups, boxed rice brands, Dr. Seuss books,” that person wrote. alluding to other recent culture war battles. “Everyone is offended by everything. I would not change it because chances are that whatever name you change it to will offend some other idiot out there.”

Another person wrote urging people not to be part of the “woke cancel culture.”

“But do post signs educating the public about what was thought to have happened in the 1850s so that future generations can learn from our nation’s history,” that writer said.

Whether the name changes or stays the same, historical signs telling the creek’s history are almost a foregone conclusion, Fast said.

Wandra Minor and others have also said that the most important thing is to make sure people don’t forget or gloss over history, even if remembering the blood shed over slavery is uncomfortable.

That is why continued research is an important next step, Fast said.

“That’s really our number one goal, to tell the history of this creek,” she said.

But given other changes at the federal level, it may be quicker to get the historical signs up than it would be to actually change the name.

Changing the name was always going to be a long slog because of the numerous requirements by the U.S. Geological Survey Board of Geographic Names.

Since creeks cross many jurisdictions and even state lines, their names fall under federal governance. Getting name changes in other parts of the country has taken months, if all the federal hoops are cleared.

That order is so new that regional officials are still working out the details of how it could interact with rules already in place. Fast said she is waiting to see whether Haaland’s task force will change the amount of local control over names.

All of that waiting has kept the committee from getting a lot done, she admits.

Fast is hopeful the historian will have additional information by late spring. With more definitive historical data, the county can at least begin to go forward with efforts to educate the public about the stream’s history, she said.

“This process is really benefitting the county as a whole. At the end, we’re going to be able to tell this story,” Fast said. “We’ve found out a lot already. Most people didn’t even know this creek existed.” 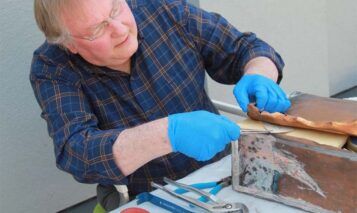 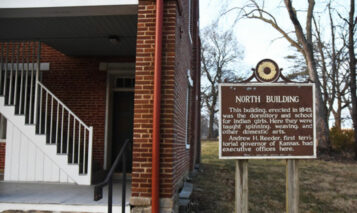