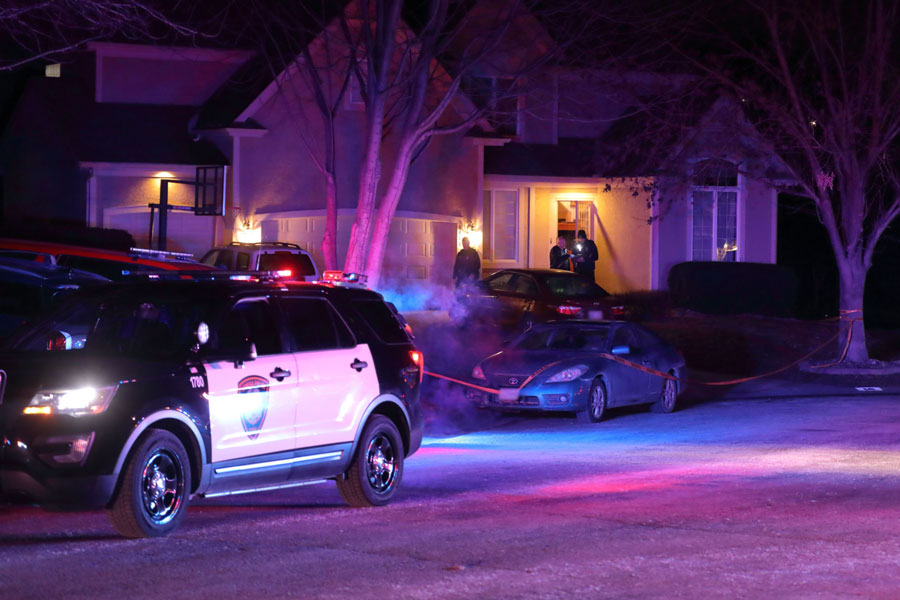 Lenexa Police are investigating a shooting early Sunday morning at a home near Shawnee Mission Park that left two people dead and a third critically injured. Above, investigators stand in front of the home with police tape cordoning off a vehicle parked on the curb in front. Photo credit Mike Frizzell.

• Police say the deceased were a man in his 30s and a man and woman, both in their 20s.

• These are the first homicides in Lenexa since 2014, with the exception of a 2021 incident in which a police officer killed a man during an 911 call at a hotel.

Three people have died following a shooting early Sunday at a home in Lenexa.

One person was pronounced dead at the scene. Two others were transported to an area trauma center in critical condition.

Lenexa Police confirmed early Sunday that one of the two people taken to the hospital later died. They announced Sunday shortly before noon that the second hospitalized person had died, as well.

Officers cordoned off the house and front yard along with a car parked on the street in front of the house.

A block further west on Penrose Lane, officers surrounded another parked car with police tape, and an officer kept watch over that vehicle.

The department’s mobile command vehicle was also brought into the cul-de-sac at that time.

As of this report, Lenexa Police have not released details surrounding the incident.

Check back with this report for updates as more information is released.