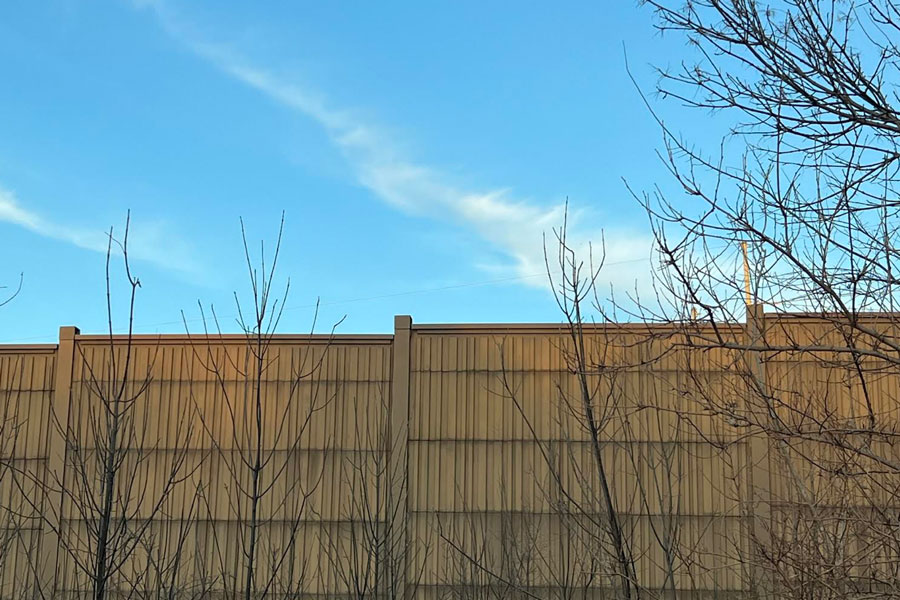 As part of the U.S. 69 expansion project, KDOT will go through with all 11 noise walls proposed earlier this year, like this one on 119th Street. Photo by Lucie Krisman

KDOT announced Monday that it will build 11 noise walls along a stretch of the highway from 119th Street to 151st Street.

The walls will be built in the following locations:

Here is map of the proposed barriers:

After a noise study in the fall of 2021 and several virtual public meetings in January, KDOT sought out input from residents and property owners in the corresponding areas, who were deemed “benefitted receptors” of this part of the project.

Those residents who would be closely impacted by these noise walls voted in February on whether each individual wall should be built. Each wall had to meet a threshold of 70% or more votes in favor in order to be built.

According to a release on Monday, votes for every wall exceeded that requirement.

“We are thankful for the Kansas Department of Transportation’s partnership and investment in U.S. 69, and we look forward to the successful completion of the project,” said Mayor Curt Skoog.

Project staff previously said the walls will likely be built after the rest of the highway expansion is finished.