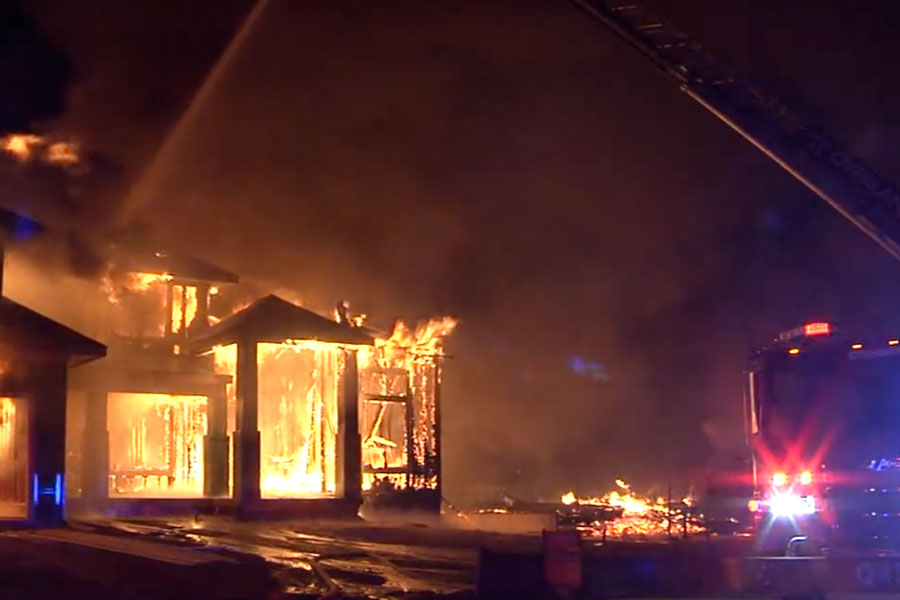 The Overland Park Fire Department is still investigating what may have started a fire early Monday morning that consumed three homes under construction.

Crews initially responded to reports of a fire at 4:20 a.m. Monday.

Units from Overland Park and Olathe arrived at 11100 West 172nd Terrace to three houses in flames but no residents inside.

Jason Rhodes, media spokesperson for the Overland Park Fire Department, said investigations are currently underway but will likely take a while.

“(Investigators) are tracking down contractors and subcontractors and home purchasers and things like that, doing interviews and trying to piece together what happened exactly,” he said. “It’s probably going to be a fairly lengthy process just because of all the people involved that they need to try and connect with.”

The three single-family homes were under construction, so no residents lived there yet.

He was unsure if the development would be fully rebuilt, but said it was likely.

Ultimately, Rhodes said while it’s tough to lose three properties, the fact that the fire resulted in no injuries or death and that a nearby occupied home was protected is a relief.

“We consider that a win out of this whole thing,” he said. “Despite all of the embers and the debris raining down on that occupied home, we were able to keep water flowing on it and keep that home from catching fire.”

Dalie Hand of Rodrock Homes said determining the cause of the fire will help determine what happens next to the development.

“As we learn more regarding the cause of the fire, we will have a better understanding of next steps and how to proceed with the homeowners,” Hand said. “We have been in communication with the homeowners and will keep them informed.”