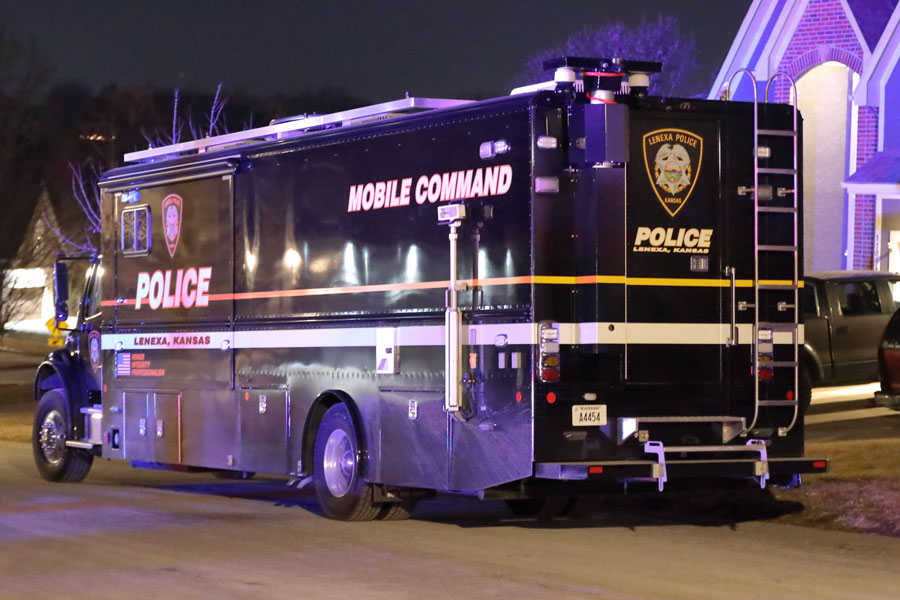 A Lenexa Mobile Command vehicle on the scene Sunday morning of a triple shooting at home on Laurelwood Street. Investigators now say they believe the shooting was a double-murder suicide. They have identified the shooter as a 37-year-old man from Belton, Missouri. File image.

Lenexa Police now say they are investigating Sunday morning’s fatal triple shooting at a Lenexa home as a double-murder and suicide.

Williamson was from Lenexa. Both Beck and Johnson were from Belton, Missouri.

Chavez said Lenexa detectives were assisted by the Kansas City, Missouri Police Department Bomb and Arson Squad after receiving information that there may be materials used to make explosives inside the residence.

After the Bomb and Arson Squad determined it was safe for detectives, the search warrant was carried out.

Wednesday morning, Chavez confirmed that detectives had identified Johnson as the shooter. Investigators say Johnson went to the Lenexa home on Laurelwood Street early Sunday morning armed with three firearms, including two handguns and one rifle.

“Suspected tracking devices were located on one of the vehicles we towed from the scene; however, more investigation is needed to determine if/how they were in use,” Chavez said in an emailed response to questions. “This includes analysis of cellphones collected as part of the investigation.”

Chavez says Beck and Johnson had previously been in a relationship, and Beck had recently started seeing Williamson.