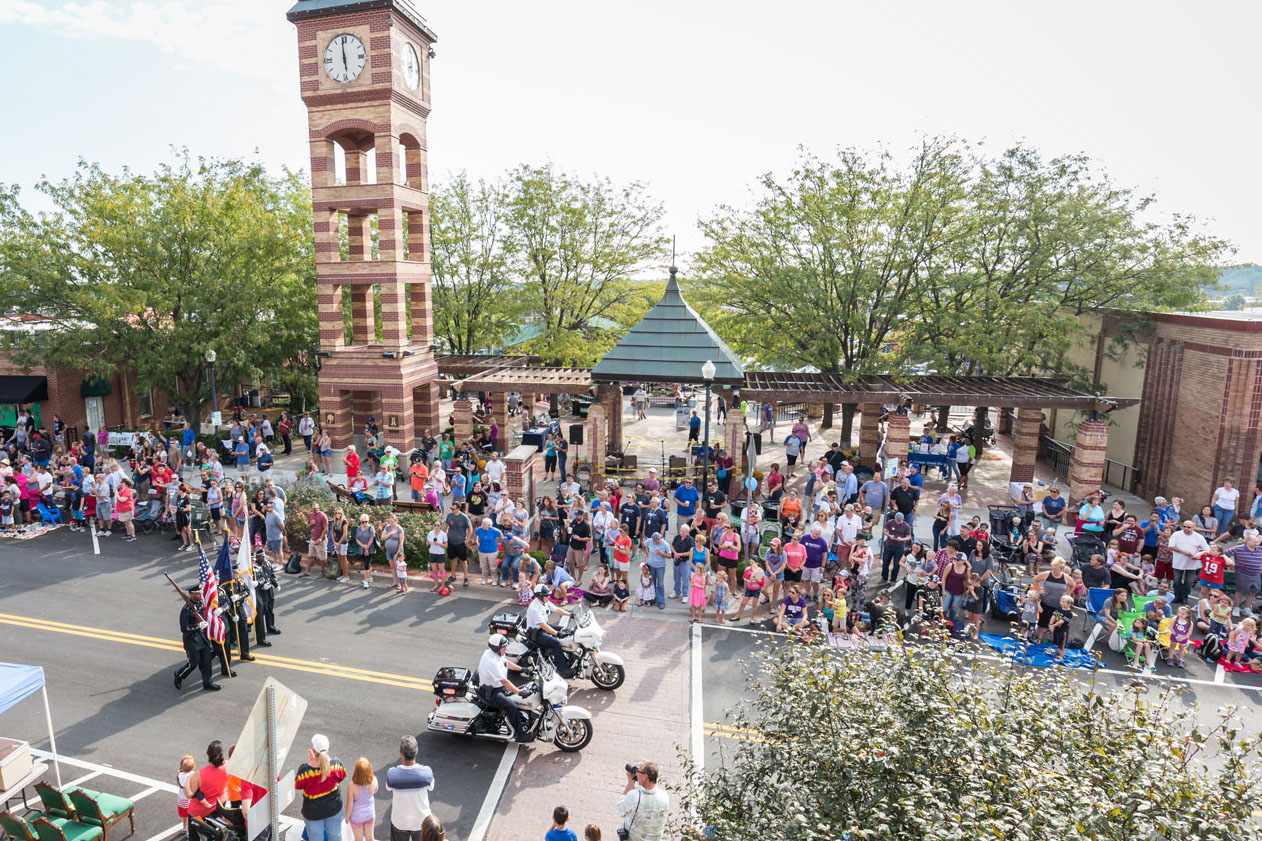 The Downtown Overland Park Partnership is planning a St. Patrick's Day parade this year instead of the parade at the annual Fall Festival, an event that has been around in some form for decades. Some residents have expressed concern that a mid-March event won't be as well-attended as one in the fall. Above, a scene from a previous Fall Festival parade going through downtown. Image via Overland Park city website.

The St. Patrick’s parade scheduled for Saturday, March 12, will be a first for downtown Overland Park, an addition the city’s liaison to businesses hopes will brighten up a season that has relatively few events.

But some residents say they have been disappointed to learn the new parade will replace the Fall Festival parade that has been held for decades in late September.

• Some residents have questioned why the new St. Pat’s event is replacing the annual Fall Festival, instead of having both.

• The Downtown Overland Park Partnership, a nonprofit that works with the city, said it is contracted to do one parade per year and chose a St. Pat’s parade because of a lack of other events around this time of year.

A group of downtown residents lit up the Concerned Citizens of Downtown Overland Park Facebook page this week after finding out the St. Patrick’s parade is not an addition, but a replacement, for the popular Fall Festival.

That, plus the recent news that The Snack Shack on Santa Fe is moving to Mission fueled some residents’ worries about the direction of the city’s historic downtown.

One commenter, Kelly Morrow, said the Fall Festival parade has been a staple of Overland Park community since the 1960s. The early fall dates coincide with the school calendar and back-to-school shopping.

“It’s been a great thing around for decades,” Morrow said after a council Community Development meeting Wednesday night. “It’s just one more thing getting chased out of downtown Overland Park because they want to try something different.”

Morrow said the city will feel the loss of the Fall Festival parade and the marching bands that usually entertained.

He and other commenters also pointed out that a mid-March date for a St. Pat’s parade probably will not be convenient for high school bands, since marching season is in the fall and the parade date is close to schools’ spring break.

The Fall Festival parade has been a big draw, and “now they’re taking it away to start something that might or might not work,” he said. “Why can’t we have two parades?”

The Downtown Overland Park Partnership, a group the city contracts with to market the area and serve as a liaison to downtown merchants, plays a supporting role in city events like Fall Festival.

It has been making some changes to the event schedule and the activities offered, Executive Director Angie Mutti said.

Mutti said in an email that the Fall Festival was “reimagined” last year with additional street closures and vendors lined up along Santa Fe Drive, Overland Park Drive and 80th Street.

The festival also had a designated common consumption area for alcohol. Those changes were well received by attendees and by merchants, who reported some of their strongest sales ever, she told the committee Wednesday.

The partnership is under contract to host one parade annually and chose to make it a St. Patrick’s parade because of a lack of other events at this time of year, she said.

The change in date was approved by the City Manager’s office.

Mutti said the partnership officials reached out to high schools but did not hear back from any for marching bands. However, the Teen Council with the city of Overland Park will participate, she said.

“Based on the excitement we have heard, we also anticipate this event will continue to grow,” she said.

The council committee heard Mutti’s report but there was no action required and no discussion of the parade.