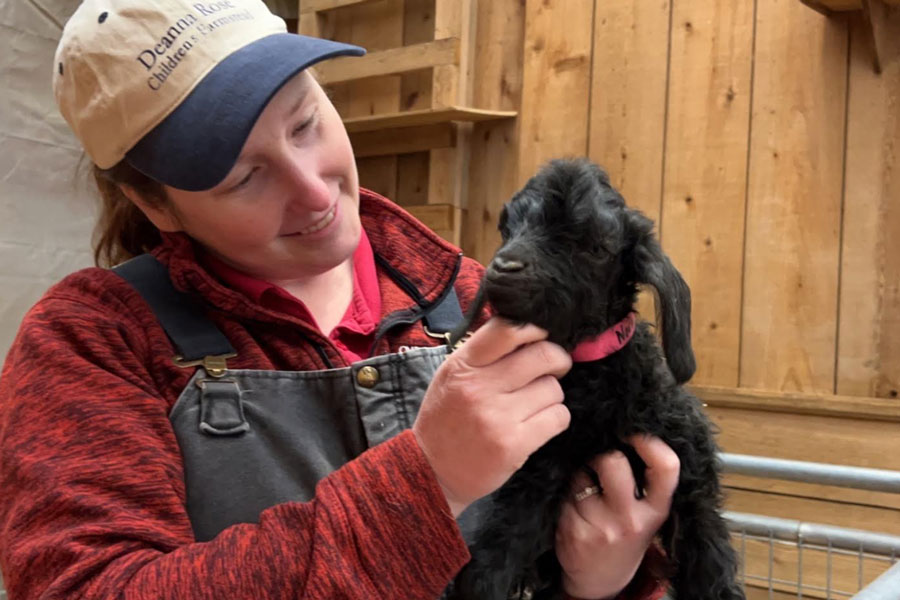 The season's first baby goats have started to arrive at the Deanna Rose Children's Farmstead. Photo by Lucie Krisman.

Spring has almost sprung at the Deanna Rose Children’s Farmstead.

The upcoming season’s first baby goats have started arriving at the farmstead. Two twins arrived early this week, and several more are on the way.

Supervisor Sarah Higgerson said approximately 60 new baby goats are expected from a total of 34 moms for this season, each baby likely weighing one to four pounds.

Higgerson called the time of year where baby goats are born a time of “adorable chaos”. It usually comes in two waves, she said, with a couple of weeks in between.

Once the first babies are born, they start to undergo socialization from volunteers to get them ready for the upcoming petting zoo season.

“Basically, they come in and their job is to pick up the baby goats and hold them and have them get used to people,” Higgerson said. “They’ll also start offering them the bottles that we’ll be giving them, just to kind of get them used to seeing them and tasting the formula and stuff that they’ll be on. It all helps for that transition.”

Aside from goats, Higgerson said the farmstead is expecting other new animals too. Baby pigs and chicks are due in May, and one of the farmstead’s cows may have babies in March or April.

On top of taking care of new baby animals, Higgerson said the next few weeks before the farmstead’s season opening will include tasks like looking to fill staff positions and doing site inspections.

“We’ve been doing a lot between trying to hire and prepping the farmstead,” she said. “There’s always something that needs to be done.”

The Deanna Rose Children’s Farmstead opens for the season on April 1.