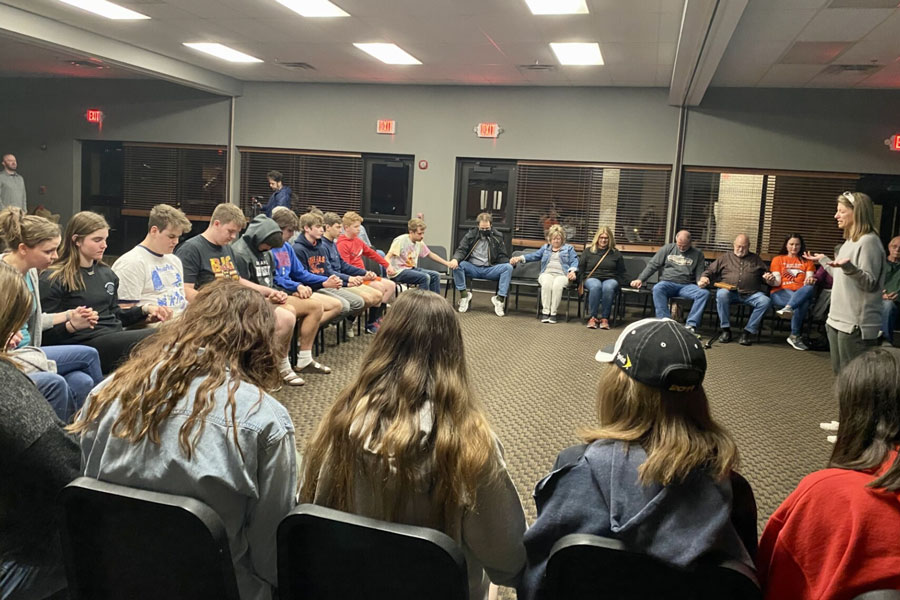 Students at Olathe East High School are trying to come to terms with an exchange of gunfire that injured three people Friday morning.

Junior Allison Schmideskamp recalled the moment when she found out her school was in lockdown. Schmideskamp said an announcement came over the school intercom telling teachers to check their emails.

The email told teachers to lock classroom doors, and Schmideskamp said at first, no one in her classroom knew what was happening.

Tyeson E. is a senior. His parents requested that KCUR not publish his last name. Tyeson was near the office where the shooting happened when he heard what he thought were gunshots.

“I could barely hear it because I had my earbuds in walking to class, but I thought I heard something,” he said. “Then when I turned around, teachers were yelling, ‘Not a drill, get back to class.’”

Tyeson said the sound of gunshots put him in “survival mode” but when he got to class he tried to calm himself down. He said he never would have imagined something like this to happen at his school.

Other students were in disbelief.

Olathe East juniors Jack and Mike Robertson, who are twins, were in the hallway on another floor when other students ran by saying there was a police officer with an assault rifle. They returned to their classrooms not sure what to think.

“I think at first I was just in denial, I couldn’t believe it was really happening,” said Mike Robertson. “As time progressed, everyone’s anxiety kind of built up and it became a lot more real.”

Now that they know more details, the Robertson brothers are struggling to make sense of the shooting.

“It still really hasn’t hit me. It will take some time I’m sure,” said Jack Robertson.

On Saturday, the Olathe School District said in a statement that they were ready to welcome students back to school Monday. The district said counseling services would be available to students and staff.

Students have mixed feelings about going back. Schmideskamp said it may take her a few days to get back in the swing of going to class.

“I’ll probably just take it one day at a time and try not to think about it too much,” she said. “I am sure I’ll go back, it will just be a little nerve wracking.”

Junior Lucas Rauscher, on the other hand, said he thinks going back and being with friends will be good for everyone.

“There’s not really a nervous feeling, like we’re all a community,” he said. “We just need to be there. We just need to look out, love, care and just help each other. That’s really all it is.”

Freshman Madeline Dorau said she feels safe and ready to go back to school, but she hopes the district takes more safety precautions, such as installing metal detectors.

“There hasn’t been, like, threats directly to our school, but there have been threats going around and people get nervous,” said Dorau. “And so I think having, like, metal detectors or that stuff would definitely help.”

Mike Robertson said he wants the incident to spark conversations around school shootings and gun control.

“I’m just really hoping it’s not ignored because it’s something that, like, can’t be ignored and attention needs to be brought to it,” he said. “That’s all I’m really hoping school looks like.” 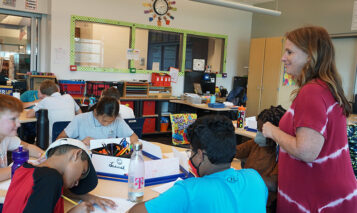 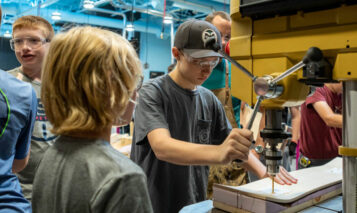 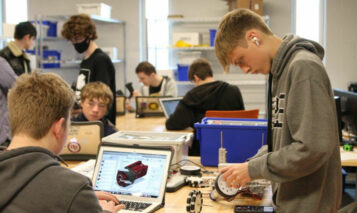 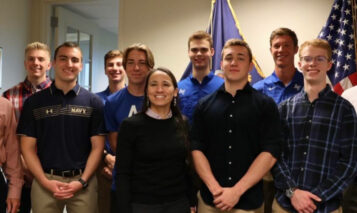 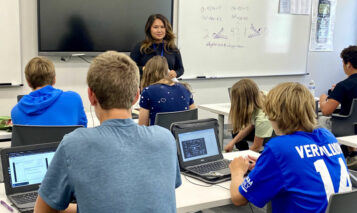