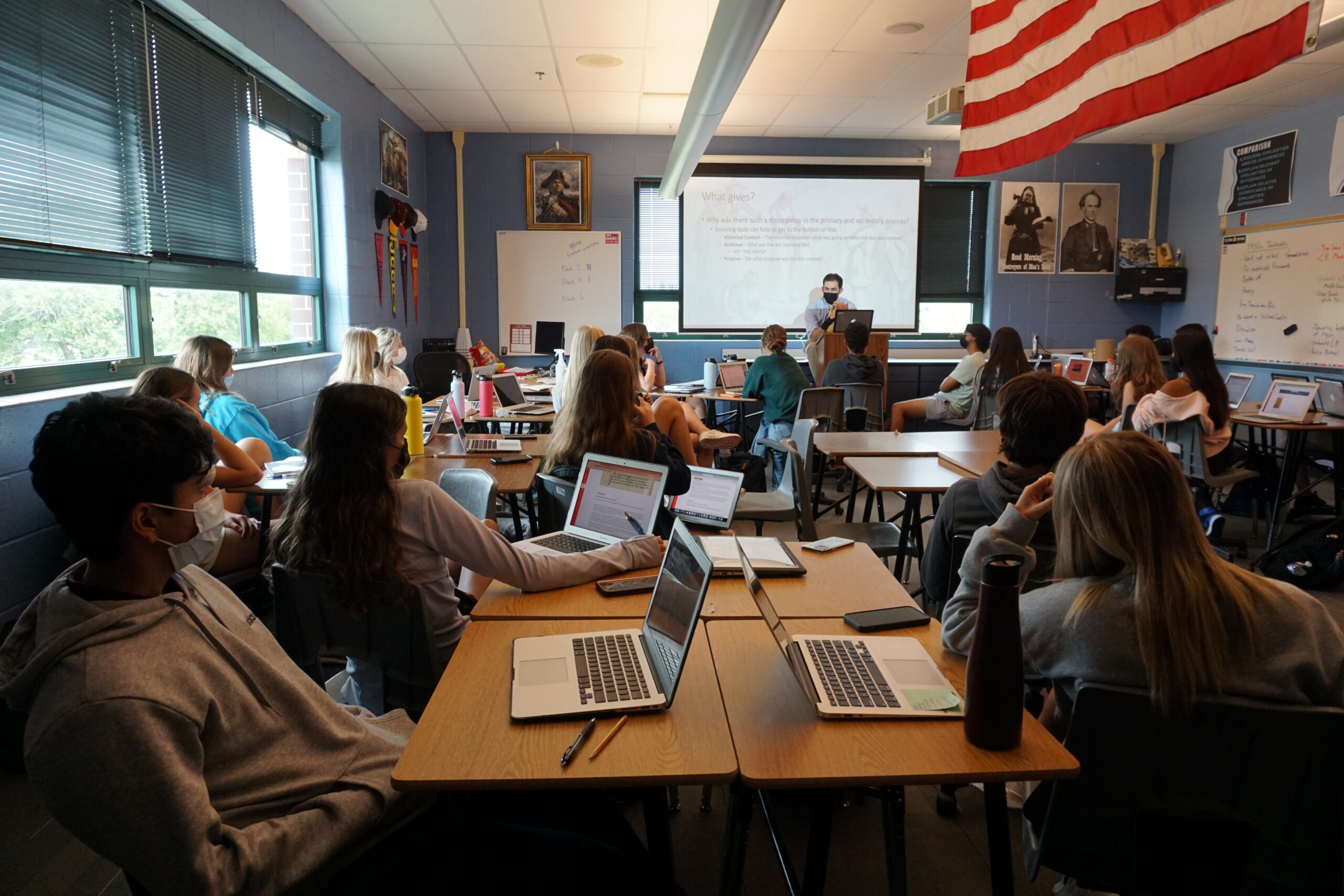 During the district's Monday night board of education meeting, Blue Valley director of safety and security, Dan Carney, gave an overview of plans the district has in place to keep children safe in any type of crises situation. Among the district's measures in place are having detailed actions plans for each school building on where to go in a an emergency situation, while also incorporating preventative measures in everyday life. File photo.

As the effects from Friday’s shooting at Olathe East High School continue to be felt around Johnson County, the Blue Valley School District is assuring parents and families that the district’s safety protocols will keep children safe at school.

During the district’s Monday night school board meeting, Blue Valley director of safety and security Dan Carney gave an overview of plans the district has in place to keep children safe in crisis situations.

Among these measures are detailed action plans for each school building on where to go in an emergency situation, while also incorporating preventative measures in everyday school life.

Safety plans are in place, along with other security measures

While Carney said specific details could not be divulged, he said that Blue Valley has a “robust emergency and safety management plan” in place that addresses a variety of crises, including active shooter scenarios.

He said part of the district’s current plan for an active shooter came from his predecessor, Dennis McCarthy, who worked on the Secret Service Safe School Initiative.

That program started after the Columbine High School shooting in Littleton, Colorado, in 1999. A joint effort with the U.S. Department of Education and the Secret Service, it was focused on helping schools identify students potentially headed towards violence.

“He worked on that project himself, and he brought to Blue Valley a strategy that came right out of the Secret Service’s playbook,” Carney said. “And I like to mention that because [the plan] is not just something that was dreamt up by people that sat around a table.”

In addition to having an overall action plan for the district, each school also has an emergency plan specific to its building.

“People don’t typically look at the plan when in an emergency, but if they read it, they have a pretty good idea on where to go when there’s an emergency in one of our buildings,” Carney said.

Besides having action plans in place, the district says they are also prepared by having at total of 10 school resource officers, which have a combined experience of over 150 years, among the different schools in the district.

“They have substantial training that is really meaningful… like they must have been through a police academy and have mental health training,” Carney said.

Preventative measures are also a factor

As part of the effort to make sure a shooting never occurs in the district, Carney said he and other Blue Valley staff are also working to incorporate as many preventative measures as possible.

“The study the Secret Service did showed that almost always in a school shooting situation there’s information ahead of time that’s been shared with somebody,” he said. “The problem was if you go back in time 20 years, that information was not shared with adults.”

To counteract this issue, Carney said the district is working to emphasize creating strong relationships among students and faculty, so the students feel comfortable going to them with any information they may know.

“We can talk about physical security because I know after an event like [what happened at Olathe East], often times people are looking for something they can put their hands on and look at to say this will stop the problem,” Carney said. “But that’s all secondary to me to people and the relationships they build with these kids.”