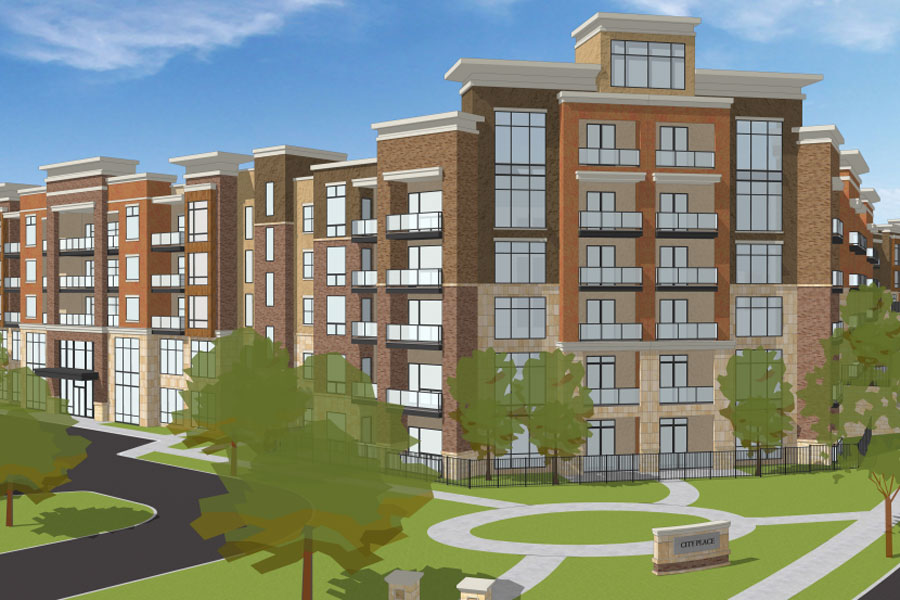 The Overland Park City Council on Monday approved a $25 million agreement that would cover the sales tax cost of the new Majestic apartment complex at CityPlace. Above, a rendering of The Majestic at CityPlace, looking southwest. Image courtesy of CityPlace website

More apartments are coming to Overland Park’s CityPlace development with the help of some city funds.

At its Monday meeting, the Overland Park City Council approved $25 million in funding for construction and development of a multi-family residential building called the Majestic at CityPlace.

The development will be built at the southeast corner of 113th Street and Nieman Road, on the western side of the 90-acre CityPlace project that already includes several office buildings, two high-end apartment complexes, an outdoor retail area and a senior residential living facility.

Under the approved agreement, that $25 million will cover the sales tax of the construction materials for the building through an economic development bond.

It also includes 512 parking spaces and amenities such as a swimming pool, a pickleball court and a dog park.

Some councilmembers supported the agreement, while others deemed it unnecessary.

Council president Paul Lyons said the development, once it is built, would bring back more than enough revenue to offset the costs of its construction.

But Councilmember Faris Farassati said this type of agreement would deplete the city of necessary operational funding for a project that would succeed without it anyway.

“All of these projects could be successful in the future, but writing off sales tax is not the right way for it,” he said.

The council approved the measure on a 9-2 vote, with councilmembers Faris Farassati and Scott Hamblin voting against it.