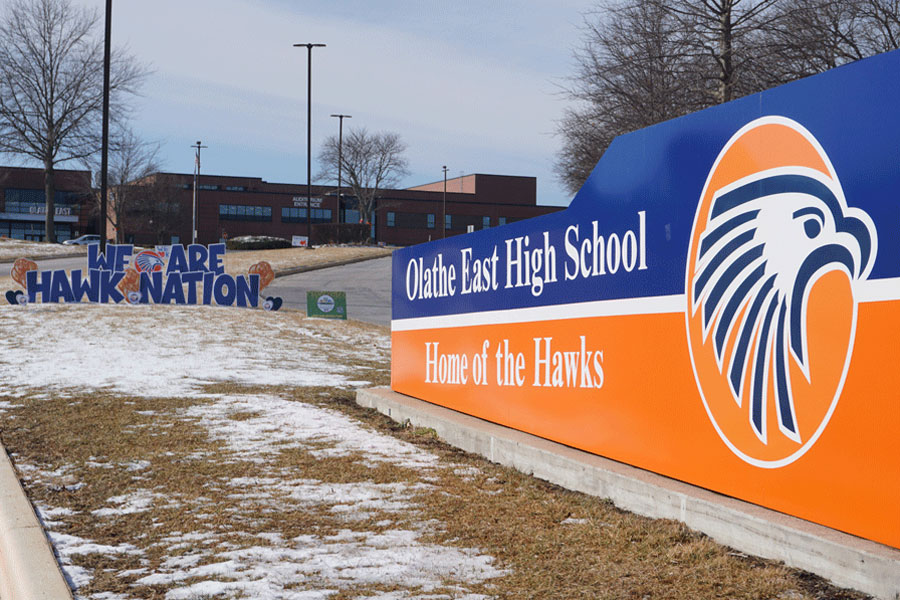 Investigators say a "very frightened" student warned Olathe East administrators on the morning of Friday, March 4, that they had heard other students talking about a gun that had been brought to school. That prompted a search that ultimately led two assistant principals to call an 18-year-old senior to the main office. That senior, Jaylon Elmore, then allegedly pulled a gun from his backpack and began firing. File image.

Friday, March 4, at Olathe East High School began with a rumor overheard on a bus bringing students to school, according to police investigators.

The morning ended with three people shot and a text message pinging the cell phone of the alleged shooter: “I told you not to even have that gun on you.”

A charging document released by the Johnson County District Court Wednesday outlined in more detail the series of events that the led to the shooting. Some information on the affidavit had been redacted.

The investigation is being conducted by the Johnson County Officer Involved Shooting Investigation Team. That unit is involved because Clark fired his weapon.

The charging document, or affidavit, describes a day that began with a “very frightened” student’s report to school counselor Ann Book.

Investigators say the student told of hearing two boys on the school bus talking about another student who they said brought a gun to school regularly.

The boys said they’d seen the gun because the student had pulled it out at school in the past, the informing student said.

That student was too afraid to name the boys whose conversation was overheard. After that information was passed along to the principal’s office, administrators began the process of tracking down who may have brought the gun to school.

According to the affidavit, Stoppel and another assistant principal, Leslie Simons, first brought another student in who they believed fit the description of the student with the gun, but a search found no weapon.

After further inquiries, their focus turned to Elmore, who was in shop class at the time.

Stoppel and Simons went to the class and walked Elmore back to the main office area.

When they began asking if Elmore had a weapon, the affidavit says, Elmore stopped cooperating and told them they could not search the string backpack he was carrying.

At that point, they texted resource officer Clark, who arrived at the office shortly after.

The affidavit says Elmore moved the bag in front of himself, reached into it and pulled out a green camo-patterned handgun that was later identified as a “ghost gun” containing thirteen 9-millimeter rounds, with a spent round blocking the slide from closing.

Ghost guns are firearms that can be sold as a kit and assembled at home. Often ghost guns do not have serial numbers or meet other requirements of gun manufacturers.

Investigators say Elmore began firing, getting off about five rounds toward Clark. The officer returned fire.

All three were hit in the volley and transported to hospitals by ambulance.

Principal Kerry Lane, aware of the efforts to locate the gun, heard gunshots and smelled smoke, the report said.

As she came upon the scene in the office, Clark was radioing, “I’ve been shot.”

He had secured the gun by that point, the report said. The school then went under lockdown.

As a final note, investigators said they recovered Elmore’s cell phone during a search of the office.

At about 12:54 p.m. that Friday, a message appeared on the locked screen, from a name and number investigators redacted.

“I told you not to even have that gun on you,” the message said.

Attorney Paul Morrison, who will represent Elmore, did not comment on the affidavit today.

According to online court docket, Elmore is scheduled to make an appearance in court Thursday. He was not able to attend his initial court appearance last week because he was still hospitalized following the shooting.