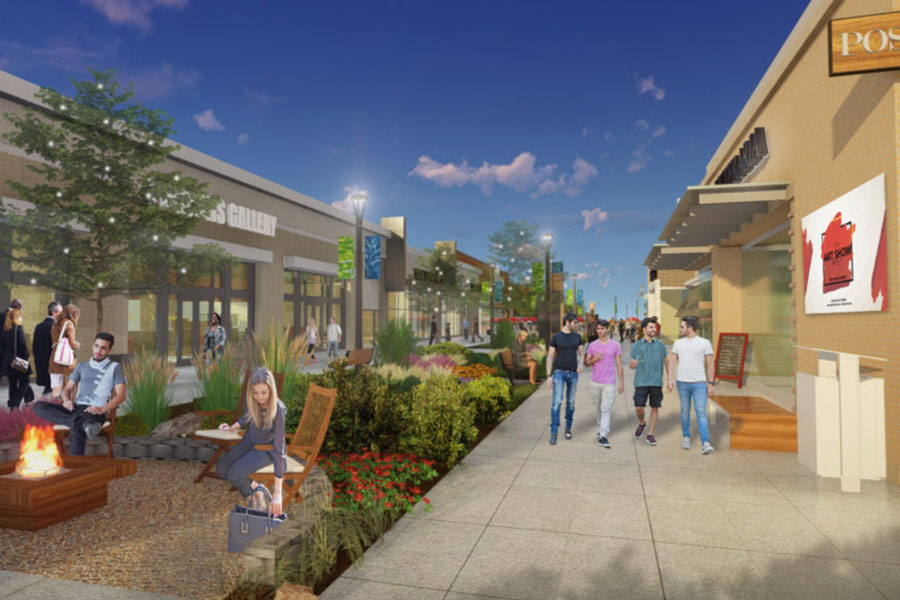 Developer Price Brothers has announced eight new food and retail tenants for the Bluhawk commercial development near 159th and U.S. 69 Highway. The company says the tenants, which include Whataburger, JINYA Ramen Bar and Five Guys, are all expected to open by this fall. Rendering from Bluhawk website

Eight new tenants will open their doors by this fall, according to developer Price Brothers.

This comes as Price Brothers and the city continue to work out funding for the next phase of of construction on the sprawling mixed-use development, the centerpiece of which is a youth sports complex near 159th Street and U.S. 69 Highway.

Here are the businesses set to come to Bluhawk later this year.

Since its announcement last fall, plans for a new Whataburger location at Bluhawk have been underway.

The Texas-based chain reportedly plans to add 30 new locations in Kansas and Missouri over the next few years, including five Johnson County franchises.

This comes as the Missouri-based company continues its expansion into Johnson County.

Andy’s Frozen Custard has plans for another new location at 112th Street and Nall Avenue. Last fall, the company opened a new franchise at Overland Park’s Prairiefire development too.

This will mean Overland Park has four Andy’s Frozen Custard locations, with 12 across the Kansas City metro area.

This Kansas City-based orthodontics company specializes in braces and Invisalign treatments for children, teenagers and adults.

Fry Orthodontics Specialists has offices across the Kansas City metro area, including two in Overland Park at 11940 Quivira Road and 8764 West 151st Street.

Other Johnson County locations include Olathe, Shawnee and Prairie Village.

European Wax Center offers waxing services and skincare and cosmetic products in salons across the country.

The wax center already operates four locations across the Kansas City metro area, but this will be Overland Park’s first.

Other nearby locations include Leawood, Olathe and Prairie Village. The center has two more openings on the way in Lee’s Summit and Liberty.

JINYA is known for its ramen, but offers other items like poke tacos, rice bowls and salads.

The restaurant first opened in Tokyo in 2000, but the first location in the United States was in California.

This will be the first one in Kansas.

JINYA has several other locations across the country, including in North Carolina, Louisiana and Texas.

The juice bar has more than 170 locations already in operation and another 150 in development across 19 states.

This includes one at Overland Park’s Hawthorne Plaza. Other nearby locations include Prairie Village’s Corinth Quarter and Kansas City’s South Plaza.

The company already has 16 studios across Kansas, Missouri, Nebraska and Texas.

Several openings are planned for new studios, including one in Shawnee.

Five Guys is known for its burgers, but its restaurants also offer other fast-food items like hot dogs, sandwiches and milk shakes.

The Virginia-based restaurant company has locations in nearly every state, with 12 in Kansas.

This includes one in Overland Park already, at 12025 Metcalf Avenue.