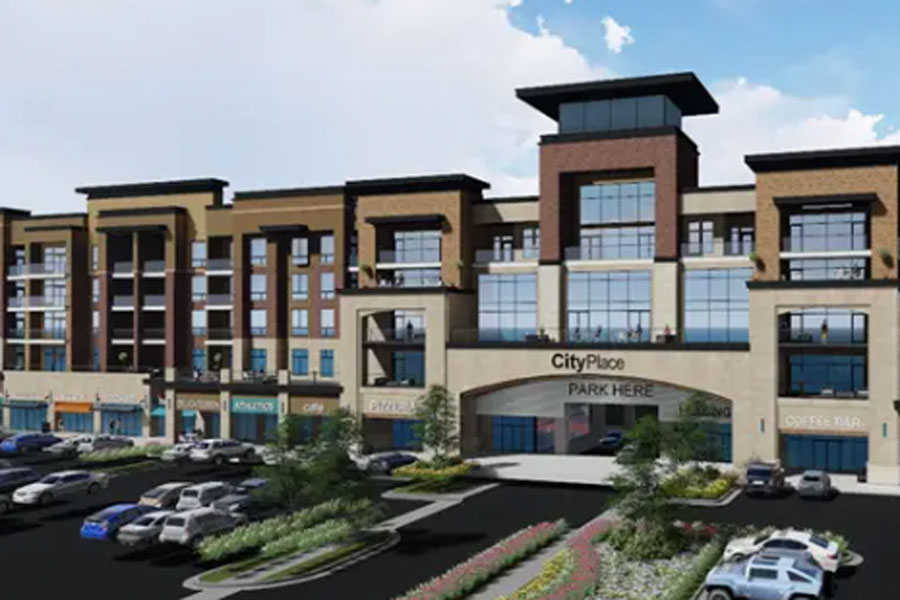 The Overland Park City Council on Monday approved developers' request to refinance loans for the mixed-use CityPlace project, as the site is poised to start the next phase of construction, which includes new luxury apartments and another office builidng. Rendering from CityPlace website

At its meeting Monday, the Overland Park City Council approved developers’ request to refinance the development in connection to the tax-exempt economic development revenue bonds issued for the project.

Through the agreement, developer Block Real Estate will be able to change lenders.

The company previously pledged bonds to Overland Park-based Stifel Bank & Trust as collateral for a mortgage, but developers now say they would like to pursue a loan from Life Insurance Company of the Southwest, a division of National Life Group.

The full council’s approval follows that of the city’s Finance, Administration and Economic Development Committee.

The committee also recently approved tax abatement agreements for CityPlace’s next phase of development, which entails more luxury residential developments and a the expansion of office space at the complex for health tech company Wellsky.

At the time of discussions over both those pending projects, some committee members argued that the types of tax abatement agreements are not necessary for projects of CityPlace’s nature.

Councilmember Faris Farassati, a frequent critic of public tax incentives approved by the city, said at Monday’s meeting that while he did not oppose the changing of lenders for CityPlace’s developers, he still could not get behind an agreement that included economic development revenue bonds.

“I don’t think I can support this at this point either,” he said. “I have nothing against changing the lender, but the package includes elements of ERDB that I am against because these projects don’t deserve it.”

The council passed the measure passed on a 10-1 vote, with Farassati the lone vote in dissent.