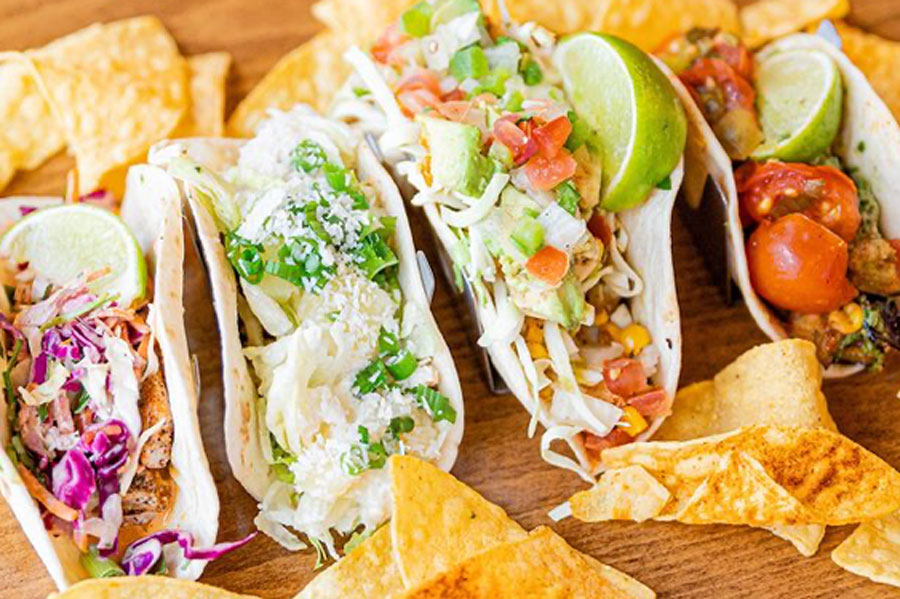 Tacos 4 Life, an Arkansas-based chain serving “craft tacos for a cause”, is set to open its first Kansas franchise in Overland Park.

It will move into a remodeled space at 12180 Blue Valley Parkway, near Costco and Target. The space was previously occupied by Kneaders Bakery and Cafe.

The restaurant’s menu offers a range of taco flavors, from classic beef and carnitas to Korean BBQ steak and chicken bacon ranch.

What the restaurant calls “Not tacos” items include salads, quesadillas and nachos.

Franchise owner Drew Vaden said development plans for the restaurant are currently in the permitting phase.

Developers hope to get approval from the Overland Park Planning Commission in May. If that happens, remodeling should soon follow.

“We are hoping to get started as quickly as we can get permitting,” he said. “So probably in the next month or so, I would hope, and then shooting to be open by early fall.”

Vaden said Tacos 4 Life has been in the process of expanding with franchises for the last year.

Another Tacos 4 Life opened in St. Louis a few months ago, and another is on the way to Columbia, Missouri.

Another Kansas City-area location is currently in the works in Blue Springs.

“The franchising is just starting to expand, so that’s why you’ll start seeing more and more of them around the country,” he said.

As for the “tacos for a cause” tag line: 24 cents from every meal purchase is donated to Feed My Starving Children, a religious-based organization that packages and distributes meals to people in more than 70 countries.

According to the Tacos 4 Life’s website, the proceeds have paid for 23 million meals to be shipped to countries overseas.

That was the mission of Tacos 4 Life’s founders Austin and Ashton Samuelson when they opened the first one, Vaden said.

“It’s a mission-oriented restaurant,” Vaden said. “(The founders) started their restaurant with a goal to end world hunger.”