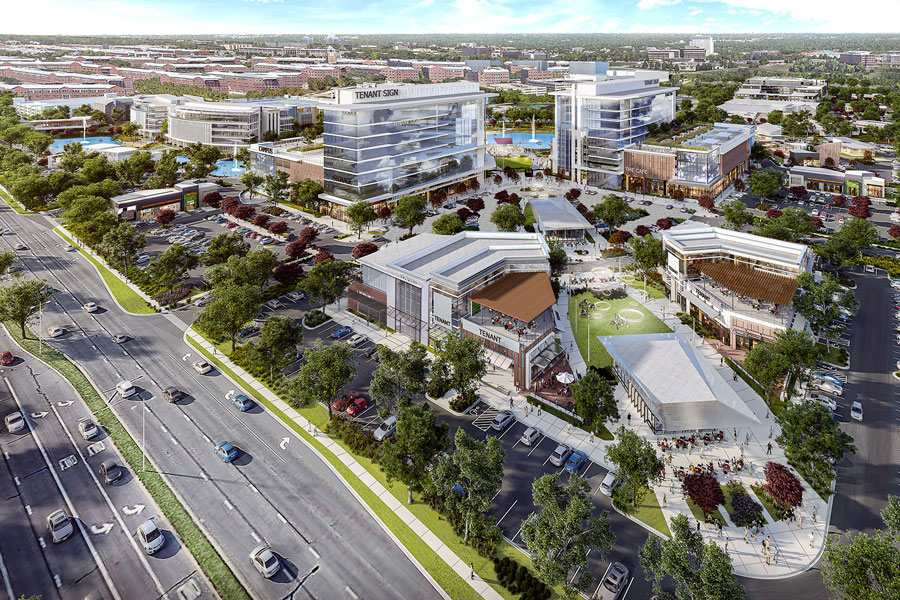 Customer service outsourcing company TTEC Holdings Inc. is the newest company to finalize a lease at Aspiria, the former Sprint headquarters that is undergoing a large-scale remodel.

Where exactly: According to Aspiria’s developer, Wichita-based Occidental Management, TTEC will take up roughly 20,000 square feet within one of Aspiria’s existing buildings located on the 207-acre property at the northwest corner of 119th Street and Nall Avenue.

What’s there now: TTEC moving to the campus is just one several changes the Aspiria site has undergone within the last year.

Since purchasing the development, Occidental has been working to transform the former Sprint campus into a vast $750 million mixed-use space.

Construction on Aspiria began in early summer of last year as part of the first phase for new development on the campus.

Since then, Occidental says they have signed around 30 tenants to its existing 17 office buildings, including international legal and technology solutions company UnitedLex.

TreviPay, an Overland Park-based multi service technology solutions company, also moved to the campus in October after signing a lease for a 73,000 square feet of space in order to relocate its corporate headquarters to Aspiria.

Plans to construct new buildings on the campus are also underway after the Overland Park Planning Commission unanimously approved a 181-unit senior living building to be incorporated into the development in January.

What’s next: Aspiria still has a ways to go.

Occidental officials estimate the project in its entirety will take seven to 10 years to fully build out. Occidental plans to develop an additional 60 acres surrounding the Aspiria campus beyond main campus, according to the developer.

The plan calls for an additional one million square feet of class A office space, 380,000 square feet of mixed-use retail and restaurant space, a 120-room hotel and 600 multifamily units.

According to the Occidental’s website, 12 of the campuses existing office buildings still have space for news tenants, which adds up to several thousand square feet worth of open office space.