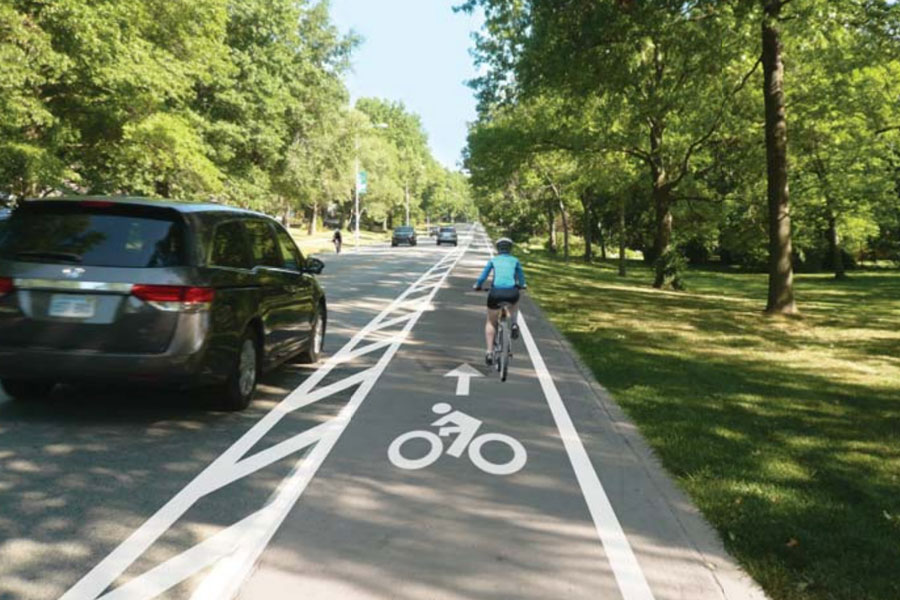 The Leawood Planning Commission met for a special work session to discuss this year's updates to "Self-Propelled Leawood," the city's pedestrian and bicycle master plan. Highlights include finishing bike lanes along Lee Boulevard. Above, a rendering of proposed bike lanes along Lee. Image via Leawood city documents.

On Tuesday, the Leawood Planning Commission met for a special work session to discuss this year’s updates to the city’s ‘Self-Propelled Leawood,’ a pedestrian and bicycle master plan.

Details: First published in 2014, the nearly 200-page plan aims to set out specific ways Leawood can encourage residents to use more healthy, low-impact forms of transportation.

Portions of the master plan include:

Below is a look into three projects from that pedestrian and bicycle master plan that are set to be completed before the end of this year.

Anticipated to be finished later this fall, this new trail will run behind City Hall from Roe Avenue to Tomahawk Creek Parkway along 117th Street.

Once completed, the trail will be a side path on the north side, with a junction to City Hall Park Trail. It will also have a crossing at Tomahawk Creek Parkway and use an existing drive for access to Tomahawk Creek Trail.

Leawood Parks superintendent Brian Anderson said there were delays in this project caused by a rise in expenses.

However, he said, the city was able to apply to a state program that provided them with a grant that covered 75% of the construction cost.

“This was one of the important bike connections that the master plan had because of its connectivity with the shopping centers, City Hall and the library,” Anderson said.

The third phase to add bike lanes along Lee Boulevard from Somerset Drive to 83rd Street is underway and projected to be completed by October.

In the first phase, bike lanes were built on Lee from 95th to 103rd streets. In a second phase, lanes were added from 83rd to 95th.

Once the third phase is completed, Lee Boulevard will have bike lanes that lead all the way to Leawood City Park.

Being built just west of the Aquatic Center in Leawood City Park, this bike hub will be a starting point for where the city’s north and south bike loops begin.

According to Anderson, it will serve as the trailhead for both the Indian Creek and Tomahawk Creek trails.

The hub will also have a shelter with benches, picnic tables, a bike fix-it station, a water mister, bike racks, a water fountain and maps of the city’s trails once completed.

“Our Bike/Walk Committee actually really had the idea of making this trailhead more than just a place to start at mile marker zero,” Anderson said. “They wanted something that would be a destination.” 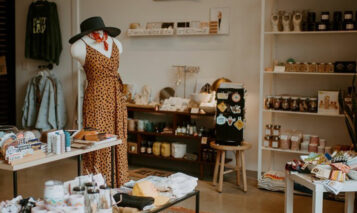