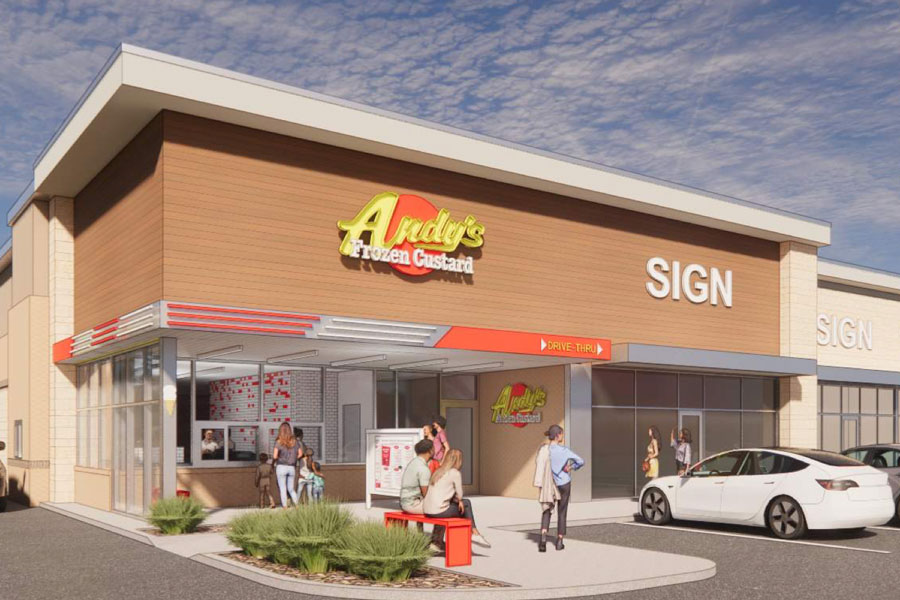 At this month's meeting, a split Overland Park Planning Commission ultimately moved plans for a new Andy's Frozen Custard forward with revised plans for the exterior. Rendering from city documents

It would take up the western most part of Building F1 at the commercial development, near the drive that leads into Panera, which is already standing.

The proposed exterior for the store includes lights along the store’s southern and western facades.

This amounts to two on the southern canopy and three on the western canopy.

Plan revisions: The Planning Commission originally heard the proposal for this Andy’s location at its meeting on April 11, but chose to continue it to May.

Commissioners previously had concerns about the store’s appearance and how different it would look from the neighboring businesses at Bluhawk.

Since then, Andy’s representative Jeff Kloch said the Site Plan Review Committee has worked with developers to take steps to keep the store from looking drastically different.

Some of those revisions included reducing the number of proposed lights on both canopies of the store, in addition to moving the lights closer to the corner of the site and further from the adjacent properties.

“This is a brand standard that we use,” Kloch said about the proposed lights.

Despite the revisions, city planner Keith Gooch said the city still recommended denial of the plan due to the lighting could impact other businesses at Bluhawk.

Where the commission landed: The commission was ultimately split on whether the revisions to the plan were sufficient and whether they would set a precedent for other businesses.

Commissioner Rob Krewson said he agreed with city staff that improvements had been made and did not want to recommend the plan be denied.

He compared it to Freddy’s Frozen Custard, which also has fairly consistent and distinct branding on its buildings.

“I’m comfortable with the improvement,” Krewson said. “I think this is toned down enough to where I can be supportive of it.”

Vice Chair Kip Strass pointed out that Freddy’s is an independent building, while the Andy’s in question would be connected to neighboring businesses. He said this might impact the consistency of the Bluhawk development.

“I totally support an independent lighting of a building on Andy’s, but it’s that multi-use aspect that I’m still having problems (with),” he said.

The commission ultimately approved the item on a 5-4 vote. 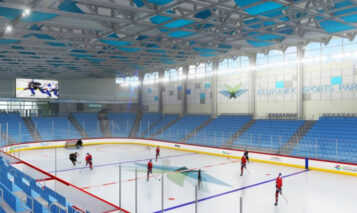 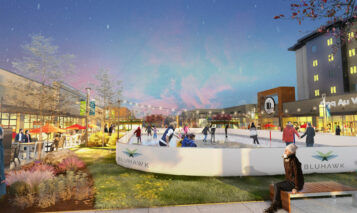 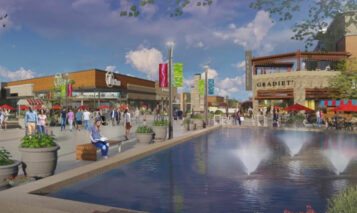